The Files of Ms. Tree: I For an Eye and Death Do Us Part 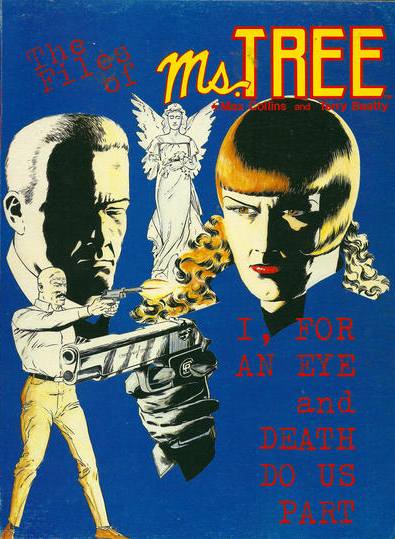 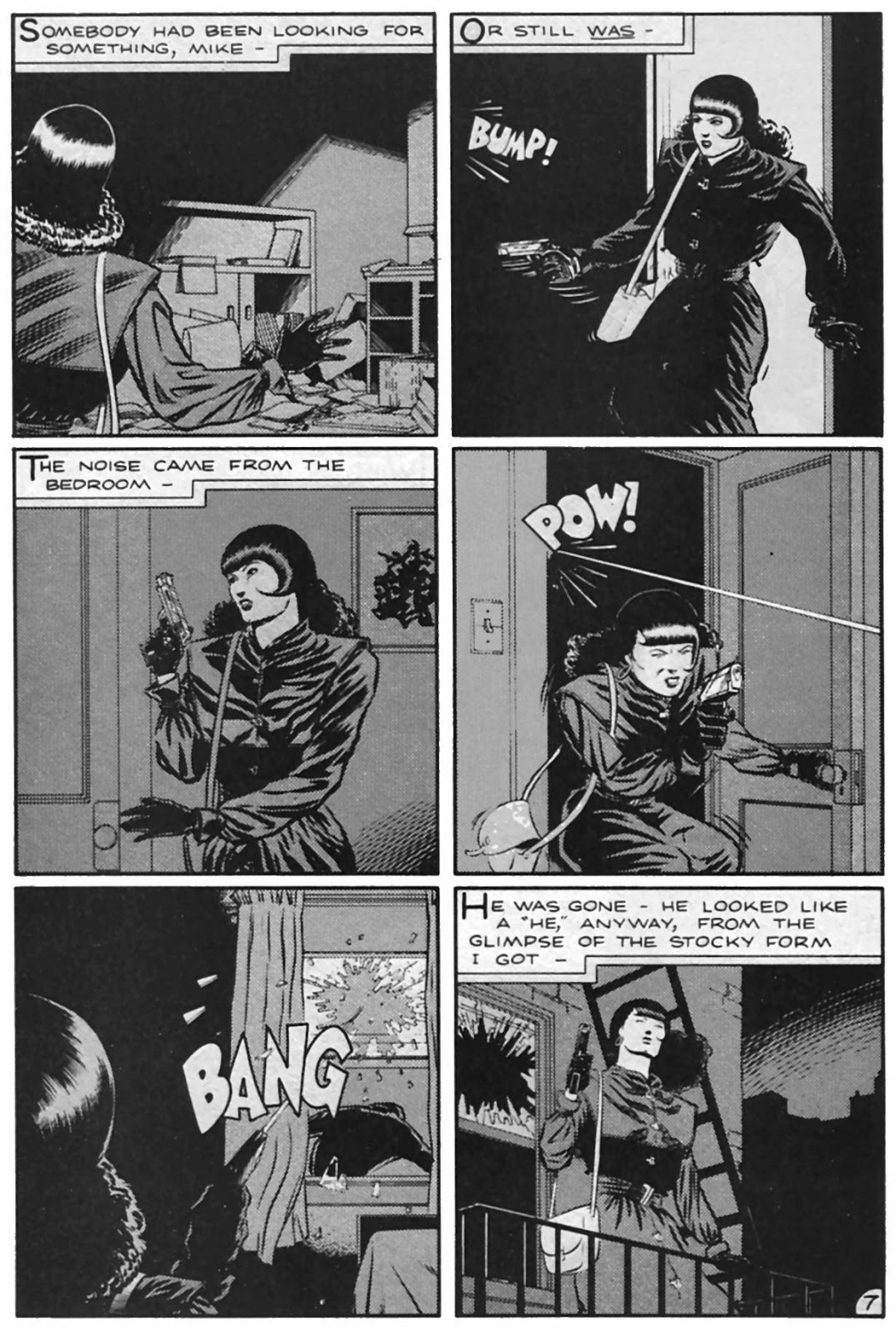 Back in 1984 the graphic novel form was in its infancy, but a collected format was a better fit for the tightly plotted crime mysteries plotted by Max Allan Collins and drawn by Terry Beatty. That they were producing crime stories for a market where almost every comic sold featured a form of superhero was unusual enough, but it paid off, and Ms. Tree was an independent comics fixture during the 1980s.

Ms. Tree didn’t debut in her own title, though, which accounts for the eight page chapters originally serialised in an anthology. The somewhat cumbersomely titled ‘I for an Eye’ starts by showing how the tough as nails private eye came to be, the starting point a good shock ending to the opening chapter for anyone who doesn’t know her full story. She’d once been a policewoman, quit to work in a detective agency, and then took that agency over.

Collins had written Dick Tracy newspaper strip for several years before Ms. Tree, and applying the same techniques results in an incredibly fast-paced story with something of substance taking place in every panel, and it being rare that any scene continues longer than a page. The result is all characterisation being very broad and servicing the plot, and too many occasions when someone is shot just before revealing vital evidence.

Beatty’s art evolves considerably over the first few chapters. He starts by adopting a slightly more finessed version of the style used for 1940s detective comics, which develops into less noir and more open illustrations. Over this entire collection, though, he never loses a stiffness making it seem as if the cast are posing in many panels.

The fast pace continues until the final page, although there’s a reasonable chance readers will figure out the person behind much of what goes on before Ms. Tree does, a narrative casualty of having to introduce a large cast in short chapters. Other aspects will still surprise, though, as Collins unfurls a broad ranging plot, but it’s a promising start rather than the real deal.

‘Death Do Us Part’ is better. Collins adjusts to what can be done in eight page chapters, making greater use of the available space, slowing down the pace, and lingering longer at the locations. He provides a clever continuation of the first story, that of lives moving on and loose ends dangling rather than a contrived scenario. Ms. Tree begins to look at the bigger picture and the mobs who pulled the strings of the crooks in the opening story, and all trails lead back to the Muerta family. He also adds depth to Ms. Tree’s character, and it’s here that the extremely capable, but not necessarily very likeable personality begins to evolve.

Paperback format reprints of the earliest Ms. Tree stories continue with The Cold Dish. Alternatively, these two stories are combined with that story in the 2021 Hard Case hardcover The Cold Dish. 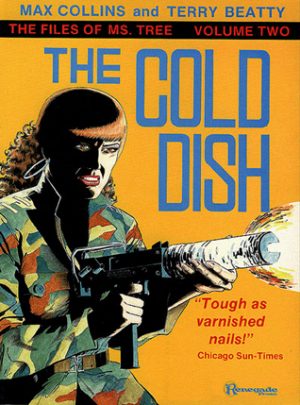