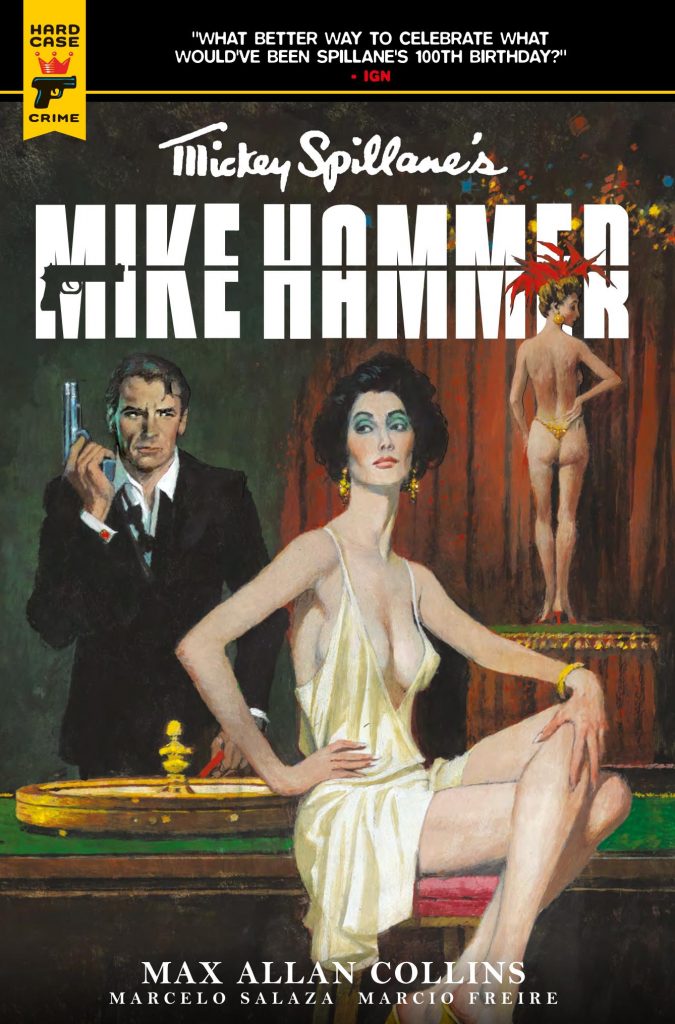 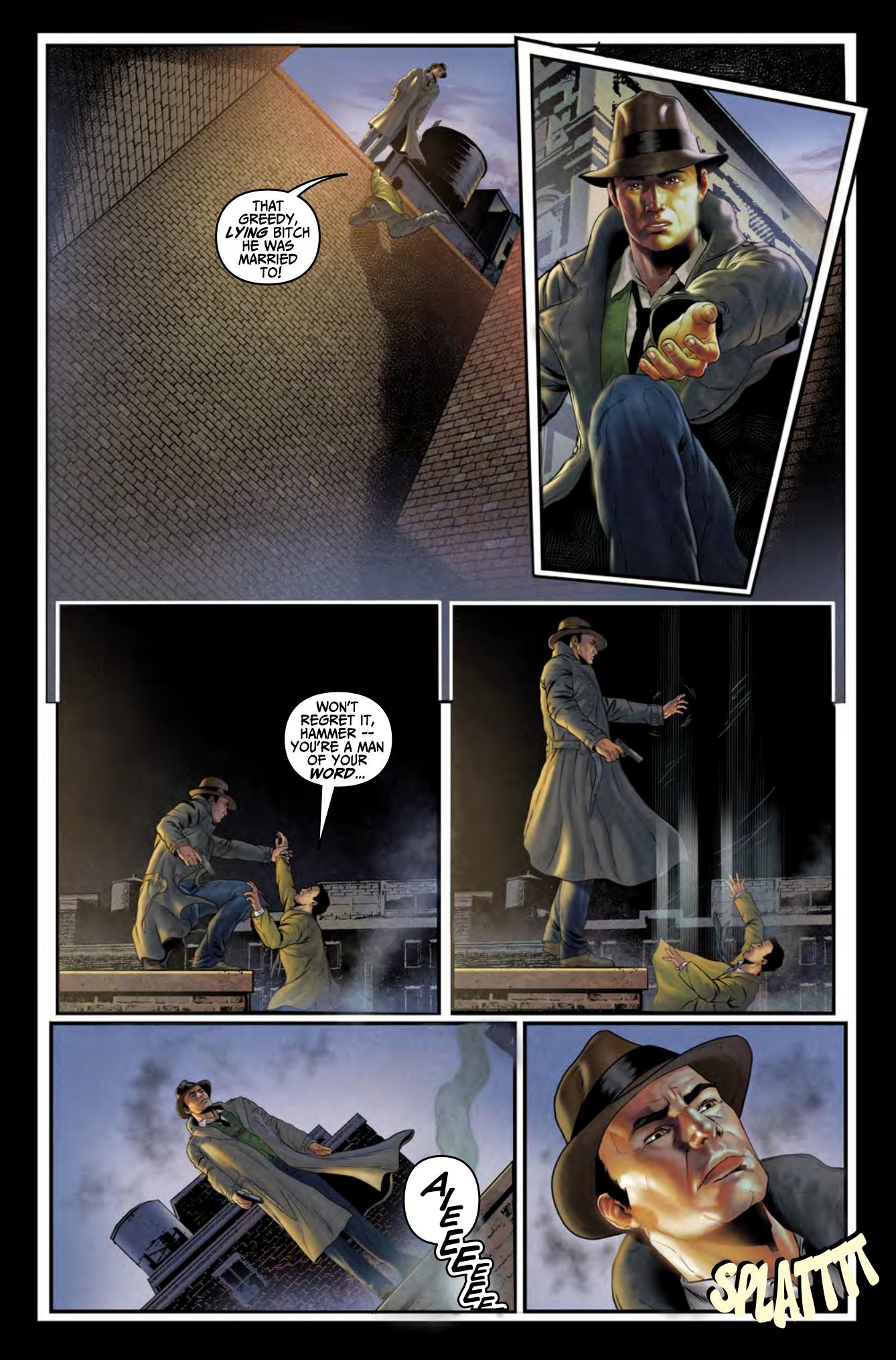 Micky Spillane didn’t invent the hard boiled detective with Mike Hammer, but he ramped the archetype up several notches. Hammer doesn’t see himself working for the law, but instead prioritises justice, and as seen by the sample page, if his sense of that is outside the law it doesn’t greatly concern him. He’s a violent brute of a man, for whom the means justify the ends, constantly provocative and he never backs down.

The Night I Died was a short story first published by Micky Spillane in 1998, although he wrote it in 1953, and with Max Allan Collins’ considerable experience with Mike Hammer there’s no-one better to produce a graphic novel script. Spillane himself briefly wrote comics in the 1940s, which may account for his clipped writing style where not a word is wasted. Collins delivers this magnificently, Hammer amoral and remorseless, yet with a dry wit to his threats and eulogies. We first hear how the kneecap of gangster Carmen Rich was collateral damage as Hammer was on an earlier mission, and that he’s a man who holds a grudge. A year later he’s gone up in the world, running a club the police can’t raid, and word is leaking that he now wants Hammer dead.

Marcelo Salaza is a decent artist on the wrong project. He grasps that Hammer is a thug on the loose, but does little to create an authentic noir vibe. Hats apart, Hammer could just be a guy that likes retro joints, digital recreations that are technically good, but lack the lived-in look a noir thriller needs. It’s also very rare that the locations are fleshed out with anyone beyond Hammer and whoever he’s talking to, both of whom can be stiffly posed. There’s also a disappointing clumsiness to the final page. We know what’s happened, but not exactly how. Marcio Freire’s choice is for extremely bright colouring. Reversing the visual expectation of a noir thriller is a viable surprise, but the result shows why noir thrillers work better in the dark.

As Hammer goes about his business, the corpses pile up, Collins pacing the revelations and encounters with other thugs exquisitely, a new twist in every location. It’s down to Spillane that the story title is constantly hanging over us. How and where is Hammer going to die? Did Spillane actually write a story where his luck ran out? There’s no cheating here, although the surprise indicates how old The Night I Died is. Modern day readers have seen numerous variations on the critical scene, whereas it would have been relatively novel when Spillane plotted it. No matter, we’ve been given a fine sequence of thrills. If only the art was more suitable.

Bonus material includes the covers produced for the serialising of the four chapters, and two of Spillane’s text contributions to the comics he wrote in the 1940s. Trouble… Come and Get It and Killer’s Return both clock in at four pages with illustrations. They’re lurid thrillers, both with a clever twist.