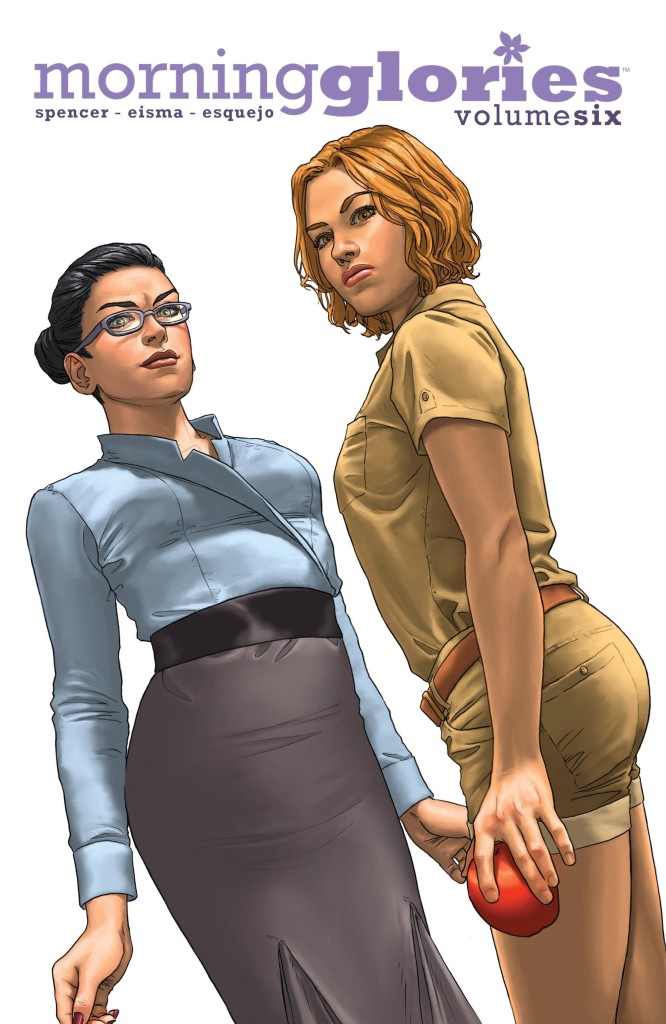 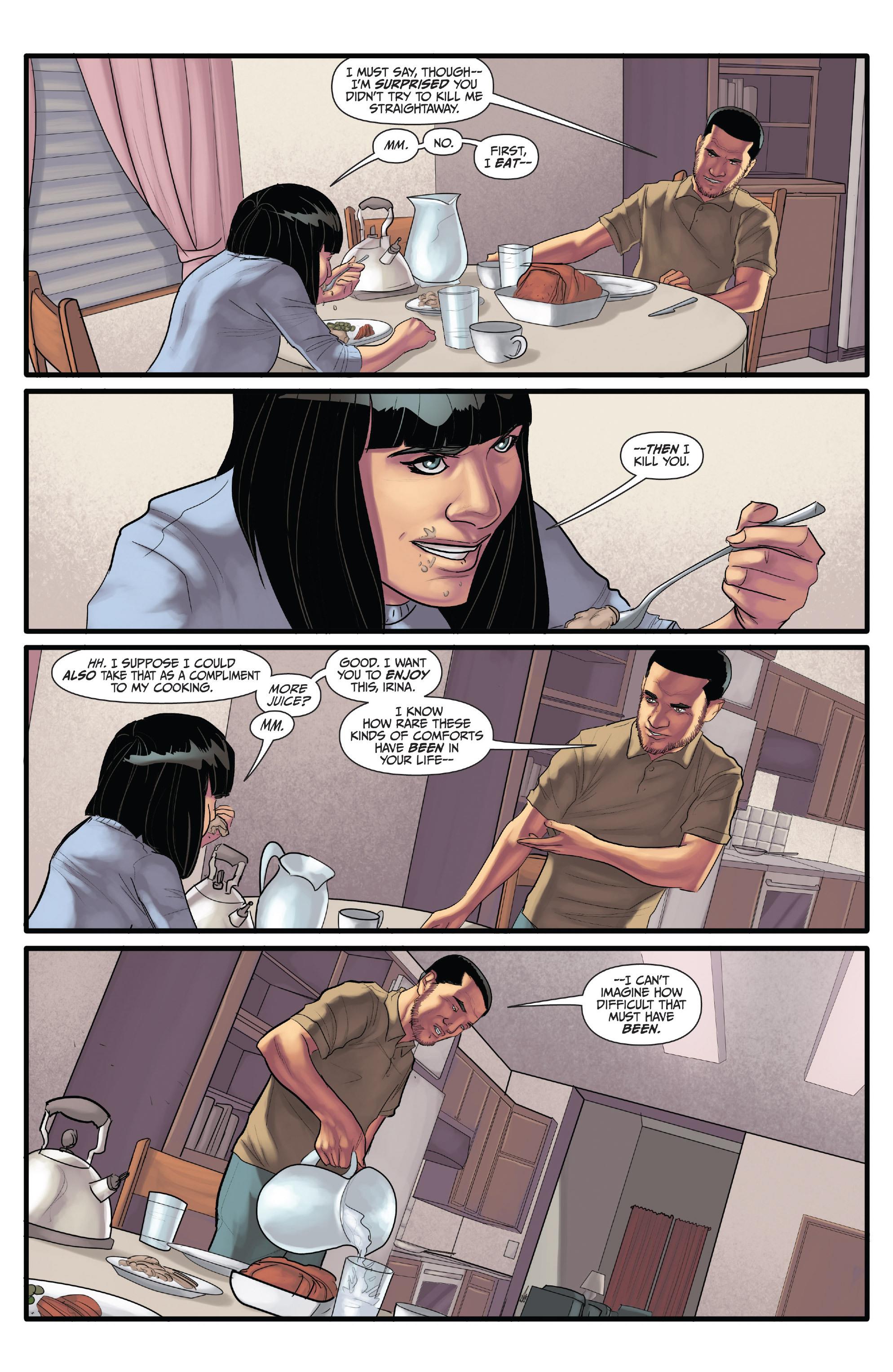 What with volume five‘s settling of the dust, the horror previously so prevalent was in short supply. Nick Spencer and Joe Eisma rectify that immediately as the opening chapter looks in on Irina, would-be school revolution leader. The glimpse into the Ukranian girl’s past certainly indicates how she became the deadly present day teenager, and how the brutality of the Morning Glory Academy’s regime might not be as intimidating for her as it is for others. It’s a shocker.

As he did in volume two after the hurly burly of their introduction, Spencer takes a step back to spotlight several pupils in their own dedicated chapter. This mixes both the newer faces introduced in Truants, Irina and Vanessa, while also giving us a look at Hunter, the guy we now know as Hisao and Jade. This occurs in the process of further broadening the cast both among pupils and faculty.

From the opening volume there’s been a stiffness to Joe Eisma’s art, and this is even more apparent in the final chapters here, which look rushed. There’s a poor posed quality to a boxing match that’s the emotional centrepiece to the entire book, and his outlines have become more angular and his backgrounds more spartan. The storytelling remains strong, and as Spencer’s gradually increasing the ethnicity of the cast, Eisma’s responded well. He doesn’t just illustrate one standard face with a few accessorised variations, but ensures the individual heritages are recognisable.

This is a breath-catching exercise, the character studies deepening our knowledge of existing cast members, and the final page would appear to confirm that one of them has a story still to tell. The mood varies from chapter to chapter, with some reflective, others angry, and although this is marking time, Spencer ensures we still get some plot bombs to prod us toward volume seven, which is more of the same.

Demerits is available with the remainder of volumes one to seven in the Morning Glories Compendium, or along with both the previous and next books in the third hardback Deluxe Collection.