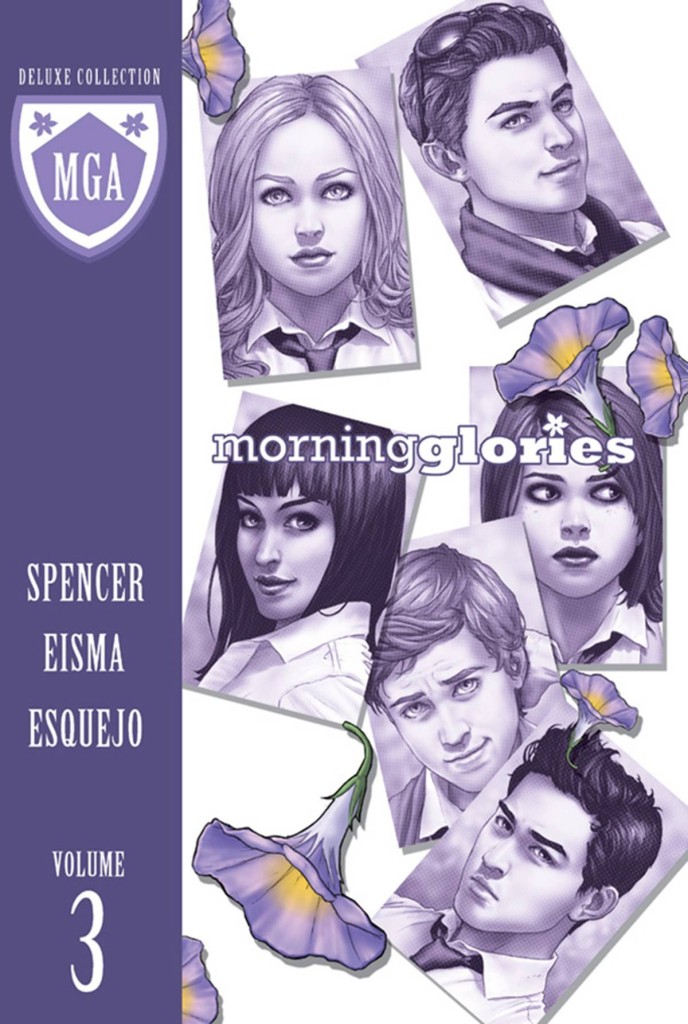 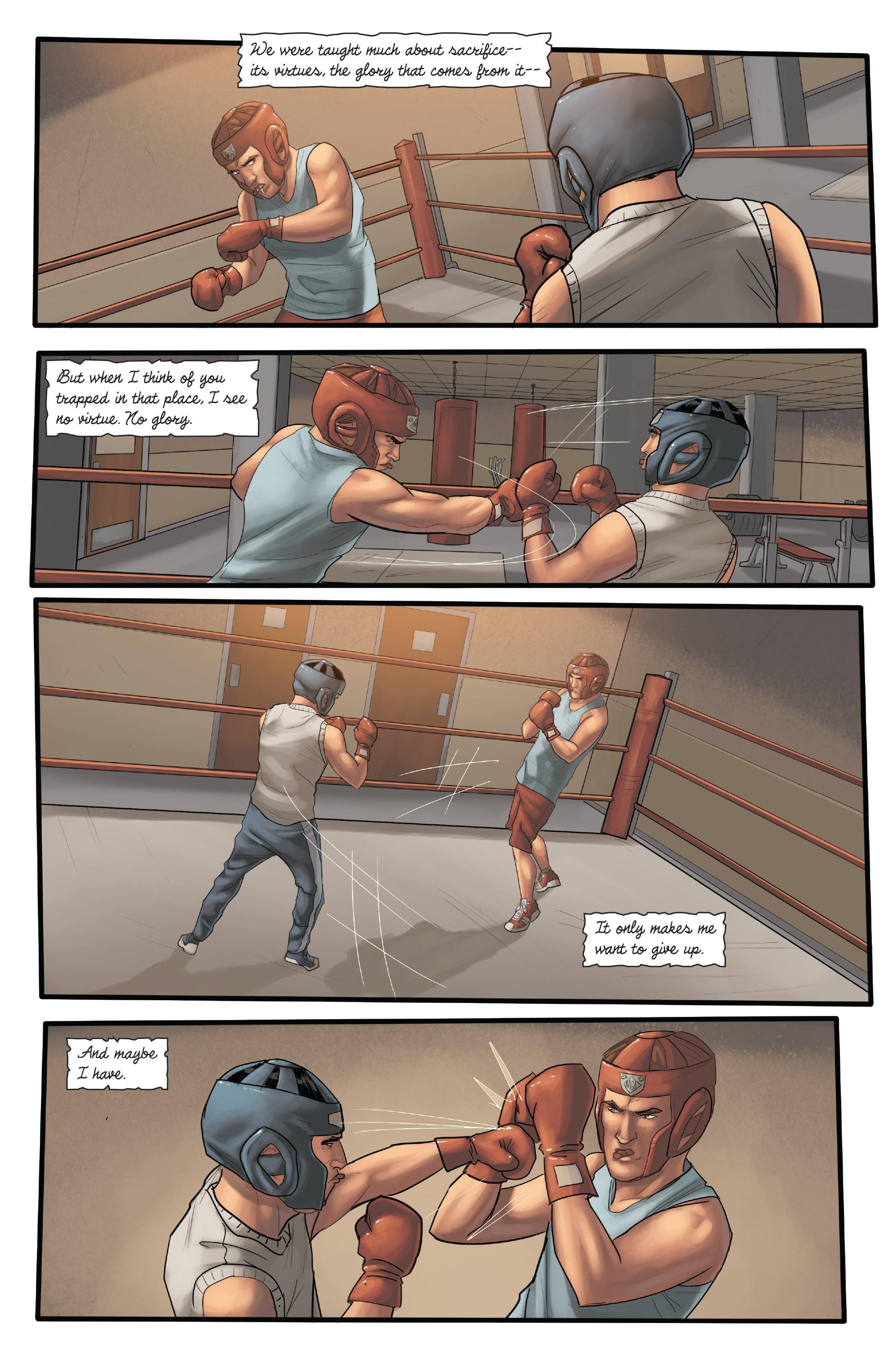 Morning Glories really has been a series of checks and balances, every positive aspect reflected by something not as satisfying, and it’s exemplified by this third hardcover collection gathering what were volumes five, six and seven of the paperback series.

The first of those was the best to date, providing a far greater suspense, tension and sense of anticipation than even the opening shot. This wasn’t by more gratuitous violence inflicted on the pupils of Morning Glory Academy, but via exploring the bigger picture and by an uncertainty of how what’s been set in motion would play out. It’s far from the full and frank revelation of everything that preceded it, but there’s a very different mood about things with Casey and Jade the focus, but not in the way that’s expected, which is always good writing.

Once the dust has settled though, much appears to be as it was (although may not be) and Nick Spencer runs a series of individual chapters, the majority spotlighting the new characters introduced in the final stages of the second Deluxe Collection. There’s a couple of decent plot bombs among interesting back stories, with Irina perhaps the first pupil for whom MGA is a walk in the park compared with her previous life. The problem with this is that it’s basically repeating the elements from previous books while barely progressing the bigger story. Complex relationships between the cast members over a prolonged period are being played out in soap opera style, but Spencer really needs to find some method of contracting these. If he doesn’t Morning Glories will become a never-ending loop of its own. Yet, decades on, the Prisoner TV show is still beloved for doing much the same without ever producing definitive answers.

Artist Joe Eisma is brilliant at distinguishing a broad multi-ethnic cast, and has a solid storytelling sense. His balance is provided by very static and posed figures, and as the book progresses by an increasing reliance on the most rudimentary digitally created backgrounds. These fill the space, but give the impression of the cast existing within a very basic video game scenario. Of course, as no answers are forthcoming, that could well be the case. Let’s presume not, though, as this would be deliberately making Eisma look bad. Over too many pages there’s never any sense of whatever environment is pictured being anywhere people exist. There are no personal touches, no elements of decoration, no sense of wear and tear, just very plain set creation and it detracts from the emotional pull, particularly in what should be a tearjerker of a boxing scene.

Those to whom none of this matters are best advised to go the whole hog and pick up the content of the first three hardcovers in one bulky paperback, the Morning Glories Compendium.