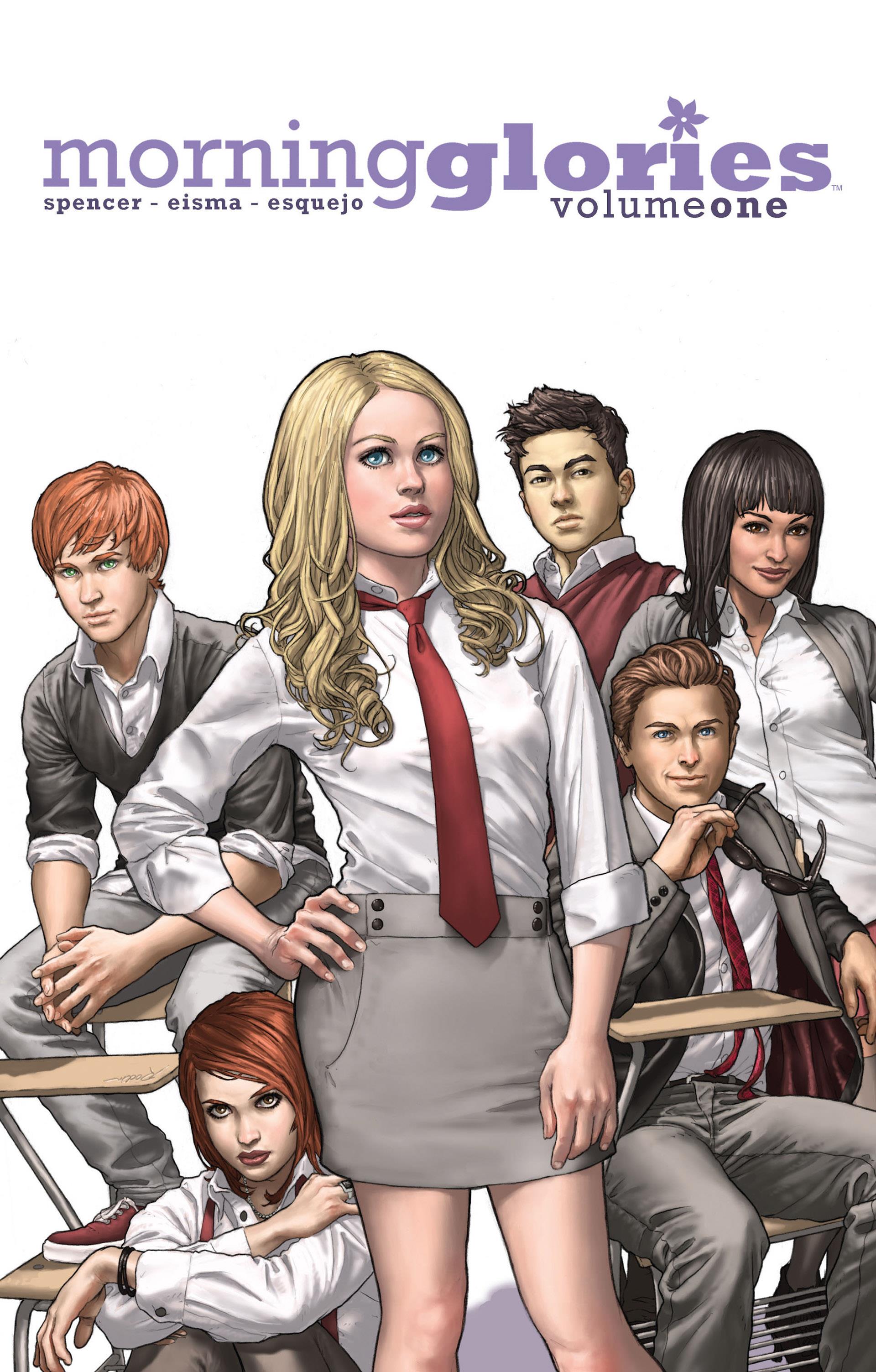 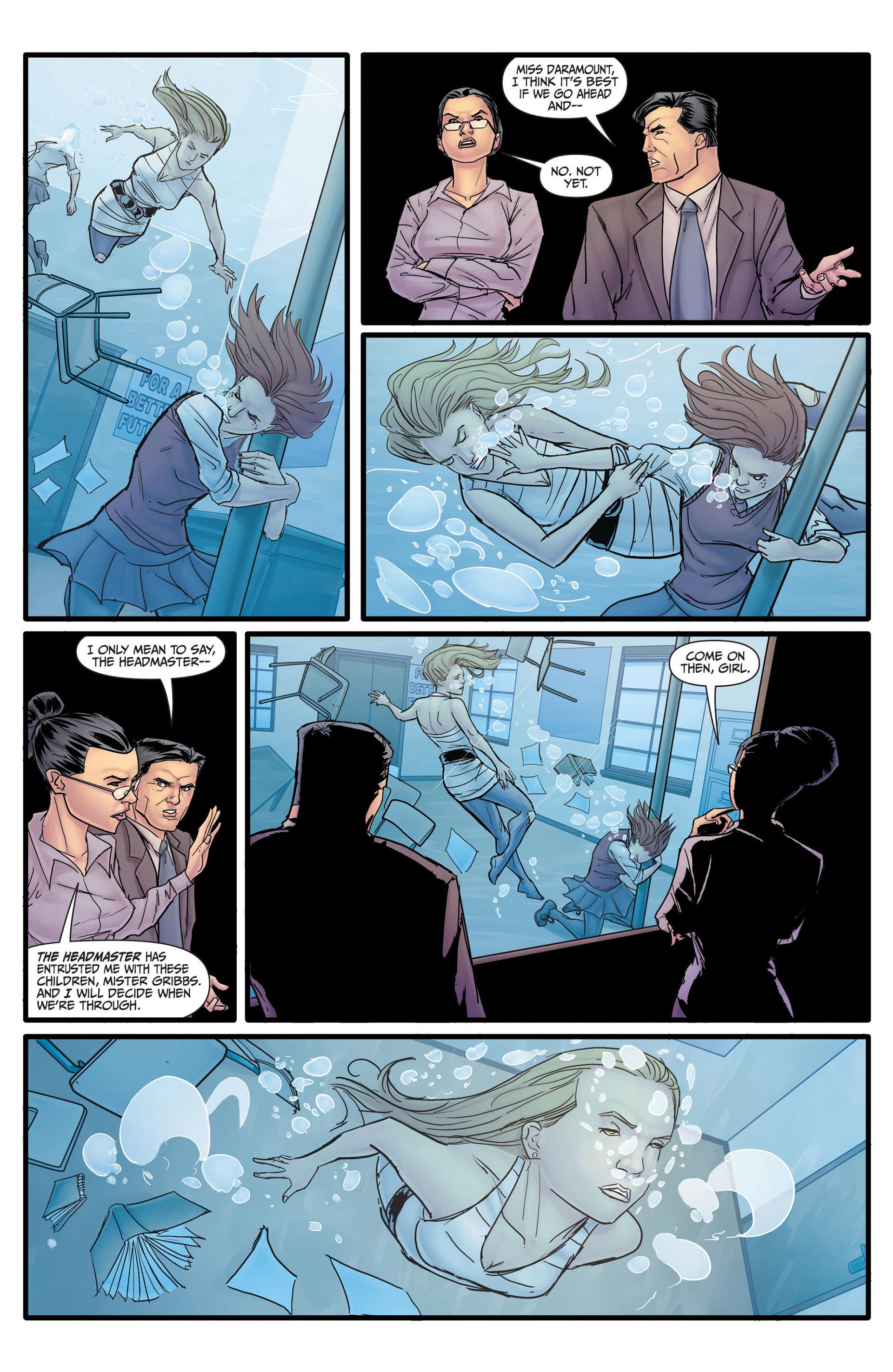 There’s been quite the explosion in graphic novel series dealing with sinister educational establishments since Nick Spencer and Joe Eisma first began serialising Morning Glories in 2010, although it’s long been a staple of Japanese Manga serials and of British girls’ comics. Morning Glories, though, takes matters one step further. This isn’t bullying and unpleasantness the children face, it’s life-threatening intimidation, and that’s by the faculty staff.

The creators start at full pelt, with a classroom situation well reversed, followed by a headlong rush, martial arts, and the gratuitously unpleasant torture of a pupil by the teaching staff. Become used to that sort of sadism as it’s a recurring feature of Morning Glories, with Spencer gleefully devising new unpleasantness with every volume. To settle one matter from the start, being a US citizen, Spencer is presumably unaware of his title’s common useage in the UK, which would provide the series with a sleazy undertone. Particularly in combination with Rodin Esquejo’s somewhat exploitative covers sexualising school girls.

After the rush of the opening there’s a leisurely introduction to Morning Glory Academy’s new intake. Spencer deliberately characterises almost all on a scale of unpleasantness, with arrogant, spoiled and indulged as starting personality elements. This is clever plotting, as having read the opening pages, we know what they’re in for. Just to twist the knife, though, it’s the likeable pupil targeted for the first major trauma.

Eisma has a tricky task. He has to ensure all the pupils are identifiable wearing essentially the same uniforms, although their personalities modify those. By and large he’s good at providing a surface sleekness, but look at the pages too long and there’s a consistent awkwardness about the way he poses the characters, and very little sense of movement.

As the book continues, the opening unpleasantness is revealed as the least of the iniquities and life-threatening situations faced by pupils at MGA. They’ve all been selected due to their intelligence, and are now being processed and programmed for purposes unknown, and this first involves breaking them down. The kids are there in the first place, however, because they’re smart and resourceful, so some will break down easier than others. By the end of the book a Scooby gang have pretty well formulated, and the furtive fightback has begun.

The final chapter appears to be a glimpse into the future, and the surprise conclusion indicates a different underlying personality for a character we’ve already seen.

Such is the extent of rum goings on, and lack of concern for the well being of teenagers that there’s a considerable shock value to this opening volume of Morning Glories, and Spencer escalates those shocks well. As a series overall, this isn’t sustained. The good ideas are packed in early, and much of what follows (nine volumes to date) looks backward from this initial scene-setting, although Spencer perpetuates the mysteries enough to drag along a readership.

For those who prefer this is also available combined with volume two in the first of three (to date) hardcover Deluxe Collections. If you really want to dive right in with your boots on, you also have the choice of the Morning Glories Compendium, collecting volumes 1-7. 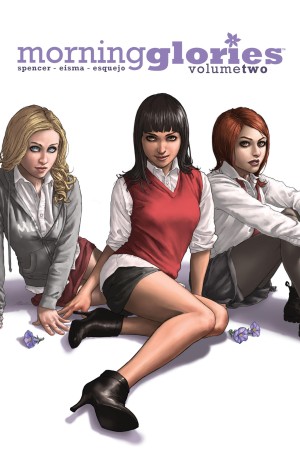 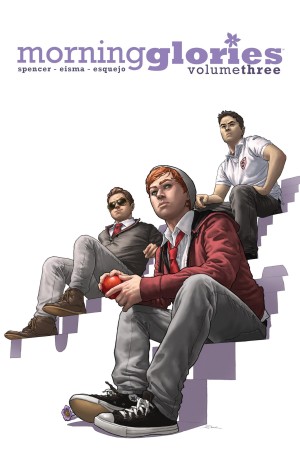 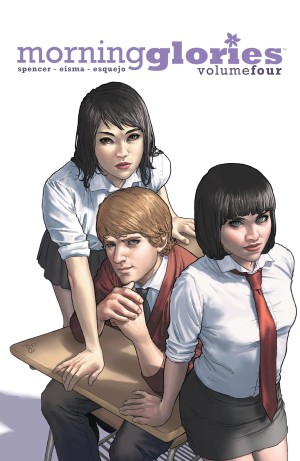 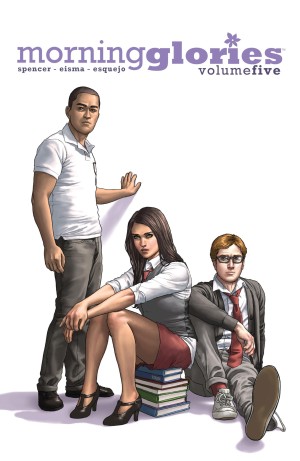