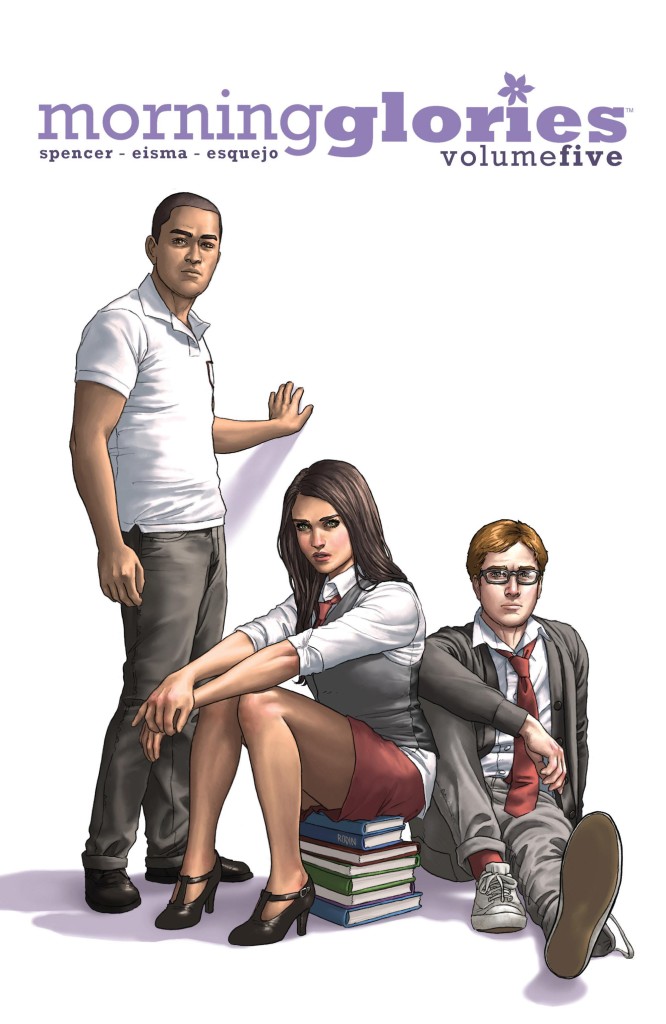 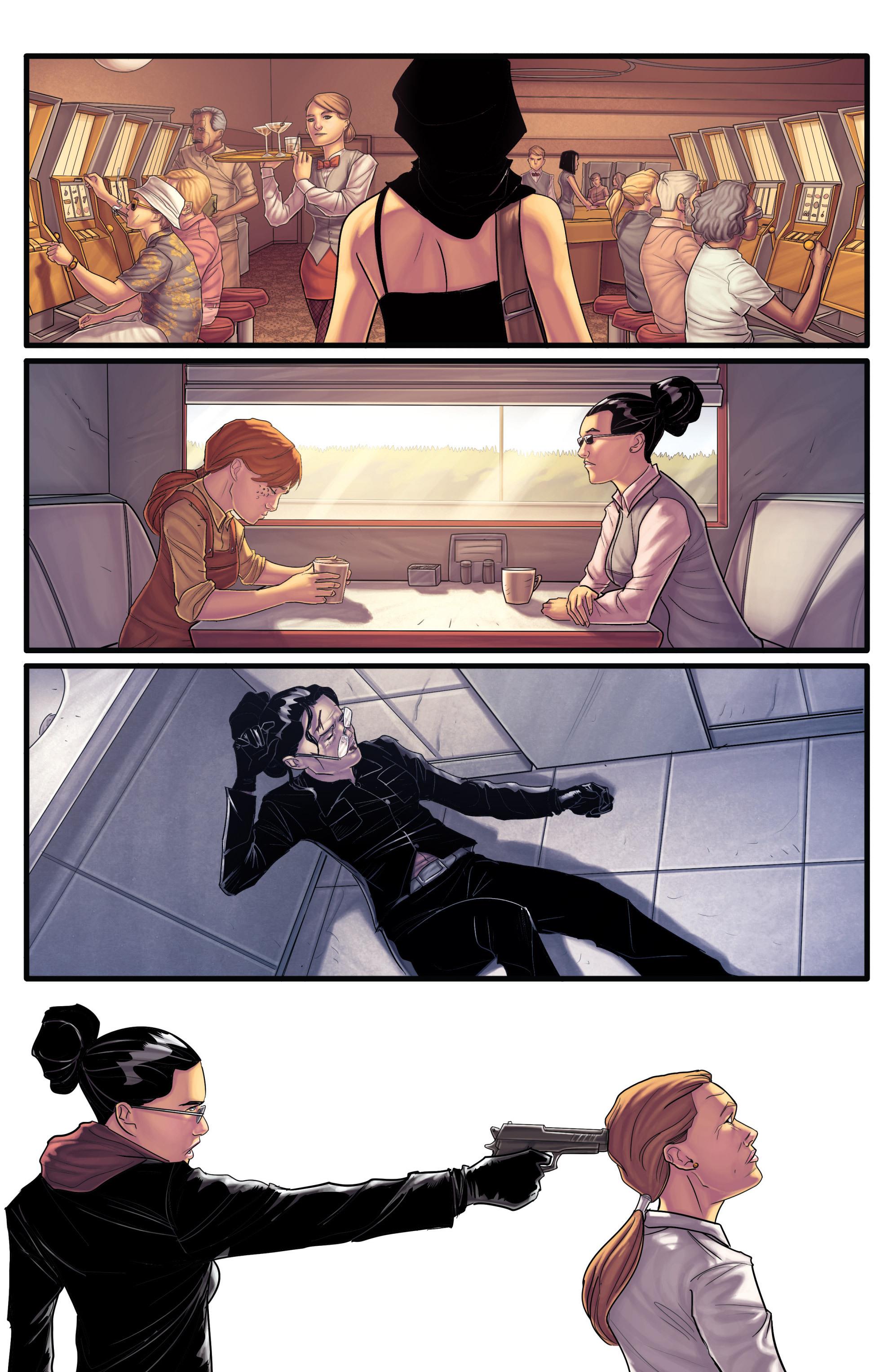 Morning Glory Academy is a very twisted version of the X-Men’s School for Gifted Youngsters, part torture chamber and part ivy league prep school, populated by teenagers largely unaware of their gifts, which appear to be minor when compared to the X-Men. Perhaps the best way to consider the story as a whole is visually, as a giant jigsaw being constructed on a tray. The opening book provided the equivalent of a whole chunk of pieces around two thirds of the way down. Every successive book has dropped in a few more pieces from around the board, most higher up, a few lower down. The end of volume four, though, apparently had someone come along and kick the whole board up in the air. We now start Season Two.

It might have seemed as if Nick Spencer had forgotten about Casey, stranded in the past from the early pages of volume four, but she now steps back into the spotlight in the company of Ike’s father, not doing so well in the present. The impression is given that Casey lives through a lot, influences a lot and sets up a lot, but most of a twelve year period is glossed over in passing, a narrative necessity. Those wanting more information are directed to volume eight. When there are prolonged sequences of an adult Casey they’re among the best in the series to date, quite heartbreaking in fact.

Part of that is because it’s taken until volume five, but Spencer is now providing some answers. Not to everything, but enough so the bigger picture becomes a little clearer. An awareness of the stakes is apparent, and three different alliances are attempting to ensure the way the pieces drop back onto the board is in their favour. Four of the six teenagers introduced in the first volume are key, and there’s a tension perpetuated here that extends beyond the horrific killings providing the shocks until now. For all the repetition and lethargic progression it’s always seemed as if Spencer has a masterplan, that he’s not just stringing us all along and he’ll figure it out later, and it’s now coming to fruition amid the dreams of René Descartes and biblical analogues.

Joe Eisma’s storytelling is very good, but there’s still an awkwardness about his figures, which remain stiff and posed.

In isolation volume five, won’t make any sense, but as a sort of culmination to what’s been published to date it’s very good indeed, and thank God we’ve finally been given some answers. Not all, mind, as there’s volume six to consider.

This is available with the remainder of volumes one to seven in the Morning Glories Compendium, or along with the next two books in the third hardcover Deluxe Edition. 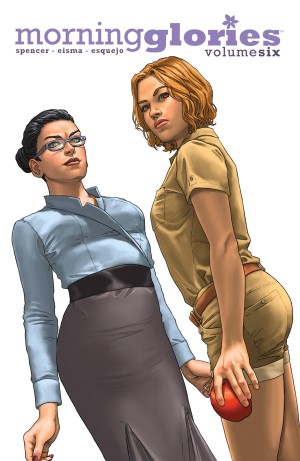 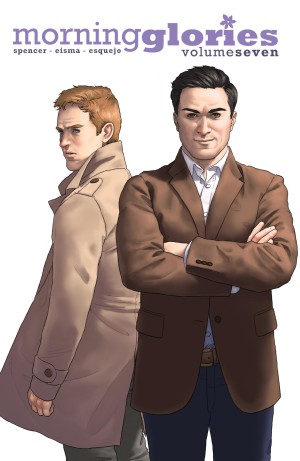 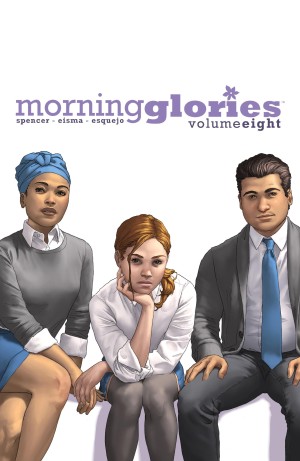 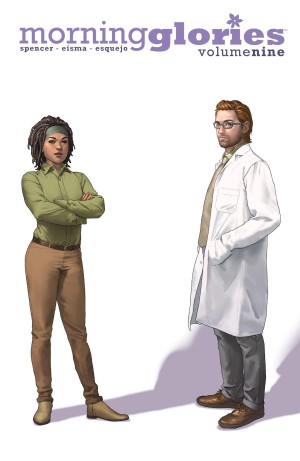