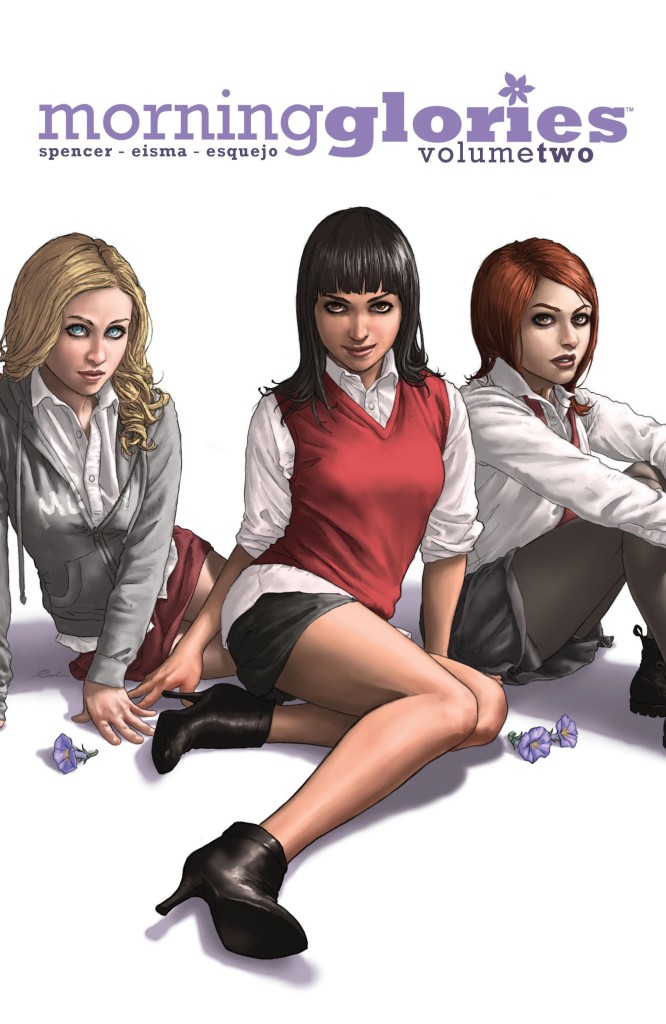 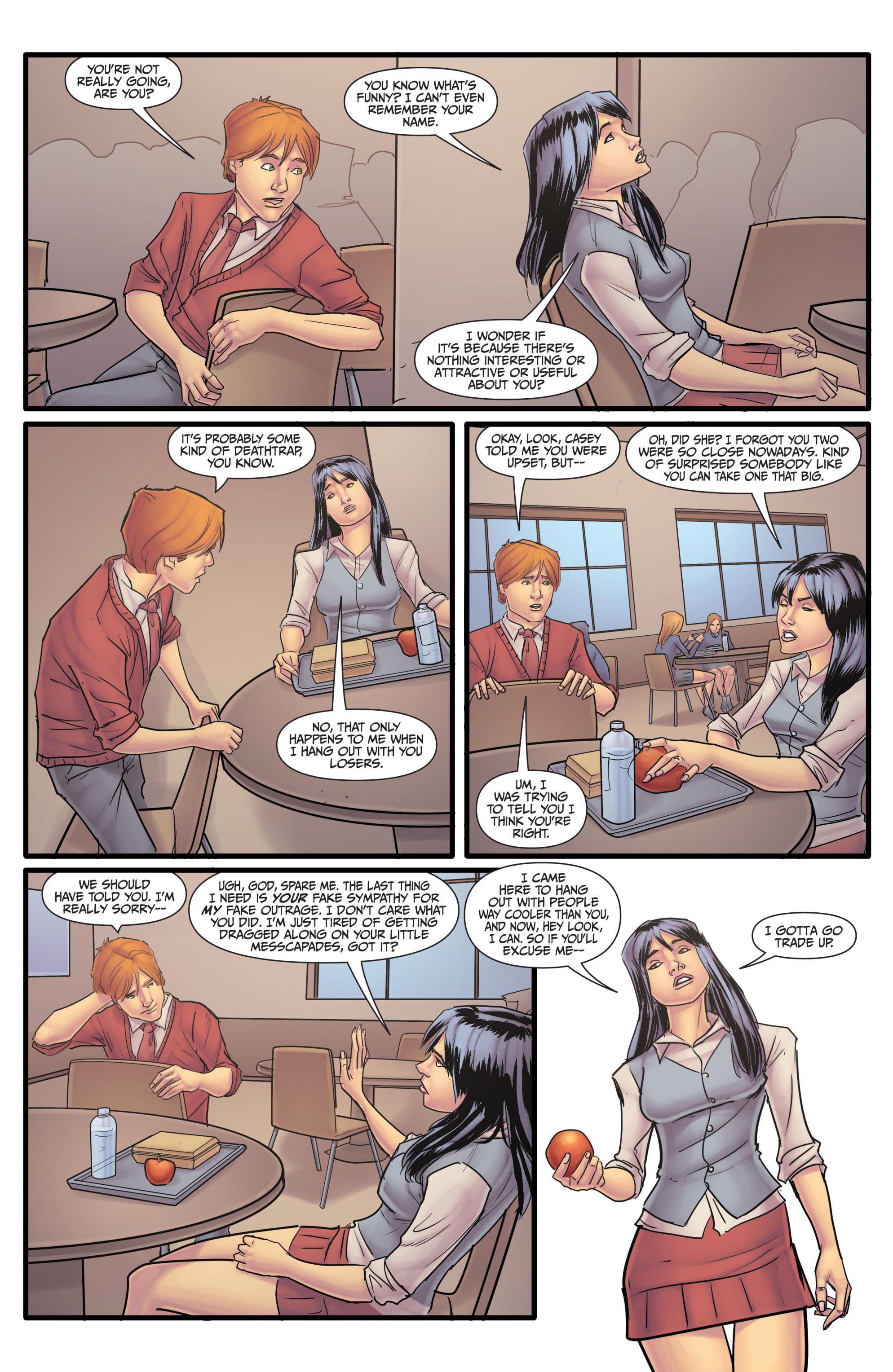 In the course of volume one six new pupils were selected as students for the prestigious prep school Morning Glory Academy, its academic record a lure to ambitious parents and students alike. Arriving there, they rapidly discover the school has a brutally individual method of handling pupils and there’s no chance of escape. Most fall into line. The school select their pupils on the basis of being exceptionally gifted, yet there appear to be other, as yet unrevealed criteria.

With the background established, this second volume concentrates more on the cast, with each being the lead for a chapter. Zoe’s Indian heritage is revealed, and she’s tempted with social climbing opportunities beyond those available to her recently arrived peers, but that comes at a cost. Hunter is the friendly, uncomplicated guy he appears to be, but has a unique shortcoming. A solution to a mystery from the opening book is provided in Jun’s chapter, and while extremely capable he has a cross to bear. Jade was the most tragic of the previous book’s intake, yet the final chapter revealed a possibly different side to her, and that’s explored here. Ike was almost caricatured as arrogance and self-interest personified, so no change there, but we learn his background. Casey was the most prominent of the cast in the first book, so doesn’t warrant a chapter, but flits through everyone else’s tales. It leaves the space to drop in on the school counsellor.

Joe Eisma’s art again looks very polished on the surface, but look more closely in the places where the plot’s not dragging you along and a problem with movement becomes apparent, the cast all having a stiffness about them. The bodily proportions are hit and miss as well, with panels that look as if Eisma began by drawing a head, and on completing it realised there wasn’t enough room for the remainder of the body, so squishes it into what’s left of the panel. Alex Sollazo’s colouring goes a long way to disguising matters.

Amid the individual stories, assorted items of significance connected to the bigger picture are also disclosed, one touching on the seemingly odd insistence that all pupils arriving at MGA share the same date of birth. Another is a character who’s intervened in the lives of most of the leads before they turned up at MGA.

Nick Spencer’s plotting is very tight. While individual chapters have their focus, there are places where the stories cross over, and he establishes a time line by repeating brief scenes. Anyone expecting any major plot revelations, though, only has the final panel with which to console themselves. Spencer’s release of answers is the dripping tap variety, and that will drag most readers into volume three.

Volume one of Morning Glories Deluxe Collection combines this with the previous volume, or for the really enthusaistic there’s the Morning Glories Compendium in which this is gathered along with the remainder of the first seven volumes.