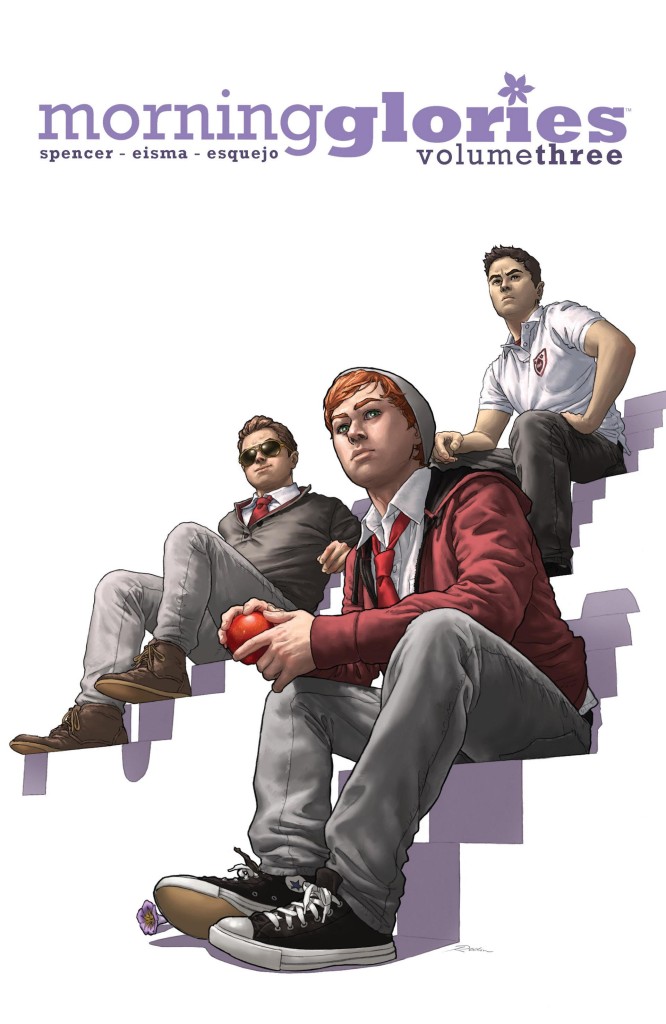 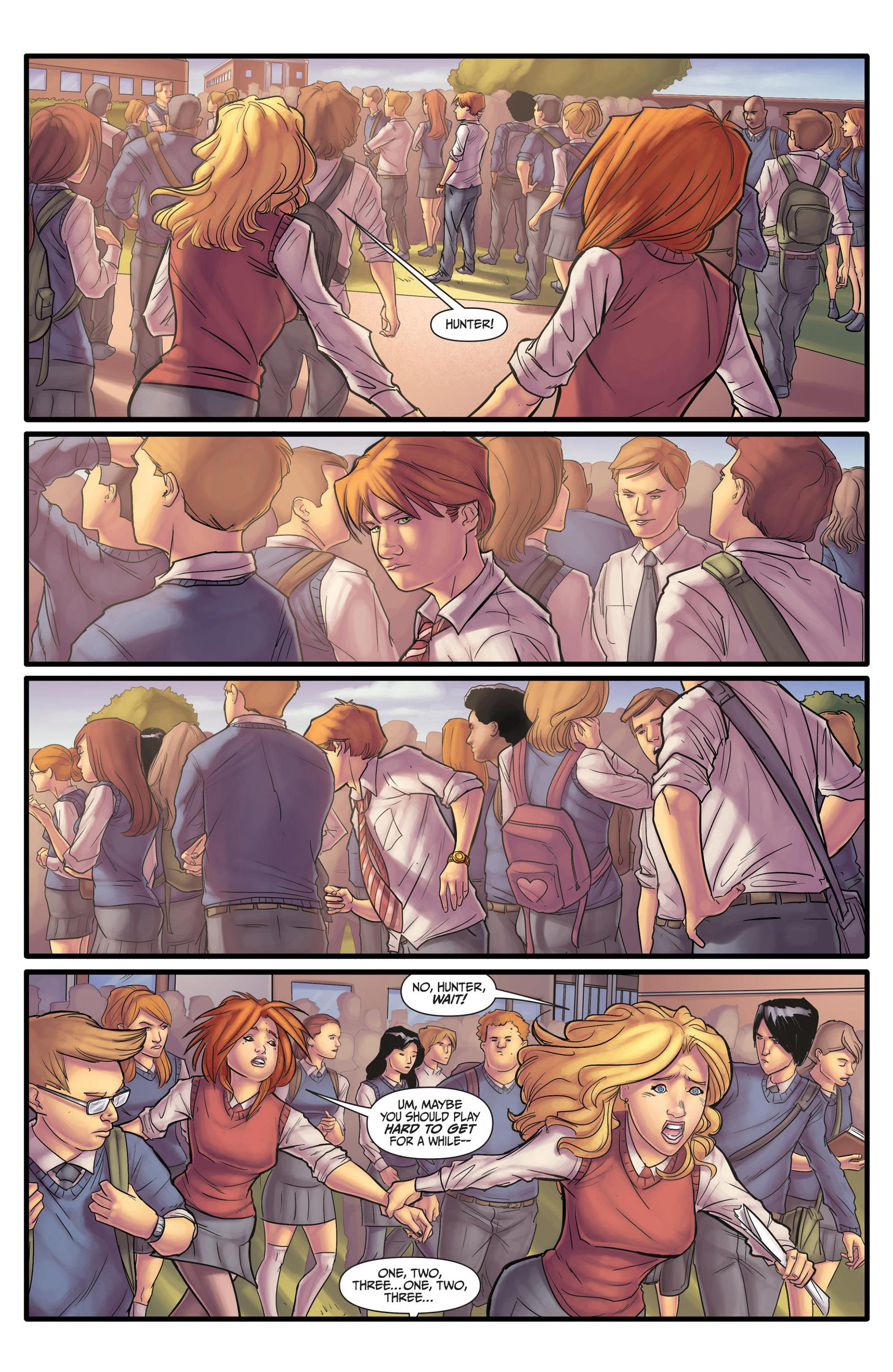 So far we’ve seen the sadism and brutality exercised at Morning Glory Academy, but without checking in on a phys ed class. Nick Spencer and Joe Eisma put that right in the opening chapter. It’s strangely subdued, though, almost providing a respite from the mental torture and physical abuse of the previous books.

Volume two gave us back stories to the main cast, and there’s a lot more of that here, with varying degrees of success. Zoe’s experiences prior to attending MGA, for instance, continue almost directly from the revelations of the previous volume. It’s a rare tension free zone, which presumably isn’t the intention, but seeing as we already know she survived the circumstances and the brief revelation in volume two supplied all the necessary character building, it seemingly serves no purpose. As events in the present day play out, it’s also predictable. Until the end, which is a shocker.

Far more interesting is Casey’s story, also involving hefty doses of the past, but incorporated in an entirely different manner. This is clever plotting from Spencer, adding to the background of the bigger picture while also explaining why Casey’s the way she is, on a subconscious level at least, although her experiences bring that more to the fore. There’s also a great poignancy to the relationship between Casey and her father, which takes a complete and well-plotted shift.

There’s a lot of reconfiguring the past here, which serves well in underlining why some of the cast are at MGA in the first place, and that, in some cases at least, they aren’t the people we might have presumed them to be. Spencer doesn’t always play fair narratively, though, and reading the original serialised comics rather than the graphic novels must have been a frustrating experience. He’s plotting Morning Glories as a novel, and if this means a shock ending to a chapter isn’t followed up for eighty pages, so be it. Give him credit for one hell of an ending to this book, but don’t look for any immediate answers in volume four.

Aisma continues to have problems with bodies, with heads that are slightly too large contorting the remainder, and with depicting the cast as anything other than holding a pose. His storytelling’s good, and if Spencer’s doing his job well enough the problems with the art withstand the eye.

Spencer convinces that he has the answers to the questions we all have, but it would appear they’re not going to be rushed into print. P.E. can also be found as part of the second Morning Glories Deluxe Collection, and with the remainder of the first seven volumes in the Morning Glories Compendium.