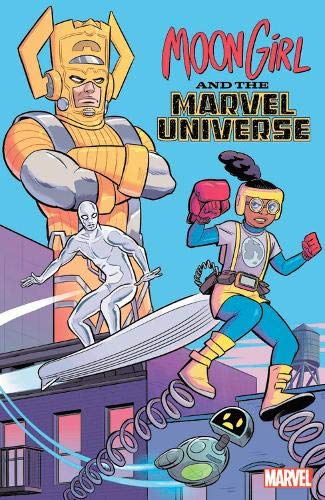 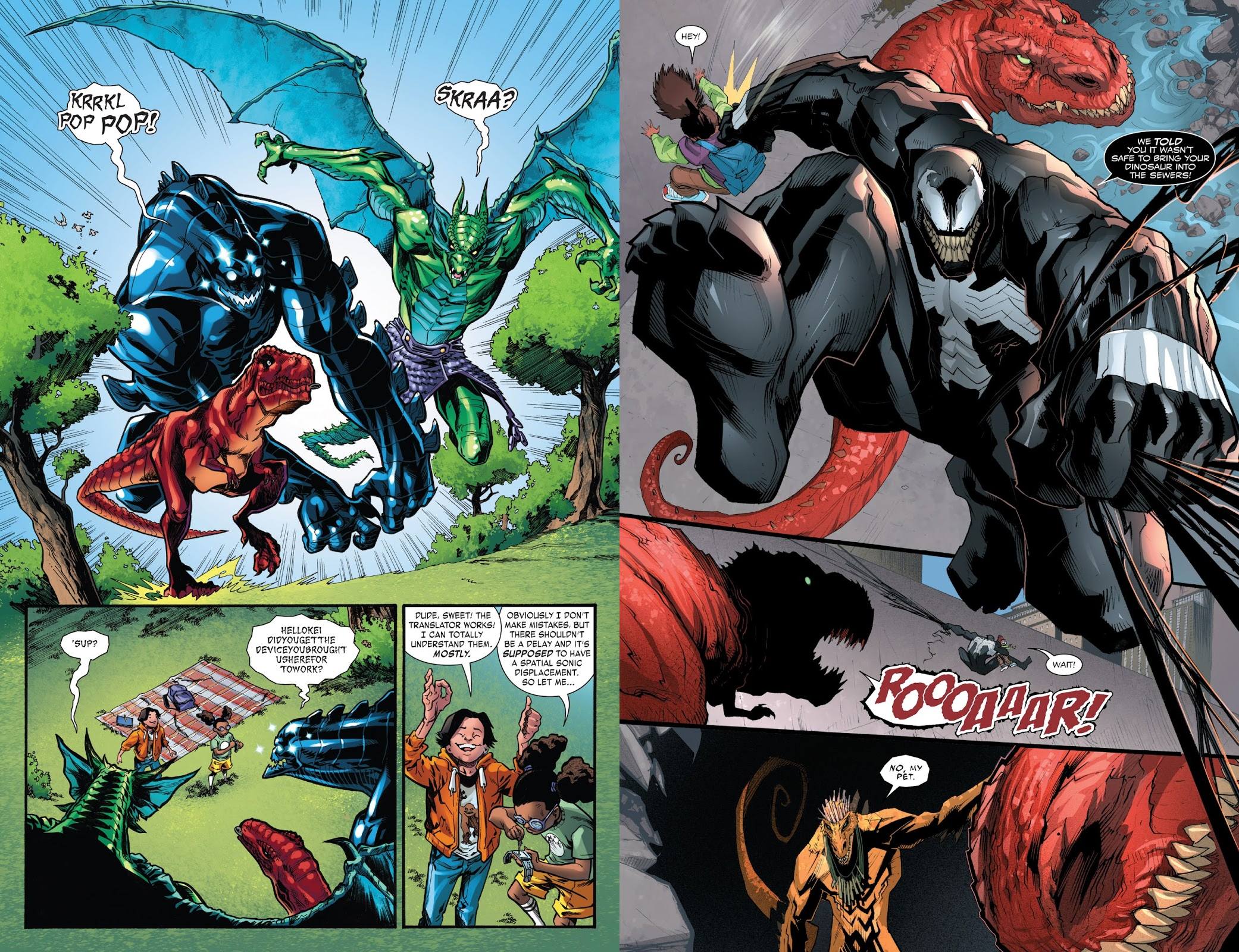 Moon Girl and Devil Dinosaur is reportedly a series that always sold far more strongly as collections than individual issues. That being the case, a compilation of meetings with other Marvel heroes in their titles makes sense, although two of the stories can be found in Girl Moon and Save Our School.

While the concept is sound, the results are all over the place, with some content surely not suitable for the younger audience at whom Moon Girl’s adventures are generally aimed. At the lower end of the scale, they’re not likely to get much from a discussion between Lunella and X-Man Forge that’s heavy on the scientific detail, and on the upper end they’re likely to have the bejabbers scared out of them by Gerado Sandoval’s art for a Venom team-up. That’s full of snarling mouths with massive teeth and gross tongues.

On the plus side Lunella and Devil Dinosaur teaming with Kid Kaiju and the monsters he interacts with works much better in this collection than in Monsters Unleashed: Learning Curve, where the change of direction was intrusive. Here it fits into the tone of Moon Girl adventures far better than Venom does. Besides, Alberto Alburquerque draws some nice monsters.

The selections from Moon Girl’s own title are a contrast. Brandon Montclare has Lunella meet the X-Babies, Ghost Rider and Daredevil, ostensibly in a search for a new partner. They’re three fun short stories, nicely drawn by Ray-Anthony Height, Domo Stanton and Michael Shelfer. Height also illustrates the remaining story in which Montclare and Amy Reeder pass on the message that smoking isn’t good for children. No, really, it’s bad. They shouldn’t do it. Don’t smoke kids, and on and on and on. It’s poor. Kids know when they’re being talked down to, and this does it from an immense height.

Wondering when Galactus is going to turn up as per the cover? Well, that’s a cheat. He doesn’t. For his conversation with Lunella you need to pick up Fantastic Three. That absence is par for the course for too much content here, which doesn’t come near to reflecting the best of Moon Girl and Devil Dinosaur. You’re better off with any other collection as per the links here or the recommendations. 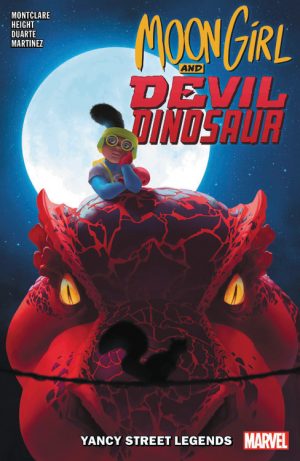