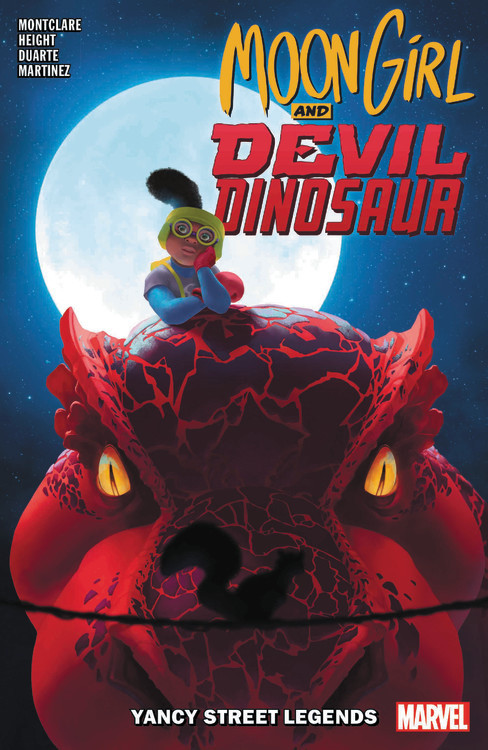 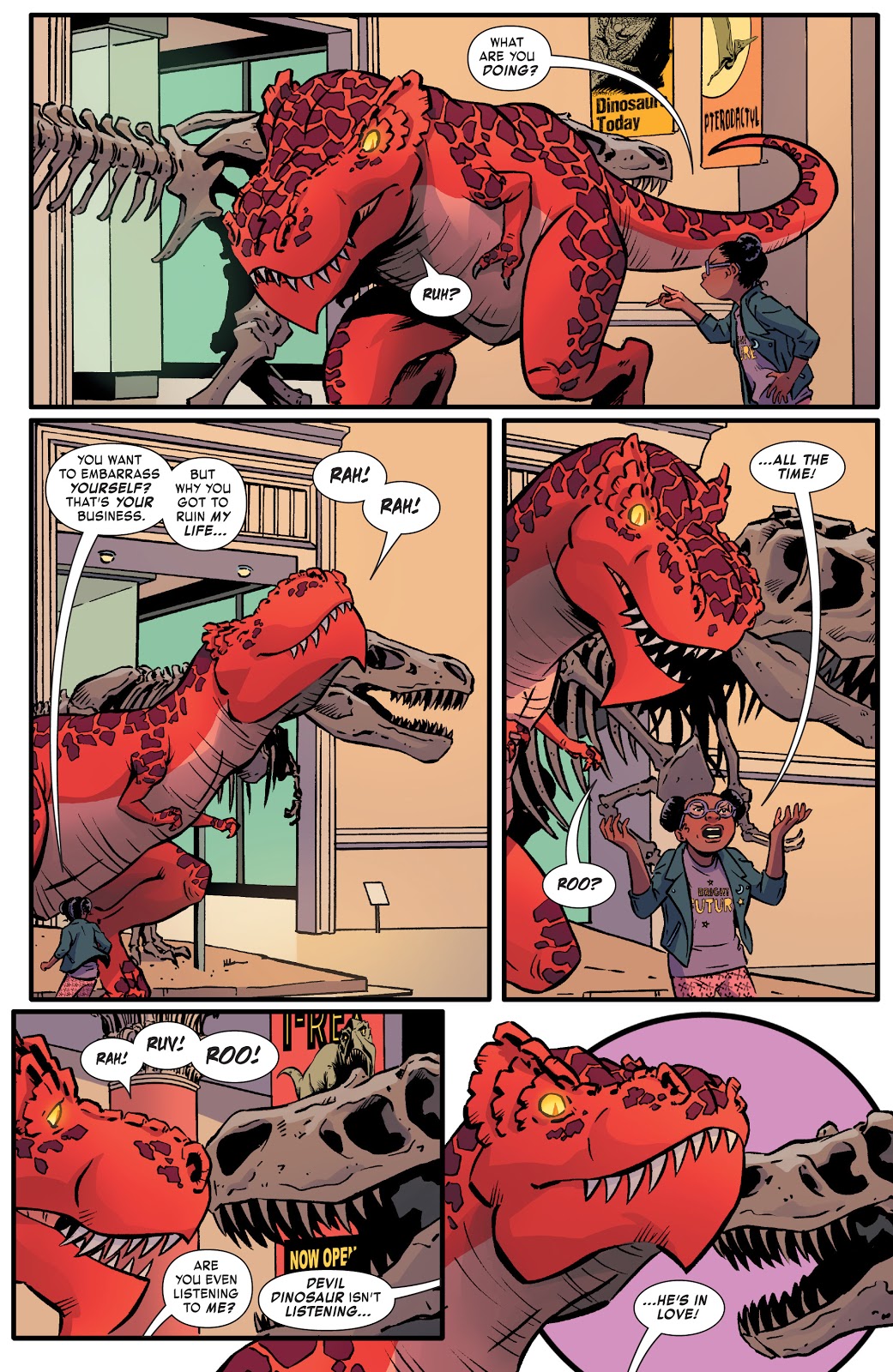 Yancy Street Legends is the final volume of Moon Girl and Devil Dinosaur, and because it’s been such an entertaining series, that’s definitely sad. On the other hand it’s also the weakest volume. Perhaps Brandon Montclare just ran out of ideas, as none of the four stories over five chapters here rank anywhere near top of the line.

We can be thankful that the opening tie-in with War of the Realms is nothing more than an excuse to send Lunella and Devil Dinosaur to Asgard, for what proves the most fun in the book. There’s some great interaction with the better known Asgardians, and Gustavo Duarte’s cartooning captures personalities wonderfully. Ray Anthony-Height’s series swansong is providing a few framing pages.

As primary artist Natacha Bustos bowed out with Bad Dream, most of the art here is by Alitha E. Martinez, last seen on Fantastic Three. Her cartooning is slightly stiffer, but maintains the series look over the final four chapters. The first two of these both deal with time, Lunella accidentally heading back to the early 1960s to meet a very different Doctor Strange than last time round, and a school trip to the museum where another device causes problems. Neither story has any great depth. Lunella having to advise someone against her inclinations just about hits the emotional spot, although whether it will resonate with younger readers can be questioned. The second story’s knockabout at the museum is very short on inspiration.

So is the final two chapter story, in which Lunella doesn’t like being usurped by the reformed Fantastic Four setting up in her Yancy Street territory, nor the idea that Mr Fantastic feels the need to monitor her. There is a funny scene at the start with a roving eye, but that flatters to deceive. A contest to determine whether Lunella is smarter than Reed Richards just fills space, and the introduction of the villain is uninspired.

Overall this has been such an entertaining series that a final volume drop-off is neither here nor there. Plus, this isn’t the last we’ve seen of Lunella and her dinosaur. She’ll be back.