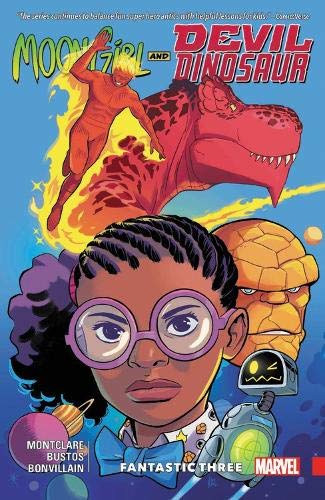 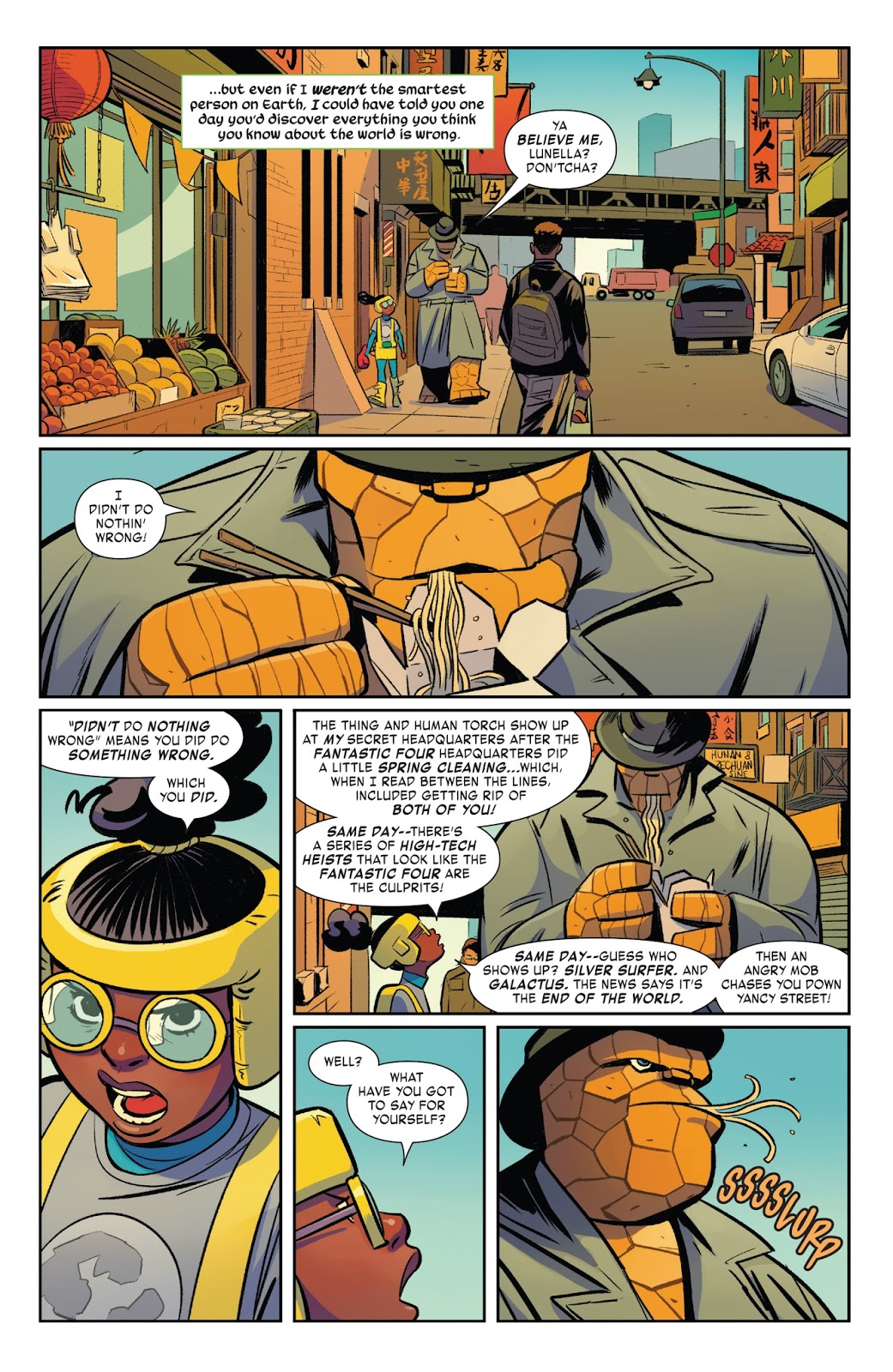 Fantastic Three is an interesting experiment in audience demarcation. While certainly a series that can be enjoyed by any comic reader, Moon Girl and Devil Dinosaur’s target audience is the younger end of the comic buying demographic, so will they have even heard of the Fantastic Four? Brandon Montclare takes this as his focus. Moon Girl’s already met the Thing (see The Smartest There Is), and he makes much of the FF being redundant and forgotten, while introducing an adventure that’s exactly the type of threat they used to handle. Who’s going to take that on when there is no Fantastic Four?

Almost every Moon Girl and Devil Dinosaur collection has been a delight, and Fantastic Three doesn’t disappoint. Montclare thoroughly enjoys himself ranging the scale of emergencies up from rescuing a cat from a tree to former planet devourer Galactus turning up to warn of an even greater threat. Since Girl Moon Devil Dinosaur is no longer available to partner Moon Girl, so she finds herself spending more and more time with the Thing and the Human Torch who’ve passed on some of Reed Richards’ stored technological tinkering. Will it be enough?

Natacha Bustos somehow visually insinuates the FF and their concerns into Moon Girl’s world without them seeming out of place, yet simultaneously gives the likes of Galactus the correct imposing gravitas. Still, she’s managed that with Devil Dinosaur from the start, so it should come as no surprise. Purists might prefer less streamed down versions of the Thing and the Human Torch, but they worked that way as animated characters and work that way here. One chapter drawn by Alitha E. Martinez has a slightly different style about it, but also fits the aesthetic.

Having saved the universe, Moon Girl has more down to Earth issues to deal with in Save Our School. 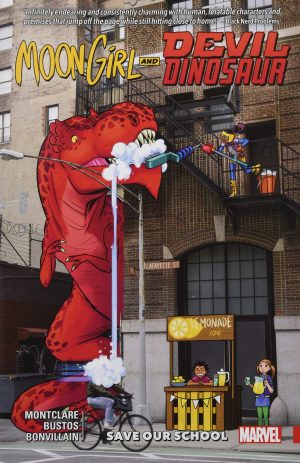 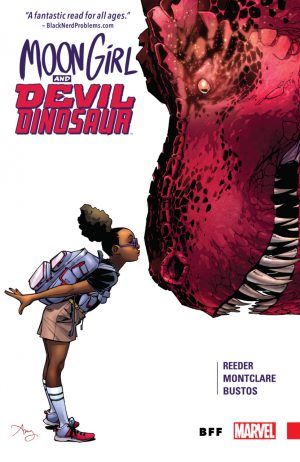 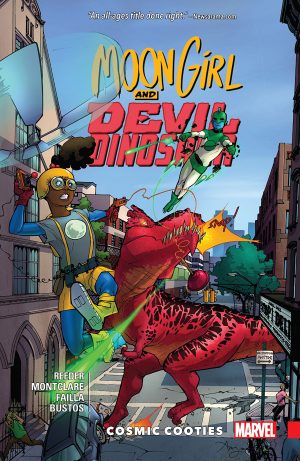 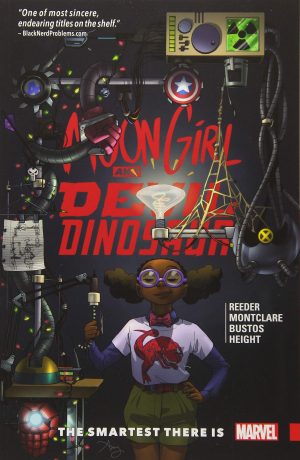