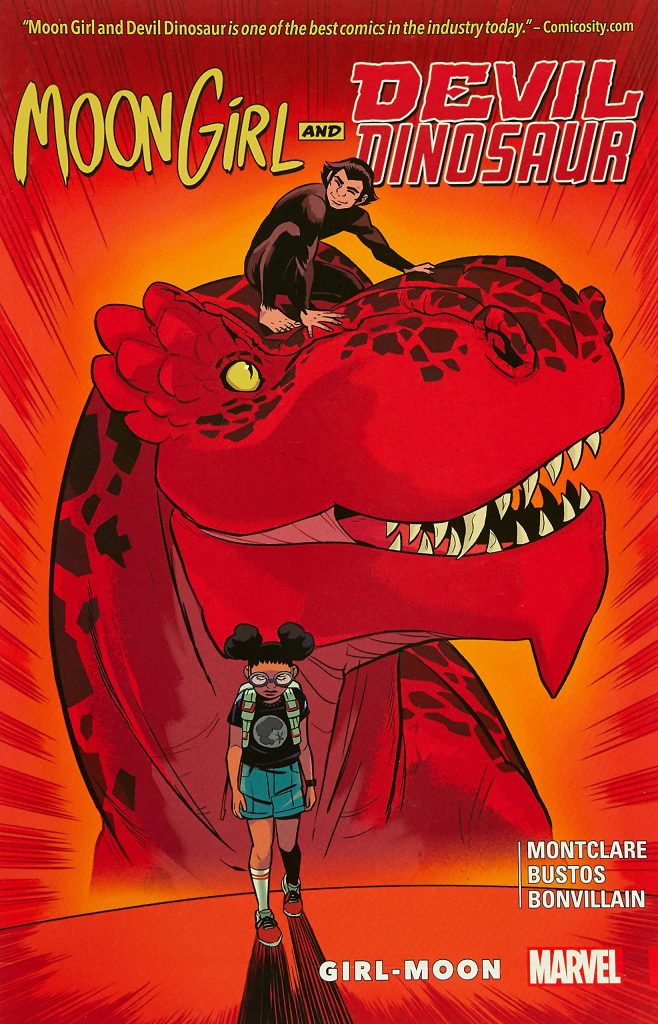 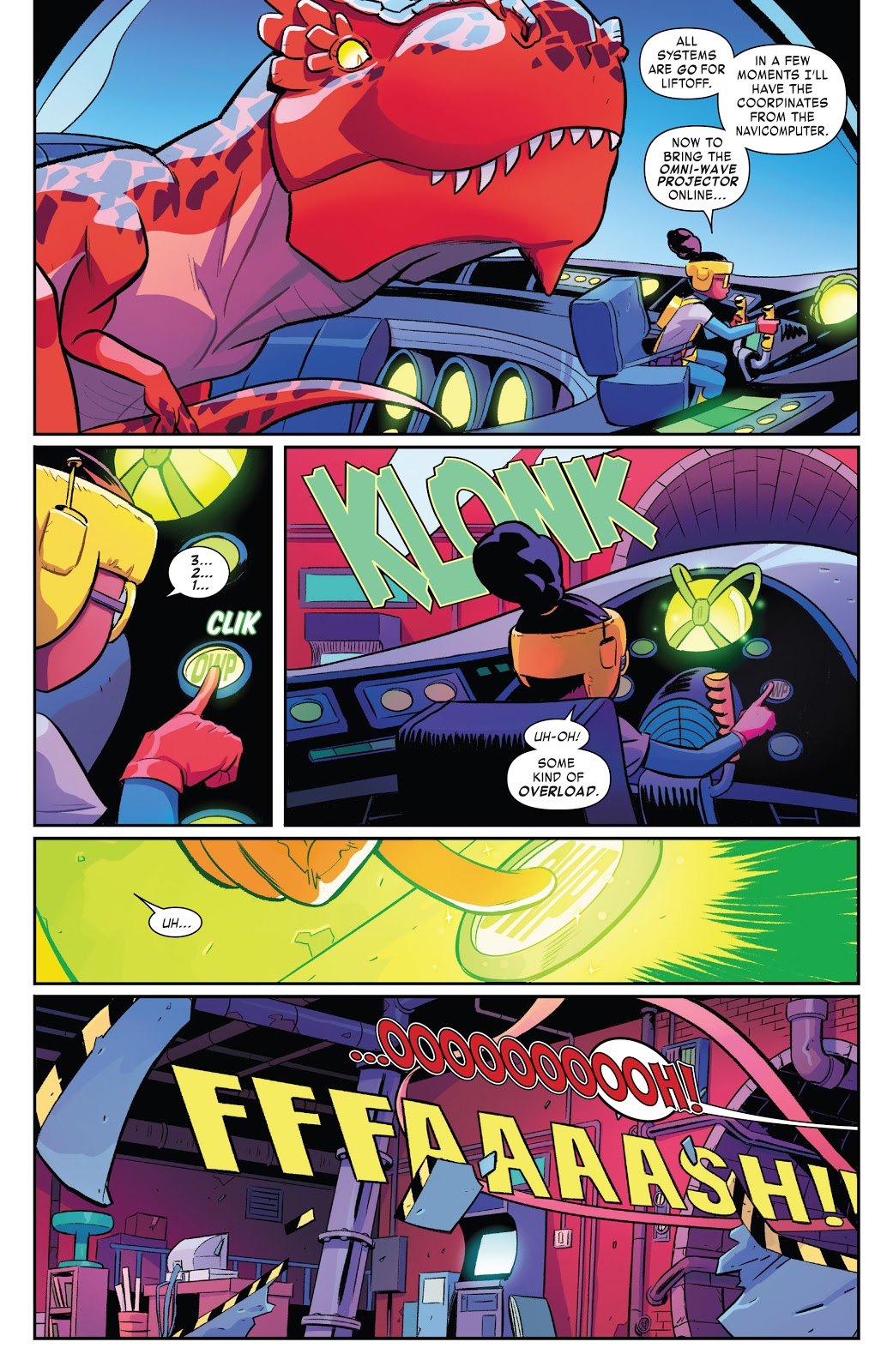 There’s really no such thing as a technical problem for Moon Girl. When during a school science project she receives a communication from someone on the moon, it’s just a matter of knocking up a propulsion unit and couple of space suits and shortly afterwards she and Devil Dinosaur are on the moon. Of course while she’s on the moon there’s still an expectation that she attends school, so what to do about that? Well, she has the head of a leftover Doctor Doom robot. What could possibly go wrong?

For Girl Moon the previous creative team is halved, and from this point forward only Brandon Montclare continues writing her adventures. The Smartest There Is sagged slightly, dropping below the established high standards, but Girl Moon bounces the quality straight back. Part of that is due to some nice exploration of Lunella’s personality. It was established early that she’s never related well to people, so how does she cope when faced with herself, or some else who’s very much like her, but with no filters? She may not have much in the way of emotional connectivity, but knows what’s right and what she should do, and those are the guiding principles though the delightful five chapter title story.

Apart from three deliberately designed short stories near the end, everything is drawn by Natacha Bustos, her imagination and clarity perfectly matching the script. We know when Lunella’s upset or when she’s satisfied, and her alternative Lunellas are delightful. As ever, her biggest talent may be providing a thirty foot red dinosaur with a personality.

For reasons Montclare more than adequately details over five chapters, Moon Girl needs a new partner, and the final episode is her tryouts. Well, sort of. We see her with versions of the X-Men, with Ghost Riders and with Daredevil. If you think Moon Girl and Ghost Rider is a bit of a stretch, you’re wrong, it works just fine, and Domo Stanton’s version on a Penny Farthing has to be seen to be believed. On the other stories Ray-Anthony Height has already proved he’s a good stand-in Moon Girl artist, and Michael Shelfer rounds out a decent artistic trio.

The entire story has been contrived to have Moon Girl reach a certain place, and she picks up from there in Fantastic Three.