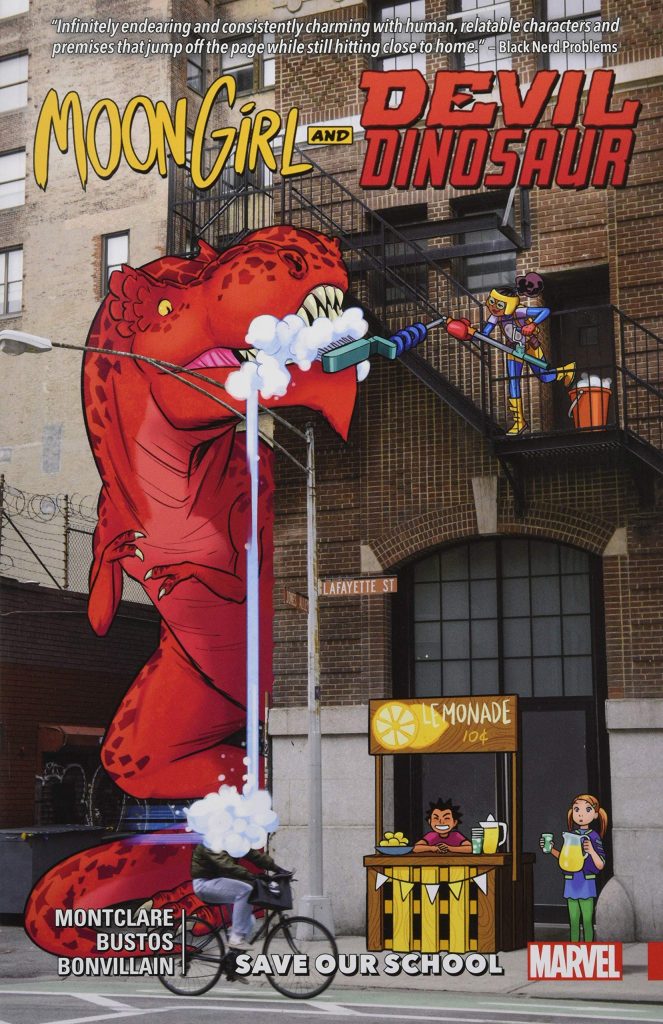 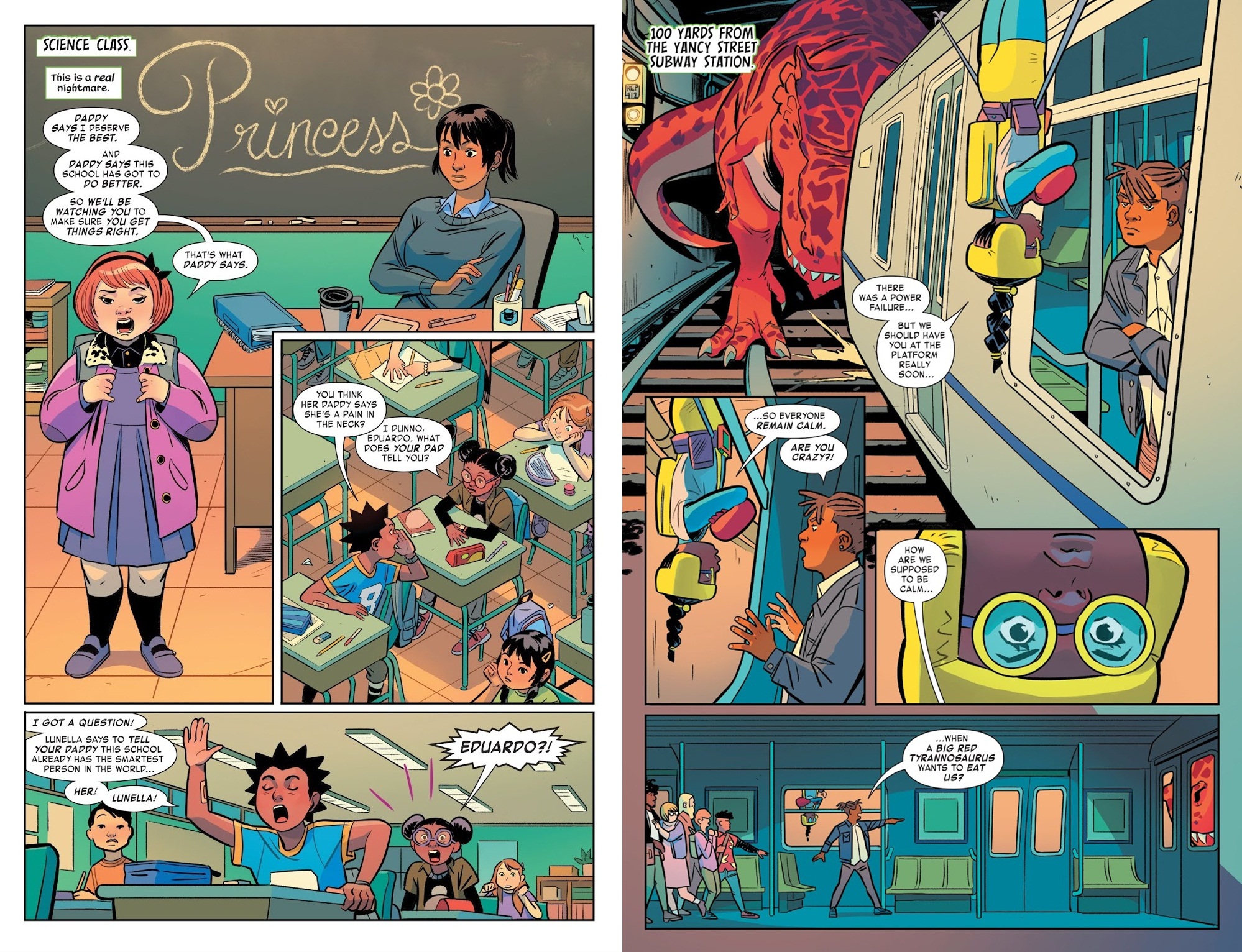 While well capable of charming everyone, Moon Girl and Devil Dinosaur is aimed at a younger audience, but however will intentioned, does that make it the place for extremely preachy moral lectures? Save Our School opens with a brief return for original series co-writer Amy Reeder extrapolating on a plot conceived with Brandon Montclare themed around the danger to bees from pesticides and the danger to humans from smoking. There’s a history of comics addressing social problems from the late 1960s onward, but the problem with ‘Bad Buzz’ isn’t that the issues are included, but that they’re addressed in such a heavy-handed manner. Younger readers realise when they’re being spoken down to, and this does so from an almighty height. That’s not artist Ray-Anthony Height, by the way, who produces his usual solid fill-in art.

If any example is needed about how to incorporate social issues into altogether more fun stories, the following five chapters provide it. In the wider Marvel universe, former crime boss the Kingpin is now New York’s mayor, and he plans to close failing schools. On the list is P.S. 20. Lunella may resent having to attend, but that doesn’t mean she regards education as a bad thing. Montclare’s plot takes in crooked development agreements and the privilege of wealth, but as a part of a bigger adventure. It also encompasses Lunella’s mind transferring to Devil Dinosaur, perhaps somewhat artificially convenient to the plot, and her attempts to prevent this.

For part of the story Devil Dinosaur is transformed into a nine year old boy, and the way Natacha Bustos draws him is wonderful. As he’s used to running along with his arms held ahead of him, that’s also how the child runs. That’s not the only nice piece of visual characterisation. There’s a new child at Lunella’s school, a complete spoiled brat, depicted with a fabulously grumpy face at all times.

A repeated moral to the story is that people don’t change, and Montclare exploits this beautifully in an ending that pulls all his plot threads together very satisfyingly. The sanctimonious moral high ground only occupies the opening episode, and a ratio of one poorer chapter to five good is no deal breaker. Bad Dream is next.