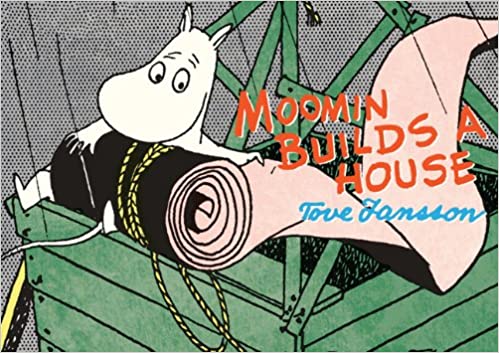 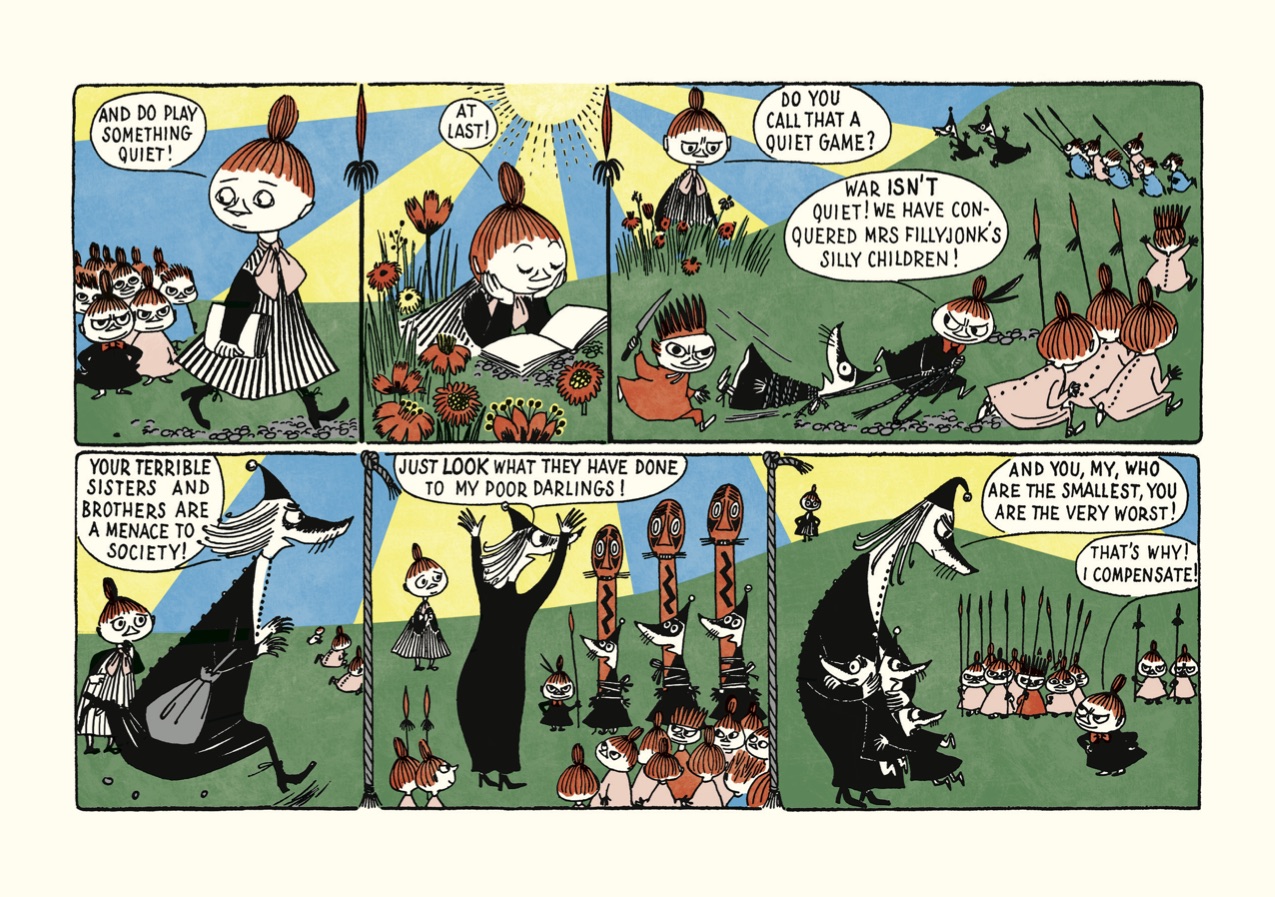 Moomin Builds A House is the seventh of Tove Jansson’s 21 stories originally created in daily, black and white comic strips for the London Evening News between 1954 and 1959. Jansson revised the Moomins for their newspaper strip appearances in a more zany form than the melancholics of her novels, and this strip finally completes the cast with the introduction of the uncontrollable, slightly demonic Little My. The smallest and worst behaved of all Mymble’s sisters is left behind when her family comes to visit and refuses to act nicely unless she gets Moomin’s bedroom for herself. The only answer to Moomintroll’s predicament is to build himself a house where all the rooms are his to control, but this plan is not quite as straightforward to execute as he hopes.

This is part of a newer series of small, landscape format, flexicover books which take Jansson’s original strips and repackage them in individual volumes. Each volume has been newly coloured by the editorial team at Drawn and Quyarterly to give each small book extra kid-friendly appeal, but the colouring is frequently at odds with the artwork and sometimes completely incompatible. The flexicover books appear under D&Q’s children’s imprint Enfant but parents should note that Tove Jansson created these strips to entertain newspaper-reading adults. The beguiling images will pull younger readers in easily, but the action and much of the dialogue are much more complex than any children’s book and will need explaining. To see the original version of this strip, plus the other twenty stories by Jansson, pick up the five larger hardcover volumes of Moomin: The Complete Tove Jansson Comic Strip and/or Moomin: The Deluxe Anniversary Edition, a single, slipcased compendium volume that contains the entire run. Next in this series is Moomin Begins a New Life.