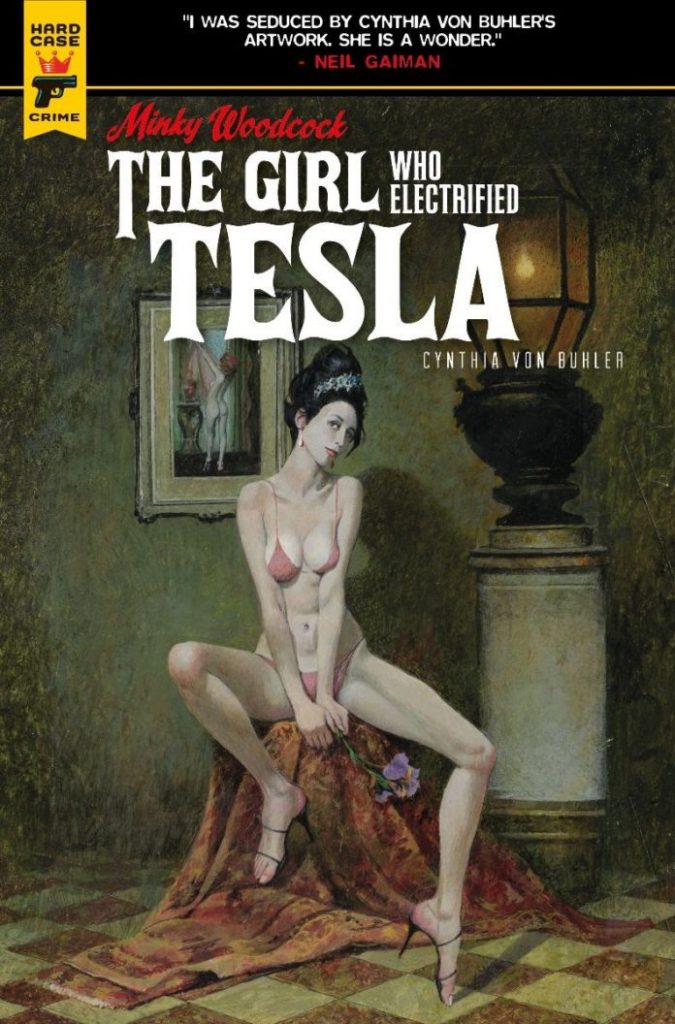 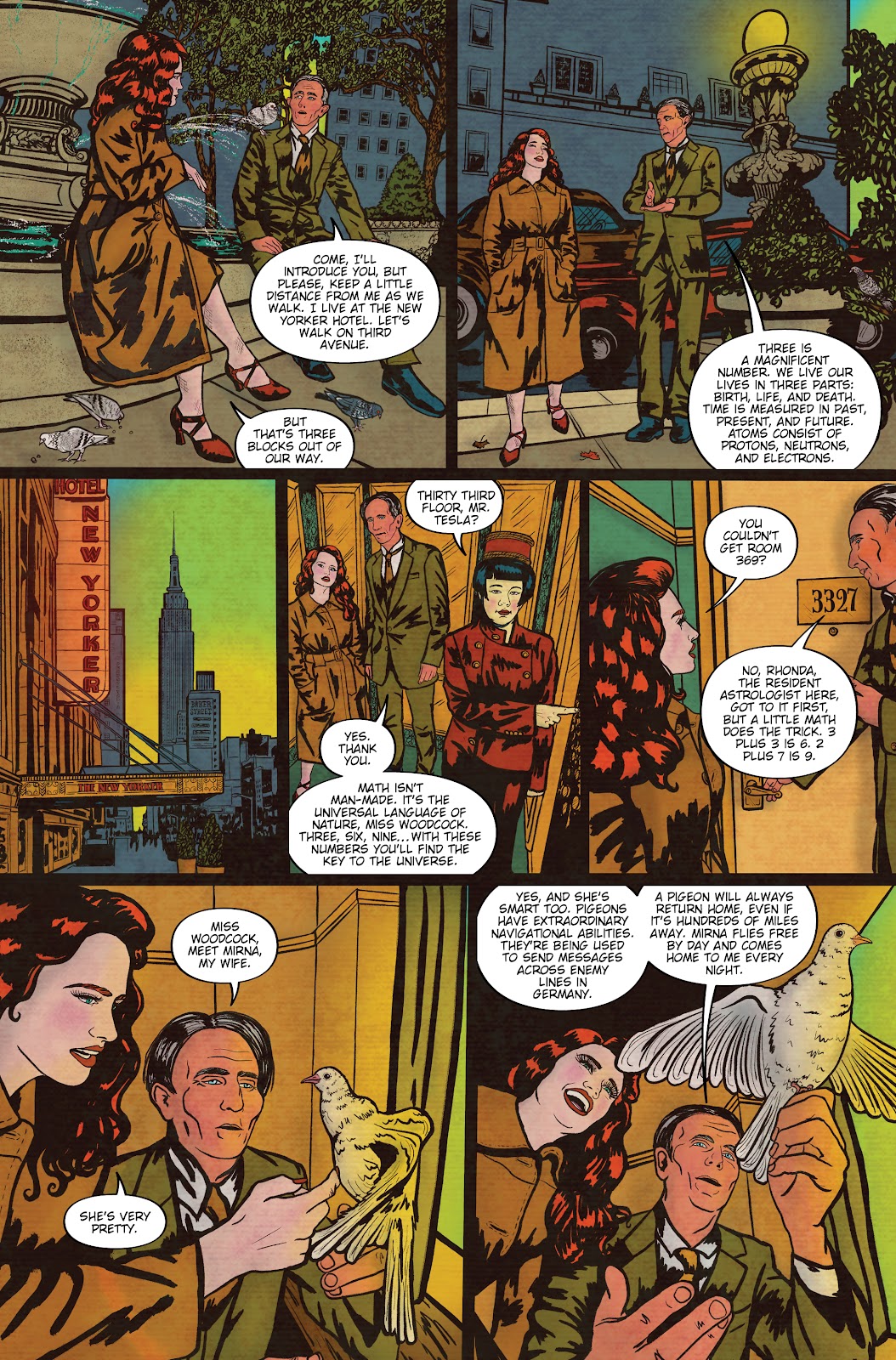 In the real world scientific genius Nikola Tesla died at the age of 86 in 1943. He remained undiscovered in his Manhattan hotel room for two days, and the US government immediately seized his papers. Cynthia von Buhler’s story investigates what might have happened in his final few days.

Just as there was in The Girl Who Handcuffed Houdini, there’s a sense of artifice about The Girl Who Electrified Tesla, as a now older Minky Woodcock is hired by financier J. P. Morgan to investigate Tesla, specifically the death ray he purports to have invented. Others are equally interested, making for a smart noir thriller. The artifice is the knowing wink von Buhler transmits to the audience, present in the posed way she draws her people, the visual allegories, and in how Minky’s investigation can be viewed in terms of a performance. It’s a natural approach from a creator with a theatrical background and because it’s unusual it’s also very appealing. This time, though, we don’t see the villains detailing their plans, so a greater sense of mystery is perpetuated.

Minky is presented as the libertine idealisation of the 1940s Femme Fatale, Veronica Lake perhaps, while other names from the era populate the story, with Josephine Baker being especially prominent and very resourceful. Others are more in the way of dropped names, not given a weight of personality, although that’s not required for Minky’s investigation. She’s provided with greater depth via her relationship with her father and the discovery of a family secret.

This is a second very readable Minky Woodcock outing, in what’s becoming a broad church of crime graphic novels under the Hard Case imprint. 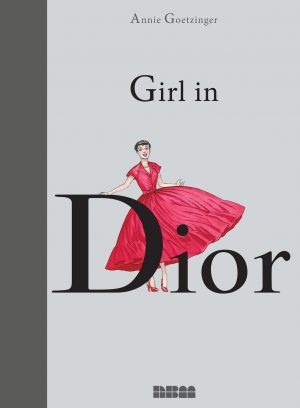