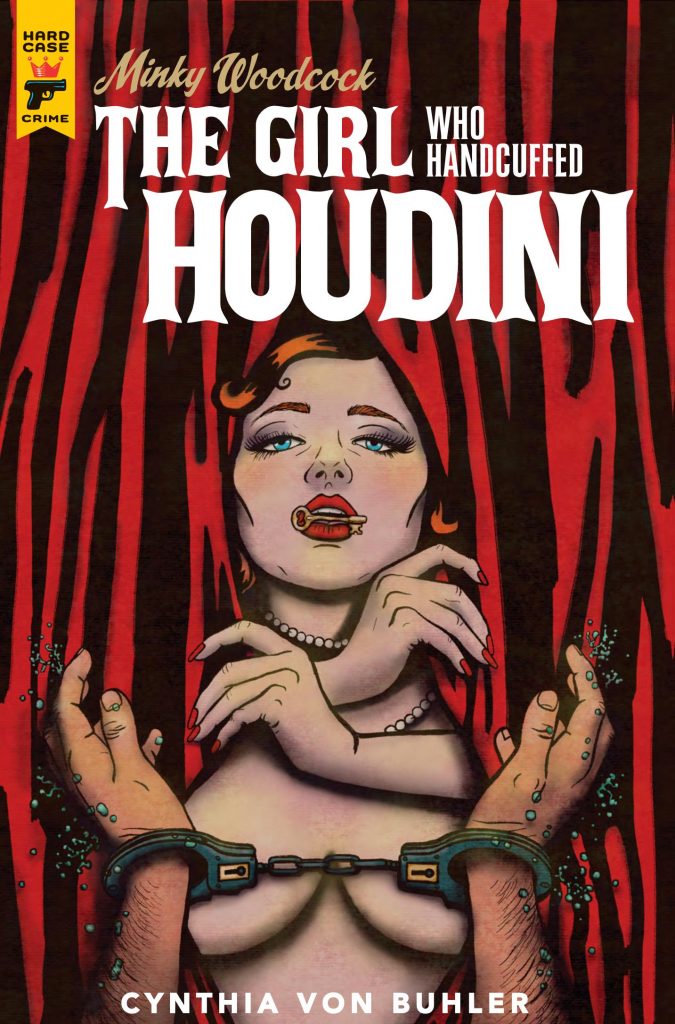 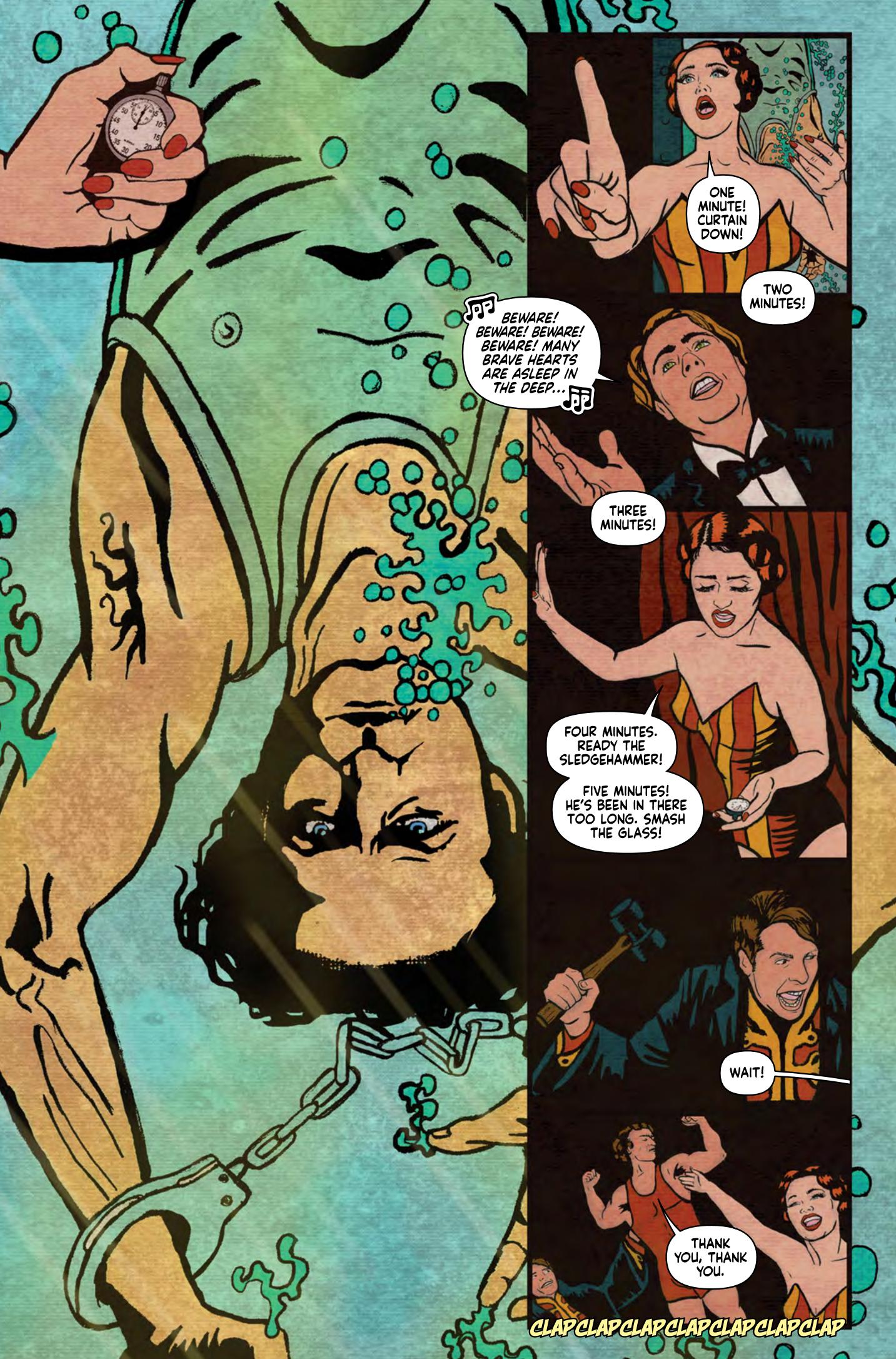 In the 1920s Benedick Woodcock has a high reputation as a private investigator among influential people, not least Sir Arthur Conan Doyle, obsessed with learning how Harry Houdini seemingly walked through a brick wall. He visits the offices with Benedick absent, and his daughter Minky, blocked from joining the firm by her father, sets about infiltrating Houdini’s inner circle. Haunted by the death of his mother, Houdini investigates spiritualists, debunking them one after another as frauds. It’s earned him enemies.

Despite Minky masquerading as a private investigator, Minky Woodcock is no conventional crime story, more a study in artificiality, as Cynthia von Buhler makes little attempt to conceal the acts of perpetrators, showcasing the staging of their activities and revealing their motives from the start. The true story is that of Minky’s coming of age. Her dogged immersion in Houdini’s world and that of his enemies is itself presented as almost a performance, because there’s a very knowing libertine attitude to her participation. It has a direct lineage back to the burlesque of the 1920s, and to the contemporary Tijuana Bibles, explicit pamphlets showing the celebrities of the day indulging themselves sexually.

In a world of illusion and fantasy von Buhler deliberately poses her cast, reinforcing the artificiality, and accentuating it further by using thick outlines and bright colour, resulting in panels with a stained glass look. It’s quite intoxicating, and the few occasions where clarity is lacking are a small price to pay for von Buhler taking a fine art approach to the creation of a graphic novel.

Good use is made of the known players featured from the 1920s, and their blind spots and trickery are laid out, but without revealing much of Houdini’s performance methods. The exposure, in both senses, of spiritualist Margery of Boston, is particularly neat, and the different form of manipulation noted in the final chapter may or may not have occurred in 1926, but it’s certainly very modern, and another nice touch. The Minky Woodcock website offers greater clarity regarding the background information that fed this section.

Open to debate is how snugly Minky Woodcock fits alongside the remainder of the Hard Case crime imprint. Criminal acts certainly feature, but this is a character driven story around biographical detail, with crime a secondary concern until a more conventional final act. It is, however, very enjoyable irrespective of classification, knowingly strange and strangely knowing. Minky Woodcock returns in The Girl Who Electrified Tesla. 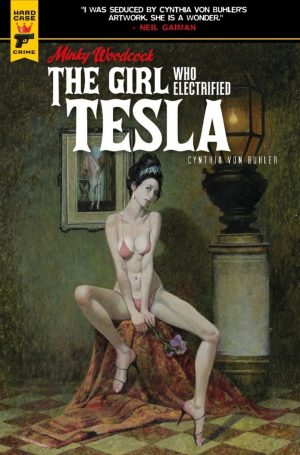