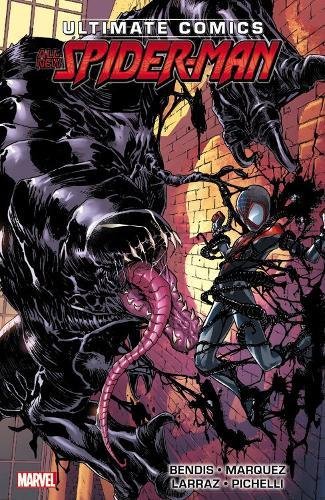 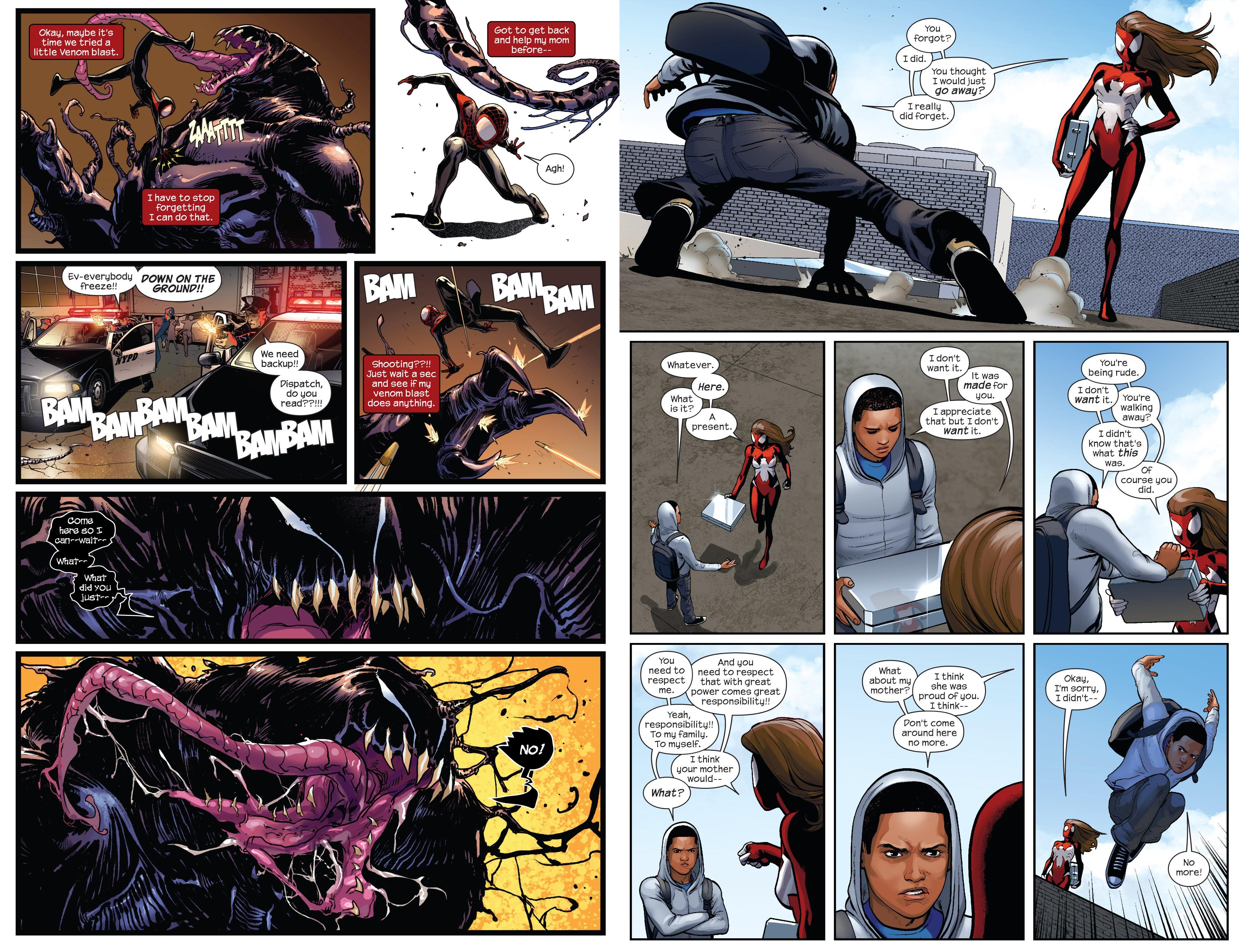 The sheer thrill and drama of the three paperbacks gathered for the volume one of Miles Morales: Ultimate Spider-Man set the bar exceptionally high, and this collection doesn’t quite match it, although by any standards this collection provides excellent superhero material.

Miles Morales has now committed to being Spider-Man, and early on he’s given a surprising endorsement that improves his capabilities. Before that, however, there’s the matter of his uncle, and then there’s a brief spell with the Ultimates, after which Venom comes calling. That concludes with everything jumping forward a year during a crisis of conscience. There’s a lot of entertainment and variety packed into this collection, and toward the end it becomes apparent how clever Brian Michael Bendis has been in dropping in scenes here and there that keep coming back to the idea of genetic experimentation. They all flow into the final story where a lot pulls together.

There’s so much to like about this series as a whole. Bendis astutely cherry picks elements from Peter Parker’s earliest days as Spider-Man and uses them as plot springboards for this version. It simultaneously toys with the heads of older readers who’ll think they know where things are leading and twists those original inspirations beautifully. Despite the Peter Parker of this universe being absent it’s nice to know there’s still a place for his supporting cast, who have roles beyond nostalgic cameos, Gwen Stacy in particular. It’s not just the drama of civilian life that Bendis supplies so well. The context of Miles being a thirteen year old superhero is convincingly established. He’s still uncertain, and for long portions of this content, in way above his head. Bendis works in novel methods of success, and crucially ties them all into a cohesive personality. Miles wins through via skills we expect him to have and an imagination that surprises him.

Sara Pichelli and David Marquez draw the majority of the content, and both are superb storytellers. Marquez is perhaps more traditional, but he’s only the junior partner in terms of starting on the series later. Pichelli really shines with her redesigns for Venom, a horrendous, morphing brute now closer in shape to animals than humanity, and seen in close-up as often as not, placing that gruesome tongue in an equally gruesome mouth.

Even the most jaded long term reader of superhero comics will find plenty to like in the freshness of Miles Morales, and everyone else will be blown away.

If you’d prefer you can pick up this content as Spider-Men, and Ultimate Comics Spider-Man volumes 3, 4 and 5, or with the continuations in Miles Morales: The Ultimate Spider-Man Omnibus.