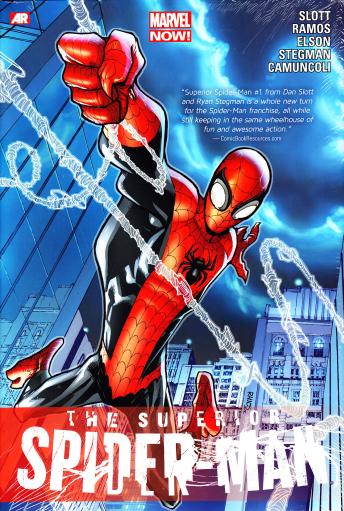 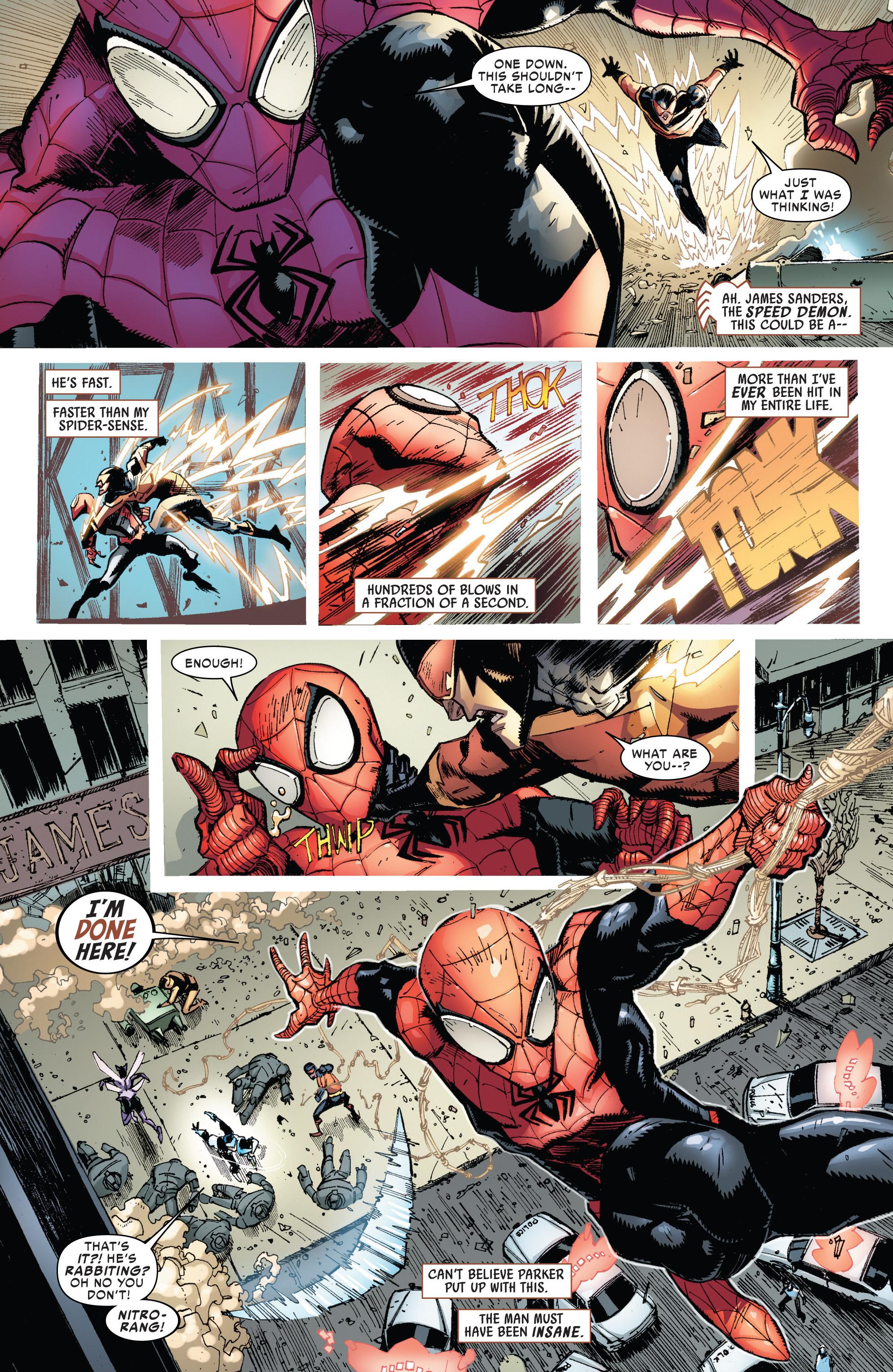 If anyone’s spending money on this hardcover collection after the content had already been issued as serialised monthly comics, then within paperback collections Dying Wish and My Own Worst Enemy, they’re surely aware that the Spider-Man featured here isn’t what we’re used to.

This is because the body and wardrobe content may belong to Peter Parker, but the mind within is that of Otto Octavius, Doctor Octopus to most. Long established as a scientific genius, his near death experience left him a changed man. “A life wasted on villainy and failed schemes”, is his brutal assessment, “a man whose sole victory was cheating death”.

Combining what at the time appeared to be the final desperate tale of Peter Parker with Octavius’ taking on both Parker’s lives produces quite the schizoid graphic novel. The opening portion already has the brain patterns switched, with Peter Parker in Octavius’ dying body desperately attempting to use the little time and strength that body possesses to rectify his appalling situation. Dan Slott produces a complete tearjerker in which plot aspects that appear fanciful nonsense when considered out of context are superbly meshed and utterly convincing. The same can’t always be said for the art of Humberto Ramos who prods Spider-Man from his regular pseudo-realistic look toward cartooning, and some full figure scenes twist his body into painful shapes. The preceding art of Richard Elson is preferable.

The longer second portion of the book is Octavius settling into his new life. An immediate difference to his approach as Spider-Man is that he makes far greater use of technology, appalled that Parker was such a reactive superhero when he could have been proactive. Octavius is able to apply his genius to such matters, but can’t re-program his own insufferable and abrupt personality, so Peter Parker becomes an abrasive character who disdains even the other scientific geniuses in his workplace. An early encounter with what would be considered a bunch of Spider-Man’s second and third string enemies, reveals that more than genius is required, and Octavius’ first reaction is to bug out. Further contemplation results in a new approach, and Superior Spider-Man is off and running.

Slott’s every bit as good here as with the previous section, and the art’s better. Ryan Stegman (sample page) can also tend toward exaggeration, but it’s far more restrained, so while Ramos has a slight edge when it comes to thrilling page designs, Stegman’s more crowded pages look better overall. The final couple of chapters are drawn by Giuseppe Camuncoli in his more urban gritty style, but also very good.

Anyone who’s not previously sampled Superior Spider-Man, but heard it’s good can make the investment in this hardcover knowing it’s quality work that they’ll probably want to read and enjoy again at some stage. 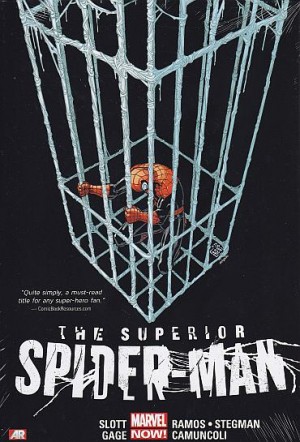 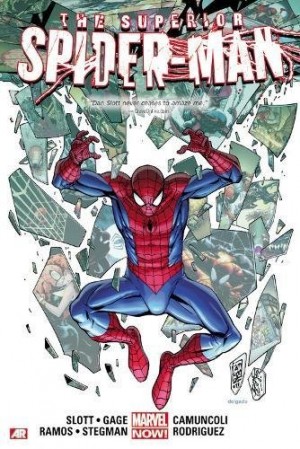