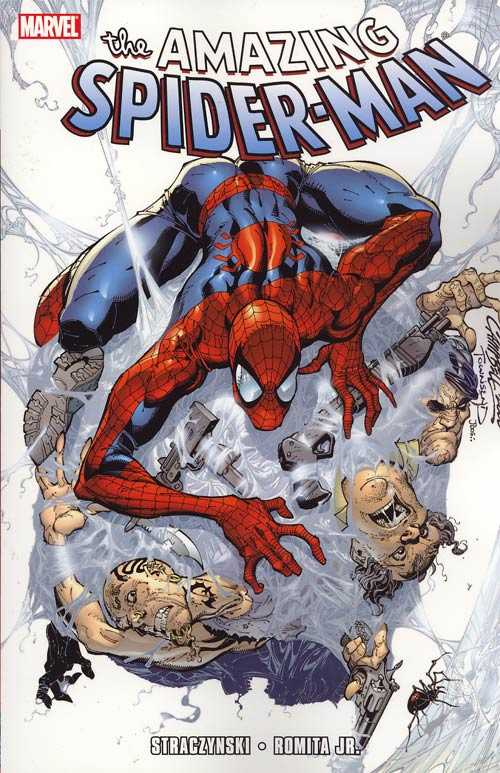 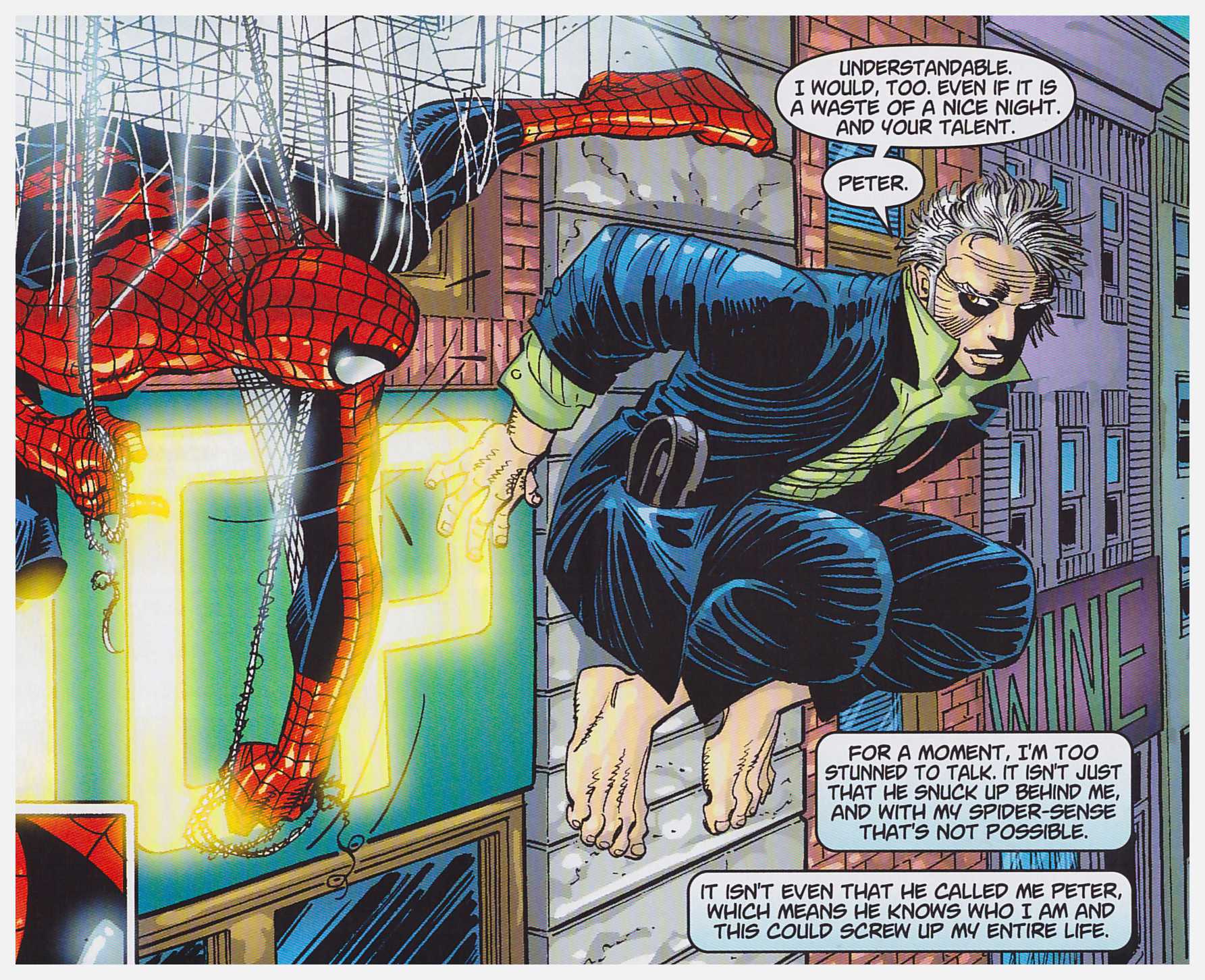 J. Michael Straczynski inherited Spider-Man at a low ebb. While the material had improved slightly from the dismal content of the 1990s, the quality level was hardly at a premium, although it’s often forgotten that artist John Romita Jr was already lending his immense talent prior to Straczynski taking the helm. This volume collects the first year and three months of their collaboration.

It’s an immense piece of work that rectifies much of what was wrong with Spider-Man, including some matters that had required seeing to for decades. Much of the cast Straczynski uses are his own creations, the most intriguing of them Ezekiel, possessing abilities very similar to Peter Parker, but rarely using them. He also has a far greater awareness of why Peter Parker is Spider-Man, and of threats that are coming his way. These include Morlun, a form of life-energy vampire, and others seen in subsequent volumes.

Also seen in subsequent volumes is Doctor Strange, obviously a favourite of Straczynski’s, and despite his realm of influence being other-worldly magic, his appearances during the run are well-considered. Here Spider-Man requires some advice regarding a tattooed teleporter abducting people from the poorer areas of town.

At the start of the stories Parker is separated from his wife Mary-Jane, pursuing an acting career in Hollywood. The separation is a situation neither really desires, and Straczynski strings along soap-opera style almosts and maybes in fine fashion before a visit to the film set. Unfortunately Dr Octopus old and new are also in Hollywood, giving Romita Jr a canvas for some fine action sequences.

A character Straczynski handles particularly well is May Parker, now supplied with added dignity and the wisdom of her years. An early sequence is just a conversation between her and Peter, and is one of the finest ever Spider-Man stories. You’ll laugh and you’ll cry and you’ll sigh with relief at the way a hoary old plot has been laid to final rest.

Also notable and well-received was a chapter in which Spider-Man helps with the post 9/11 clean-up. There’s an unease about superhero involvement in real world tragedies, but as these well-meaning tributes go this is sensitive, and particularly well drawn considering the short deadline that must have applied to Romita Jr.

In terms of the material alone this is a stunning accumulation of work, but the high price is surprising. Curious readers are better directed to the individual collections gathered here, Coming Home, Revelations and Until the Stars Turn Cold. The material is also available spread over hardcover volumes The Best of Spider-Man volumes 1 and 2.