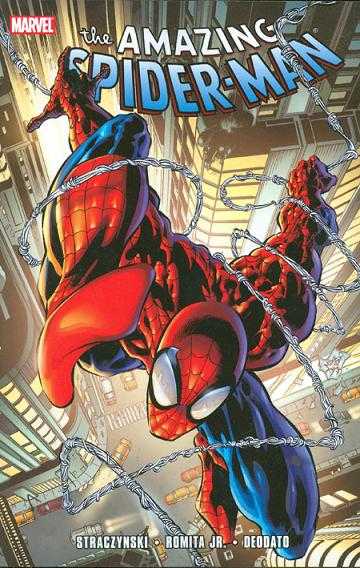 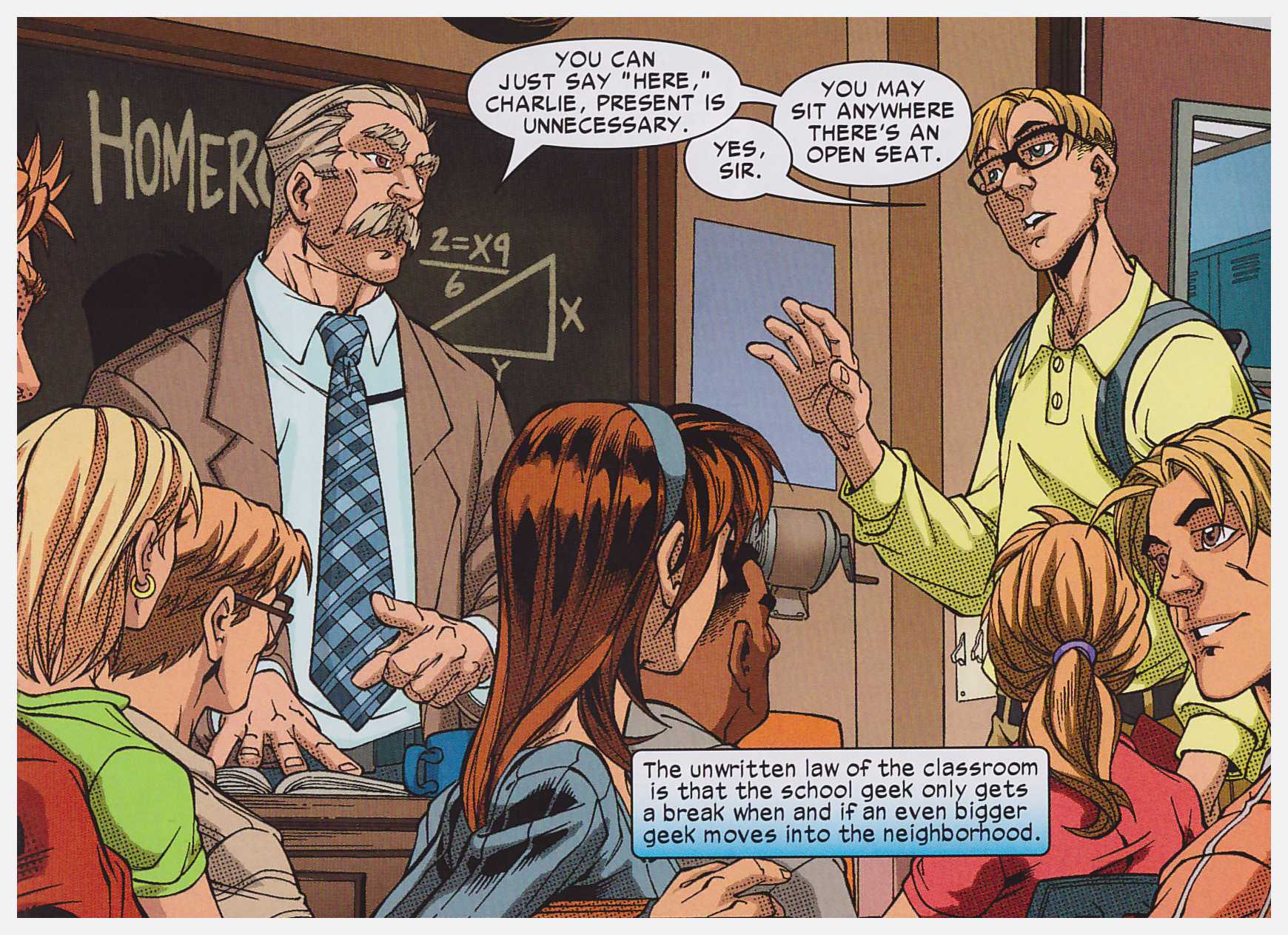 Three multi-chapter stories occupy the bulk of this collection. ‘The Book of Ezekiel’ draws a line under the plots writer J. Michael Straczynski set in motion suggesting there’s more to Spider-Man’s seemingly random origin, ‘Sins Past‘ is the most divisive story of his run, and ‘Skin Deep‘ an alternative take on an old villain.

There are a pair of shorter stories opening the volume. Teaming Spider-Man with Loki, Asgardian God, may seem a complete mismatch, but with Loki having no particular axe to grind and a tricky problem at hand, it’s a story that works well. Straczynski endows Loki with a nobility rarely seen during his villainous manifestations, and Spider-Man plays well off that. In the other there’s a child at a turning point in his life, while Mary-Jane undergoes a depressing experience of attempting to renew her acting career. When both elements are believably portrayed in this fashion a super-villain is surplus to requirements.

To this point Ezekiel had been a mentor to Spider-Man, helping him explore the ramifications of his origin, but he’d not always been as selfless as he might wish. This is brought into focus as Spider-Man faces a danger that can’t be seen off with fists and webbing. ‘The Book of Ezekiel‘ is an unusually philosophical tale for Spider-Man, and as such won’t be to all tastes despite a novel threat, but it’s also a very individual view of what constitutes Spider-Man that segues in neatly with all established material.

It’s also the final chapter illustrated by John Romita Jr, whose already stylised art gradually morphed into something even more blocky and gritty over the course of his run. A naturally superb storyteller, he was equally at home with superhero action and character moments. The same could be said of his successor Mike Deodato, someone who tinkers with his styles, here presenting a more naturalistic approach than Romita Jr, which is equally accomplished.

‘Sins Past’ is a troublesome story possibly more palatable to those unfamiliar with Peter Parker’s first great love Gwen Stacy. Those readers will experience a cracking adventure story featuring a new Green Goblin, the possibility that she may still be alive and Parker’s life consequently passed through the mangle. Spider-Man fans who are familiar with her are more likely to agree with the online controversy that greeted this story when first published.

The Molten Man was an early Spider-Man villain who’s slipped into obscurity, and in ‘Skin Deep’ Straczynski updates the idea via a former classmate of Peter Parker’s returning. Charlie Weiderman also suffered the daily indignities of school life, and also became a talented scientist, lacking only the funding to achieve his vision. Having dealt with the spider aspect of what made Spider-Man, Straczynski delves into the youthful Peter Parker’s character, cleverly using Weiderman as a contrast. Mark Brooks illustrates the sequences involving the pre-Spider-Man Parker in wide-eyed manga-referenced style, and the entire story builds rather nicely to a shocking conclusion (sample art).

The content had previously been published in still easily obtained individual volumes titled after the primary stories, and spread over the hardback collections The Best of Spider-Man volumes 4 and 5, which renders the high price rather mercenary.