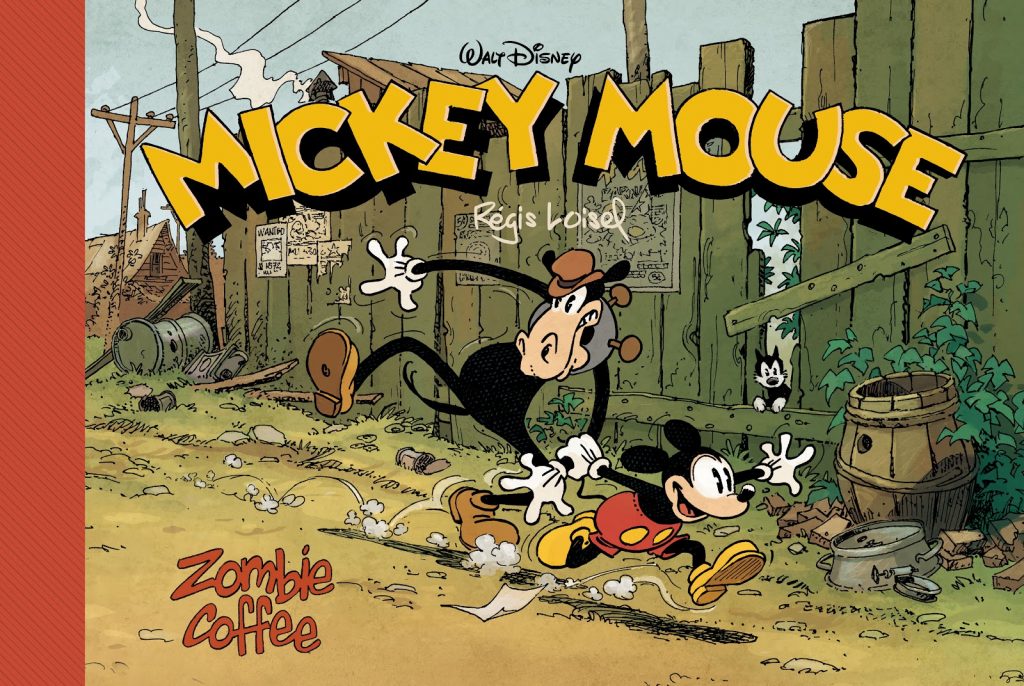 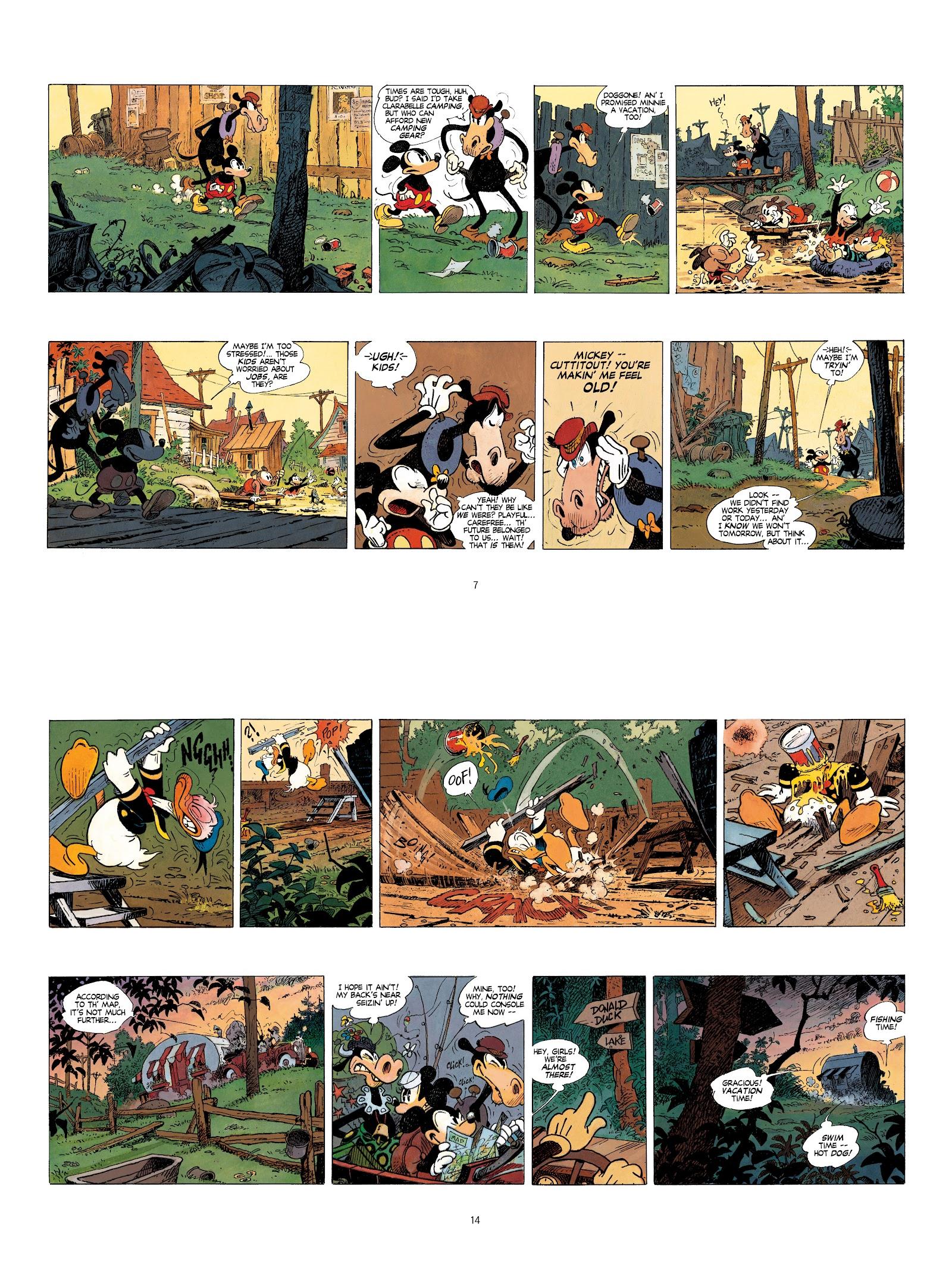 Since 2016 Europeans have been treated to a succession of the continent’s best artists producing Mickey Mouse and Donald Duck stories. All too few of these have been translated into English, which makes the arrival of Zombie Coffee a real treat.

On first consideration Régis Loisel’s remarkable art doesn’t seem a great fit with the idea of a Mickey Mouse adventure, but one look at the staggeringly good pages reveals this as a labour of love. Throughout Europe Mickey and Donald Duck still appear in every newsagent, every child growing up thrilling to their adventures, and Loisel channels his childhood thrills as if a daily newspaper strip, most obviously referencing the busy 1930s style of Floyd Gottfredson. That’s also the era in which he sets his adventure, although he includes very current social ills.

Loisel opens with Mickey and Horace Horsecollar constantly turned down for pick-up work for the most ridiculous of reasons, but quickly discloses to readers that this is engineered by Mickey’s old foe Peg-Leg Pete. Unable to afford a conventional holiday, Mickey and Horace collect their wives and head for Donald’s lakeside home, where he’s attempting to launch a boat in typically frustrated fashion. Loisel’s art is known for its detail, but this may be a career peak as he gloriously populates the landscapes, includes all kinds of polished visual gags and defines the cast within them. Importantly, he includes quiet moments of idyllic pleasure, this perhaps more a homage to the duck stories of Carl Barks.

Zombie Coffee’s rogue is property developer Rock Fueler, drawn as a gloriously distorted hippopotamus who wants to demolish family homes to build a golf course. Not to worry, though, as folk can live rent free in his new development for a year, and all men are guaranteed jobs. All of Mickey and Horace’s neighbours have fallen for the ploy, and the title becomes apparent when they discover people hooked on widely circulated free coffee that turns them into docile, stoned robotic workers.

Anyone who loves well choreographed slapstick will find gags aplenty, and there’s such density to the art that readers may well be tempted to read the strips a day at time even if that means over two months from start to finish.

To match the care taken over the story, Fantagraphics have issued Zombie Coffee in a hardcover edition complete with slipcase, and Loisel ends with character sketches of his entire cast. It’s the perfect pleasure. 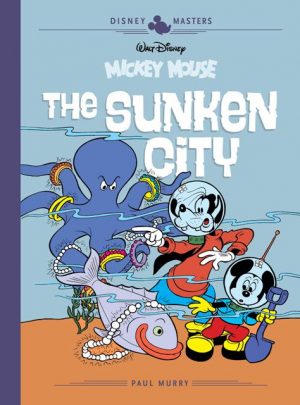