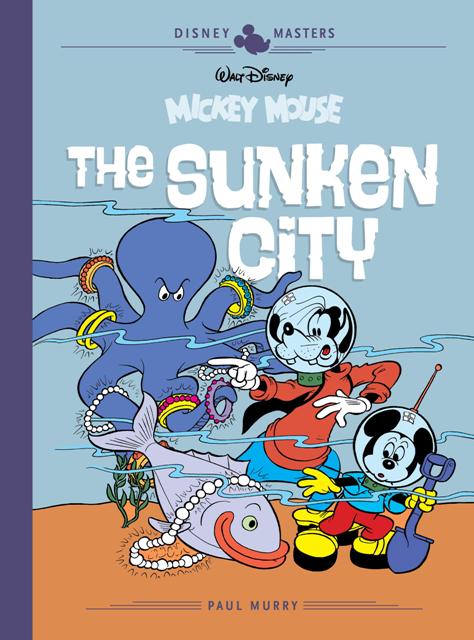 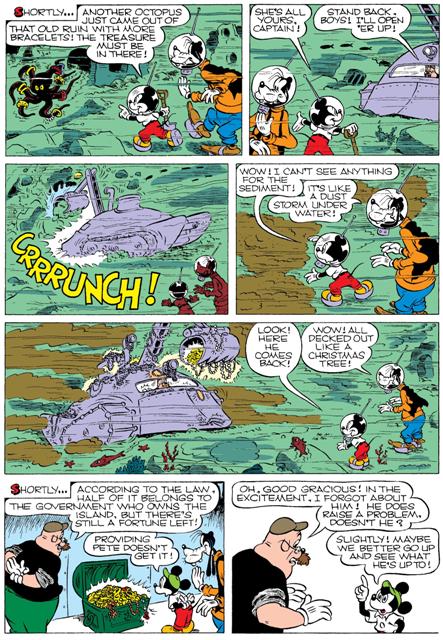 The thirteenth in the Disney Masters series, Mickey Mouse: The Sunken City is the third book Fantagraphics have published featuring the Disney comics work of artist Paul Murry and writer Carl Fallberg. This time the stories appear chronologically, originally serialised from February 1957 to September 1958.

Fantagraphics have made a concerted effort to collect the work of influential yet little known or appreciated Disney artists to a wider English speaking audience, specifically in the United States. The irony is that Murry was American, learning his trade under the great Disney animator Fred Moore, even working as an animator on Dumbo (1941). Moore instilled in Murry that everything he drew should lend itself to animation. This is exactly what you see within Murry’s art, a vivacious energy within every detail and action. Only the cultural attitudes and clothing fashions belie the age of the stories, Murry’s cartooning a joy to behold.

It is usually only the artist credited on a Disney Masters cover, but an exception is made in the case of Fallberg. He and Murry worked together often throughout the 1950s and 1960s, his imagination matched by Murry’s virtuoso illustrations. Murry’s undewater scenes in title story ‘The Sunken City’, a hunt for treasure in the lost pirate city of Port Rancid, are five star but it exists because Fallberg dreamt it up.

All the tales have an adventurous theme, something very popular in the 1950s that Disney capitalised on with live action productions of Treasure Island and Davy Crocket: King of the Wild Frontier. Mickey’s fishing trip in Fort Moosejaw turns into an adventure solving a mystery in order to help Goofy join the Mounties (‘The Legend of Loon Lake’). Later Mickey and Goof help out Chief O’Hara’s brother when mysterious fires start burning people’s homes down (‘The Phantom Fires’). Then there’s the little trip to sea when Goofy inherits an old sea captain’s parrot and they go searching for treasure (‘The Castaways of Whale Bay’).

Adventure stories like these don’t get much in the way of attention in the 21st century, but they haven’t lost any of their charm. Artistically, from both an illustrative and literary perspective, these are still impressive. They bear the attitudes of their time, the depictions of the Canadian First Nations (‘Loon Lake’) and South Sea islanders (‘The Idol of Moaning Island’) reflecting what was normative racism at the time. Think of it as a historical record, a memo on how things were. Not only for the wrong reasons, but also for that classy 1950s style Murry captures in his meticulous detailing of clothes, cars and settings.

The importance of these stories lies mostly in the fact that by serialising their tales from one comic to the next, Murry and Fallberg were breaking new ground. At the time wrapping up a story in one issue was expected, even among the superheroes. The neat cliffhangers closing each chapter are a master class and would certainly have hooked readers into polishing their pennies for the next issue.

The cultural attitudes in The Sunken City have dated, but neither the art nor the storytelling has diminished in these fun classics. Murry returns in Mickey Mouse: The New Adventures of the Phantom Blot. 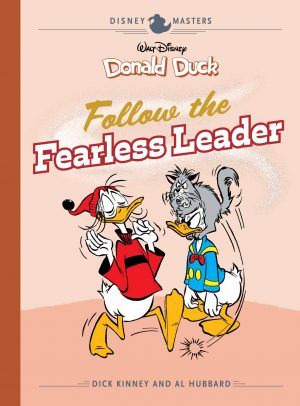