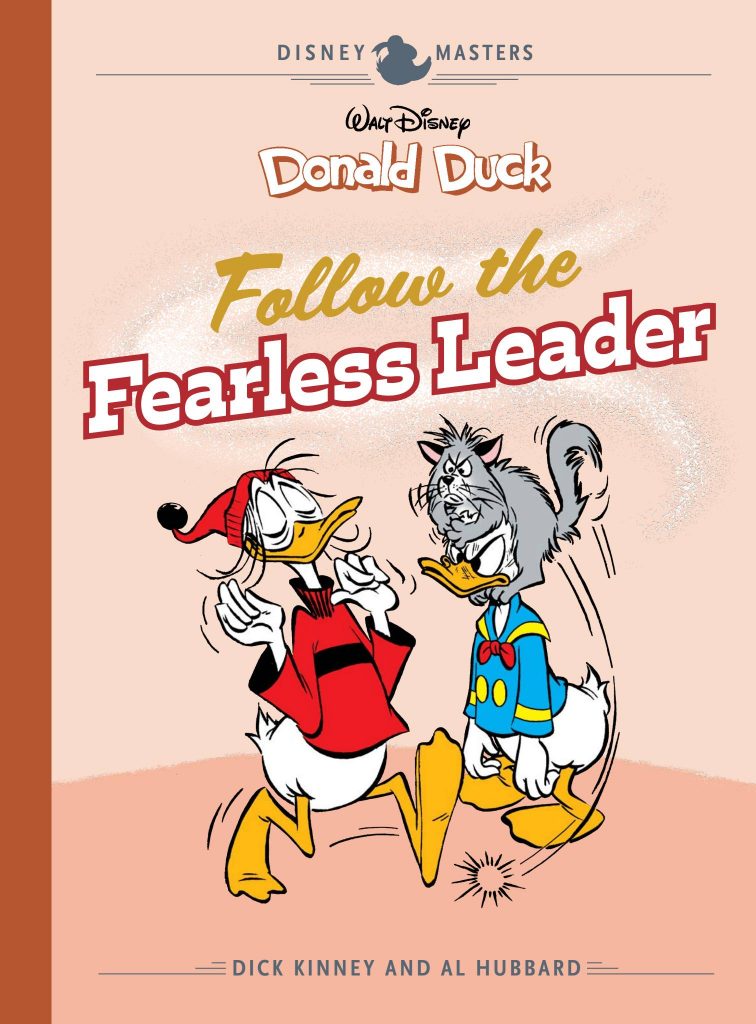 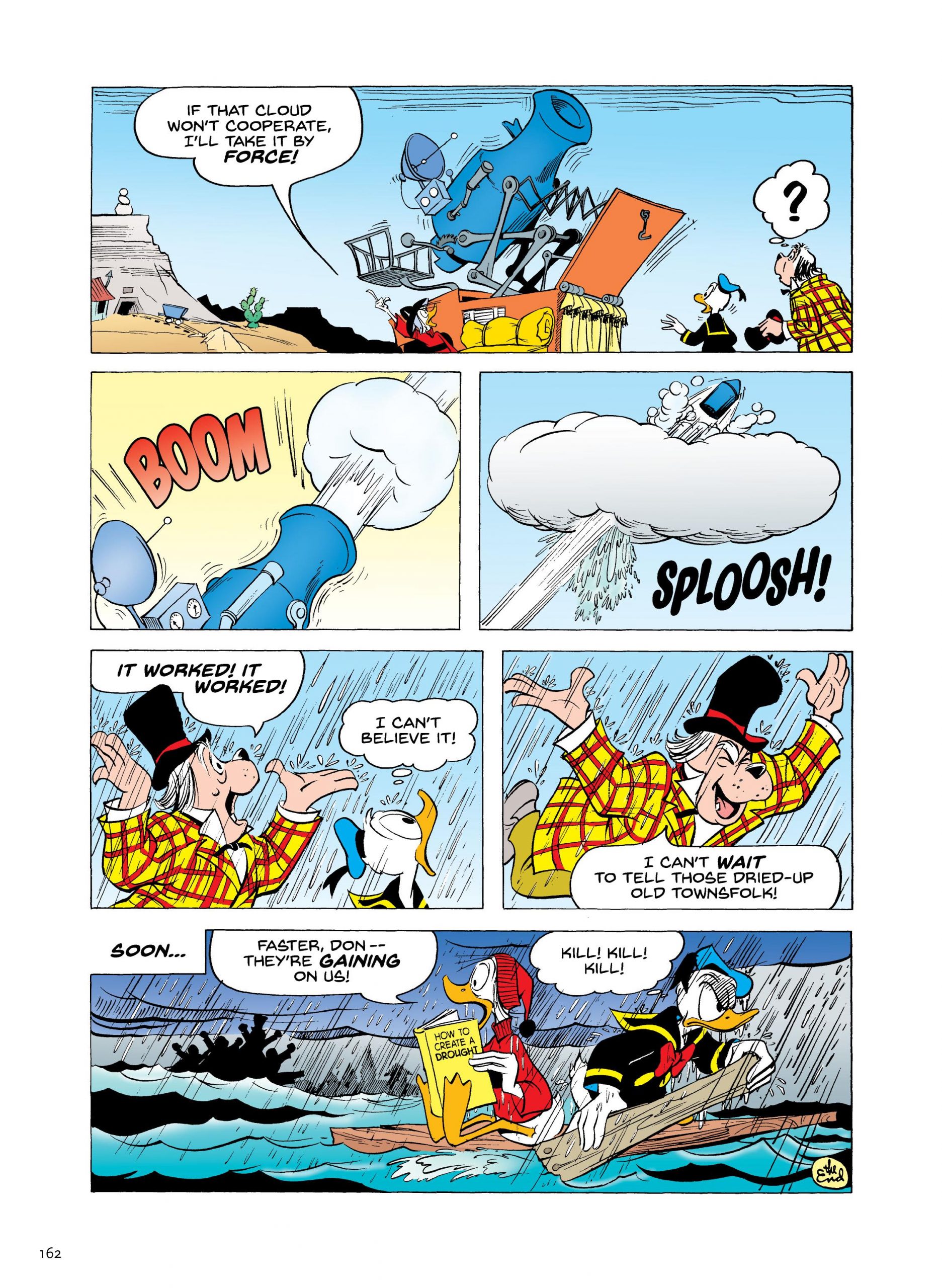 Donald Duck: Follow the Fearless Leader is notable for two things. Firstly, it features the first appearance of Fethry Duck from 1964, a hippy woolly hat wearing mallard into the latest fads. Writer Dick Kinney and artist Al Hubbard were assigned to write new stories reflecting a different side of staple characters like Donald in order to meet a growing international demand for Disney Comics during the 1960s. Even an additional 2,000 pages was not enough to meet the demand in Italy alone, Australia and Brazil also clamouring for more. Secondly, despite being written in English this is the first time these stories appear in print in North America.

That’s revealed in the enlightening closing essay on the Kinney/Hubbard partnership along with other interesting titbits. Suffice it to say, it is difficult to understate how influential Kinney’s writing and Hubbard’s art were on European artists. Fethry has already featured in Disney Masters as illustrated by Giorgio Cavazzano in The Forgetful Hero, itself a dazzling tale. Go back to that after reading this and you can clearly see the influence. Fethry’s whole purpose was to bring out a side of Donald Duck that readers hadn’t seen before. His usual depiction is of anger and frustration, exasperated by Huey, Dewey and Louie, wound up to frantic frenzy by Gladstone Gander or mercilessly ridiculed and exploited by Uncle Scrooge.

Fethry keeps turning up at Donald’s house because, of all the relatives, only Donald has any kind of patience for his fad obsessed cousin, and it becomes a running joke that even DD’s cat Tabby begins to hide every time Fethry appears. Kinney’s experience writing for zany animations like Woody Woodpecker (he worked on ‘Niagara Fools’) facilitates scenarios that produce a chuckle almost every page. From the health craze beginning in the 1960s (‘The Health Nut’) and rare cat breeding (‘The Cat Caper’) to doomed attempts to save more time (‘Time to Duck’), Kinney’s style is characterised by goofball ideas. The concepts are simple, yet the stories are never boring.

Some artists need a few pages to warm-up but not Al Hubbard. Crisp and vibrant from the start, his art only improves from there. Initially Donald’s eyes are drawn very large, although lacking the same expression as Fethry’s, taking the impetus out of the story ever so slightly, but by the titular ‘Follow the Fearless Leader’, every little flaw is gone.

The stories also become funnier, from the very fun ‘The Heck Ship’ to the brilliant ‘Hot and Cold Running Ducks’, where Fethry decides he is a rainmaker and heads to the desert town of Dry Mulch (sample). From angry hillbillies to exasperated cats and fancy gadgets, Hubbard renders them all marvellously. You’ll also notice the pair satirise the actual fads of the 1960s, from James Bond films and the rise of folk music (‘It’s Music?’) to the pop art phenomenon (‘Pop Goes the Art’).

The screwball fun and the always engaging relationship between Don and Fethry make the stories in Donald Duck: Follow The Fearless Leader great fun. When Kinney started working for Disney comics, he set out to be a Duck Man. The road may not have been smooth but he got there eventually.

Fantagraphics next Disney Masters collection focuses on Paul Murry’s work with a classic Mickey Mouse antagonist in The New Adventures of the Phantom Blot.