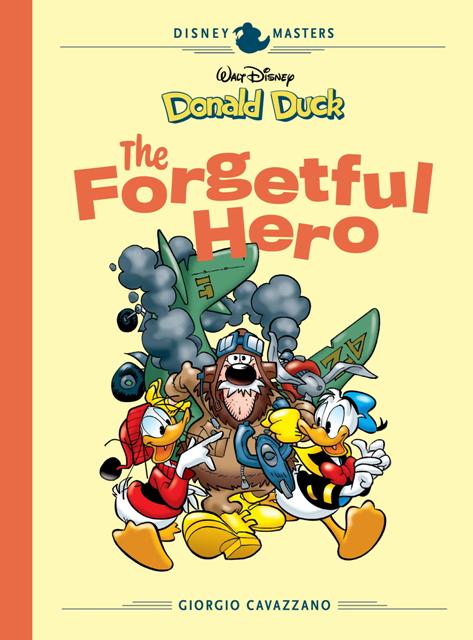 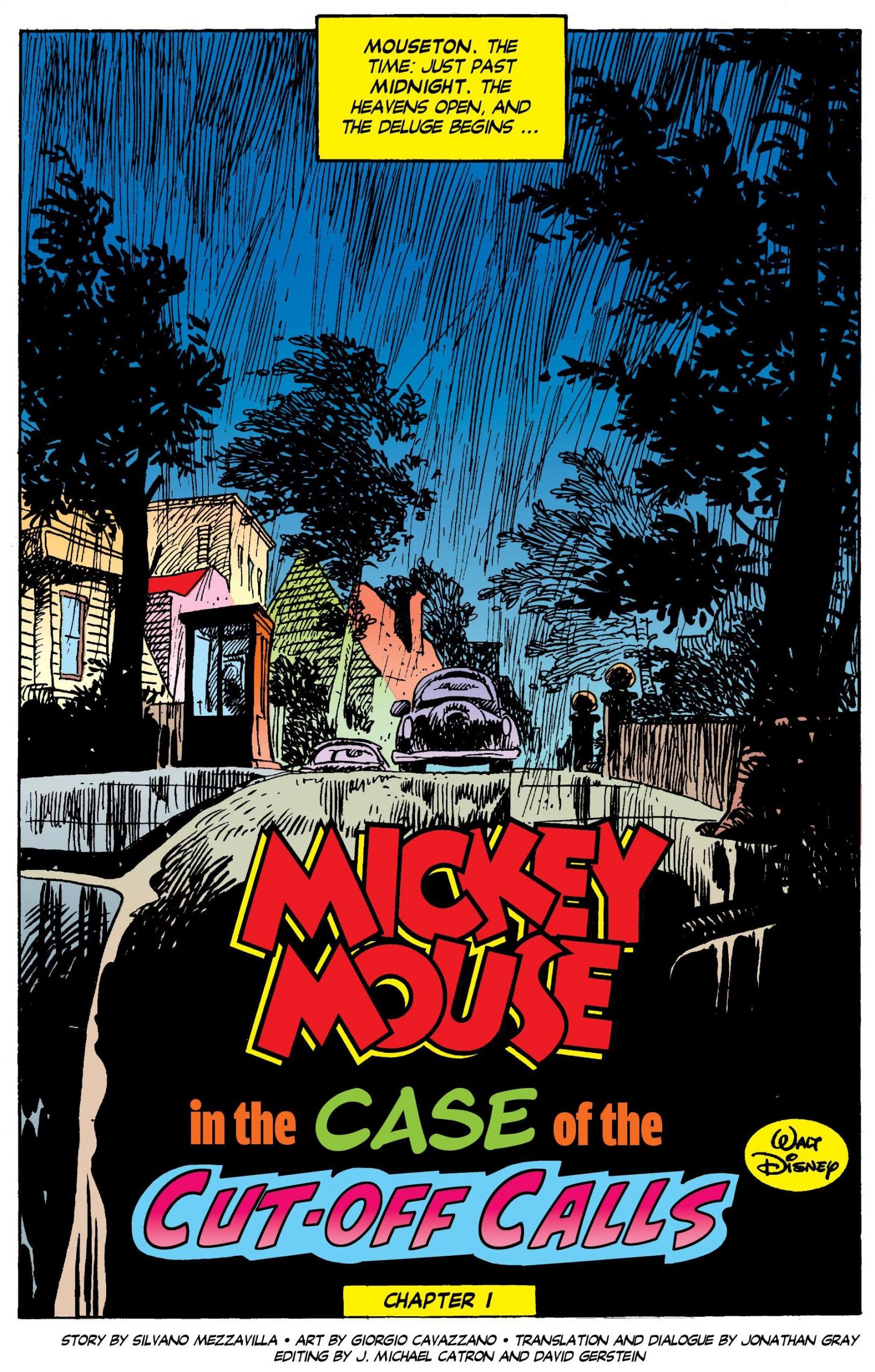 Most artists featured in Fantagraphics’ Disney Masters series were influenced by the Walt Disney comics of either Carl Barks or Floyd Gottfredson, but European artist are equally likely to be  influenced by Romano Scarpa. You can see the telltale signs within the illustrations, for the most part producing a comfortable familiarity. It’s no bad thing because Barks, Gottfredson and Scarpa were masters of their craft giving Disney comics a distinctive style, but few creators entirely escape their long shadows.

Then there is Giorgio Cavazzano, Fantagraphics showcasing his work in English for the first time in their twelfth Disney Masters collection, Donald Duck: The Forgetful Hero. Cavazzano was apprenticed under Italian Mouse Maestro Scarpa, but he is also widely influenced by Franco-Belgian creators René Goscinny, Albert Uderzo and André Franquin. His style carries exaggerated movements, expressive features and detailed settings populated with a lots of activity. It’s more obvious within his non-Disney work (Smalto e Jonny), but in the Disney culture it’s a highly unusual style that stands out wonderfully!

Four stories featuring Cavazzano’s art are written by one of four writers: Guido Martina, Fabio Michelini, Silvano Mezzavilla and Giorgio Pezzin. ‘The Plantastic Voyage’ could be from a science program as Uncle Scrooge hires Gyro Gearloose to create a machine that can transport them inside plants. While he cites scientific curiosity, Scrooge really has money making on his mind. There’s so much fun detail in what is the most creative interpretation of a plant’s cellular structure ever, biology and fantasy fused to great benefit of all.

‘The Dazzling Duck She-Venger’ is a landmark in Disney Comics for both Daisy Duck and female representation. Tired of being underestimated and her ideas dismissed by both Scrooge and Donald, Daisy takes on the mantle of the Duck Avenger to fight sexism. Martina’s story is brilliant, as is the delight of Cavazzano’s artwork, so vivacious and fresh. If it weren’t for Daisy’s fashion choices you wouldn’t tell that this is from 1973.

The crown jewel of this collection features Mickey Mouse in ‘The Case of the Cut-off Calls’. With a marvellous opening scene (sample) Cavazzano sets the tone to Mezzavilla’s tale of everyone in Mouseton being woken up at the same time by a broken call for help. Cavazzano wastes no time in setting the mood, a master storyteller with the brush and pen. Mickey shrugging his coat against the wind, the details of a house at night, the machines in a lab or just a character’s worried glance facilitate the story.

‘The Forgotten Hero’ is a rollicking action adventure where Donald and his cousin Fethry Duck have a unique way of dealing with Uncle Scrooge’s night terrors. A better way of treating them would be finding famous people so that his publishing company can sell their memoirs. The art style is simpler, the lines lighter and settings less detailed but wowzers, the expression of each cast member, the way they move and how the plane zooms across the frames are awesome!

Adventure, science fiction and mystery stories abound in the Disney Masters but Giorgio Cavazzano’s work in Donald Duck: The Forgetful Hero makes them feel unlike anything else featured in the series. His style always adapting to get the best out of his cast, his work stands out in whatever genre he has to place them. This is only a small sample and it’s hoped Fantagraphics will publish more very soon.