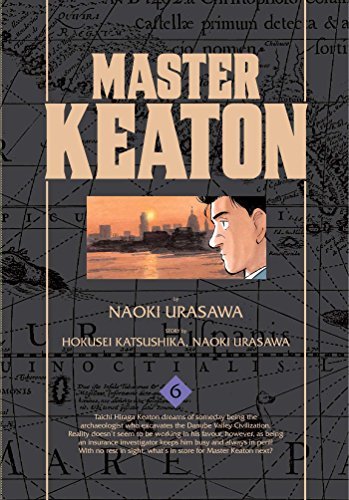 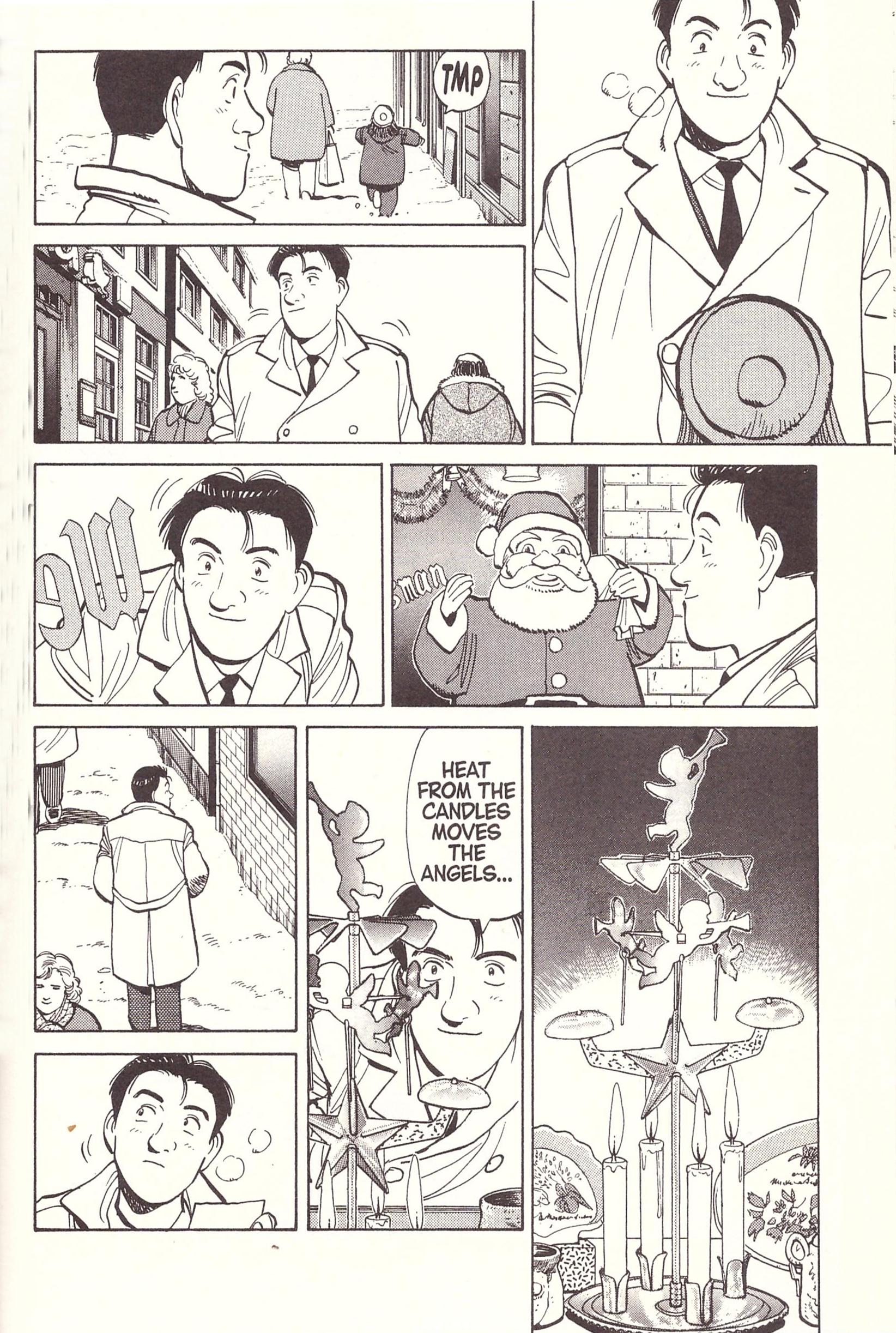 The comments about any volume of Master Keaton to date pretty well apply to them all. They feature around a dozen cleverly constructed stories, humane and largely gentle mysteries drawn with appeal and character rich precision by Naoki Urasawa, and phenomenally well-researched in the pre-internet era by writer Hokusei Katsushika. The only change going forward from this volume is Urasawa replacing Takashi Nagasaki as co-writer. You won’t notice the difference.

Taichi Keaton’s background seems faintly ridiculous in synopsis, but when reading there’s no thought of it being contrived. He has a Japanese father and an upper class English mother, and his dedication saw him join Britain’s elite SAS force, eventually becoming a trainer. That’s coupled with a degree in archaeology, occasionally used for lecturing, and a main trade as an insurance investigator. He’s from the sometimes socially awkward Columbo school of investigation, gradually piecing things together and not disclosing what he knows.

Sometimes he’s altogether absent, as in the first story in which his father takes the spotlight in what’s otherwise a typical Master Keaton story. Two proud old men have fallen out with each other over a favour one attempted to do for the other, the point of contention being it involved cheating. It’s a smart consideration of friendship, self-sacrifice and the hands of fate, with an appealingly light touch despite Urasawa’s portrait of one great glowering individual. The resolution is perhaps contrived, but reaching it is a joy.

Family circumstances are a recurring theme, and as before real world political circumstances play into Keaton’s life. Earlier stories set in Germany occurred when the nation was two separate states, but the German story here takes place after the Berlin Wall has fallen, and there’s a return to the pre-1997 agreement activities of the I.R.A. You’ll learn the origin of the term ‘mafia’, how Oxfam began and the legend of King Brian of Wales.

Among the investigations carried out, Keaton looks into mysterious deaths within a company’s hierarchy, the whereabouts of a missing doctor, and the murder of a Mafia don’s son. It speaks to violence, but Keaton’s serene and positive character sucks the conflict away, and there’s only the single story where his SAS training is required beyond a single panel, this the first to feature the return of a previously introduced threat.

You don’t have to match Keaton’s level of curiosity, but no matter what the story circumstances, the inquisitive reader will rapidly become engrossed in what’s happening, and the art is glorious.