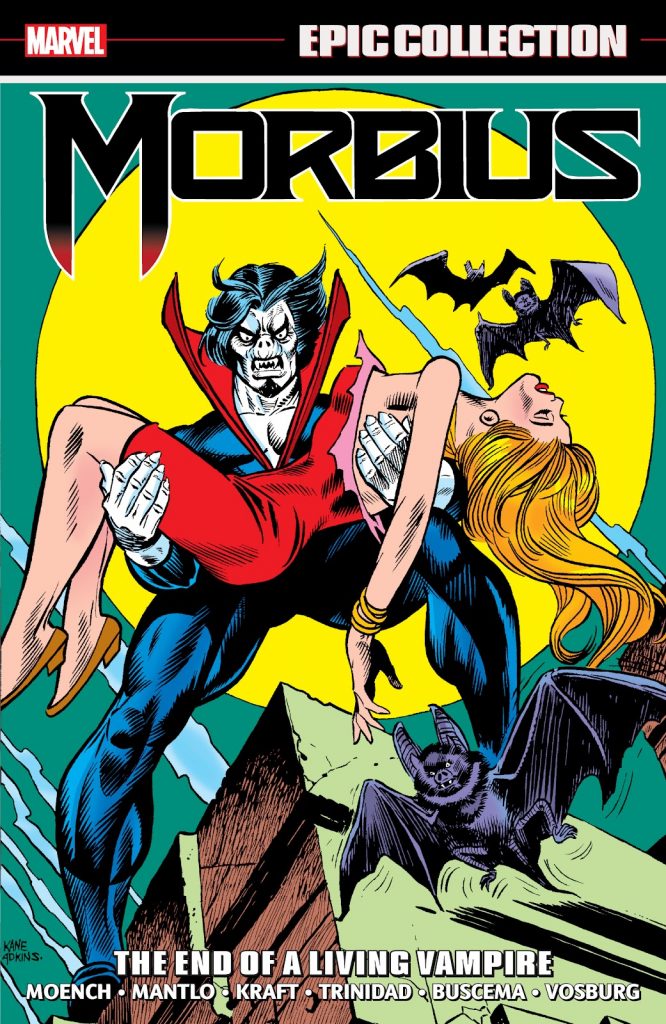 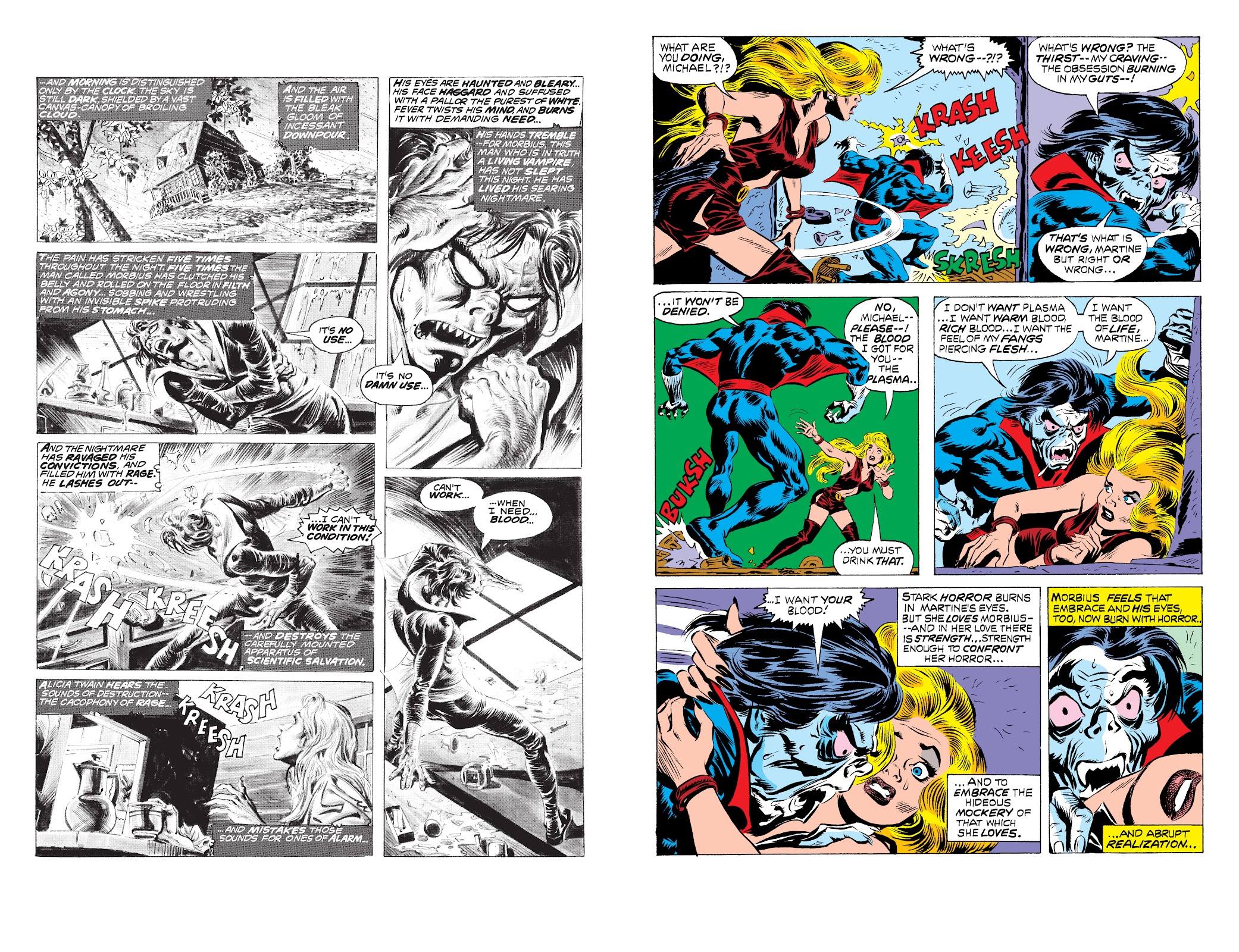 A second Epic Collection gathers the ups and downs of Morbius the Living Vampire from 1975 to just into 1981, via the conclusion of his two 1975 series to further meetings with Spider-Man and an extended battle with She-Hulk.

The Living Vampire reprinted the first half of Morbius’ 1975 colour series, plagued by ever-changing creators, and the opening content here concludes that run. Doug Moench removes any originally and introduces a laughably intense, all-action CIA agent, drawn by Frank Robbins leaping everywhere, and a giant glob with dozens of random eyes. Under Bill Mantlo it devolves further, what’s supposed to be urgent instead ridiculous.

Moench also scripts the black and white content, over-writing at times, but it looks so much better for artist Sonny Trinidad’s amazingly detailed pages. His sample art shows a scene repeated in variations many times over this and the previous collection, but never drawn as gracefully and atmospherically. He puts the same effort into two further stories. British readers will find both creators’ idea of the UK funny, but between them they turn out viable gothic thrillers. They’re closer to traditional vampire stories, paying only lip service to Morbius’ scientific origins, but collectively they’re the best of Morbius during the 1970s.

Next up is Morbius teaming with Ghost Rider, Man-Thing and Werewolf by Night investigating why a volcano has erupted on Sunset Boulevard. As supplied by Bill Mantlo and Robbins the answer’s not worth knowing, as the emotional core that might have made for something readable is used as a throwaway at the end. Mantlo’s no better reviving a ridiculous 1960s villain forcing a team-up with the Thing. Two more encounters with Spider-Man follow, neither of which sparkle, and Mantlo’s random curing of Morbius is plain lazy writing.

Morbius subsequently meets She-Hulk very early in the latter’s career, long before she became the laid-back and comically successful personality of today. Here she’s meek lawyer Jennifer Walters whose anger externalises in savage raging. David Anthony Kraft mixes Morbius and She-Hulk with a sinister cult lead by an inordinately persuasive man and his super-strong daughter. It’s midway through the third of four chapters before Morbius makes a significant appearance, now seemingly not cured after all and having to take a stabilisation serum. They might fall far short of masterpieces, but Kraft’s stories certainly surprise, and the kitsch early 1980s details in Mike Vosburg’s art are well observed. It’s largely soap opera with a few action intrusions, but as seen earlier in the collection, it can be produced far more poorly.

Due to Moench and Trinidad this collection ranks slightly higher than the earlier material, and it’s combined with that in oversized hardcover as Morbius the Living Vampire Omnibus. 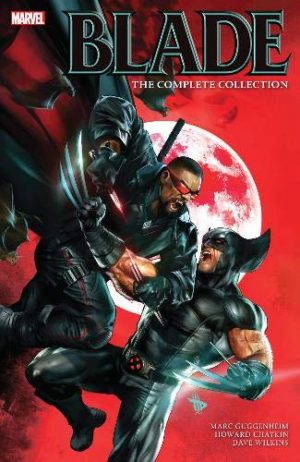