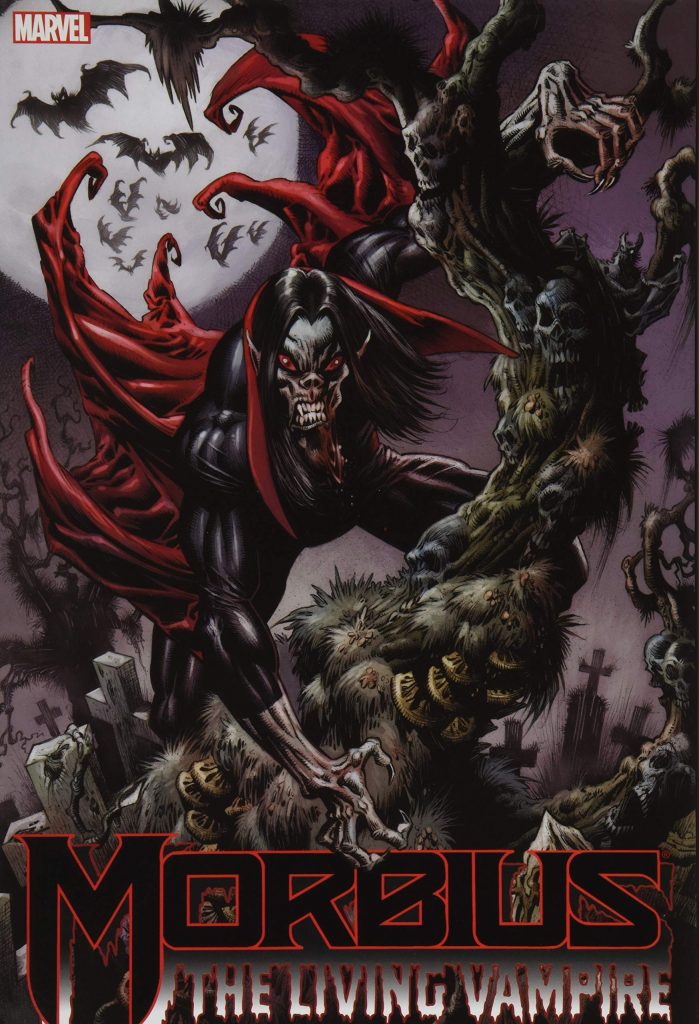 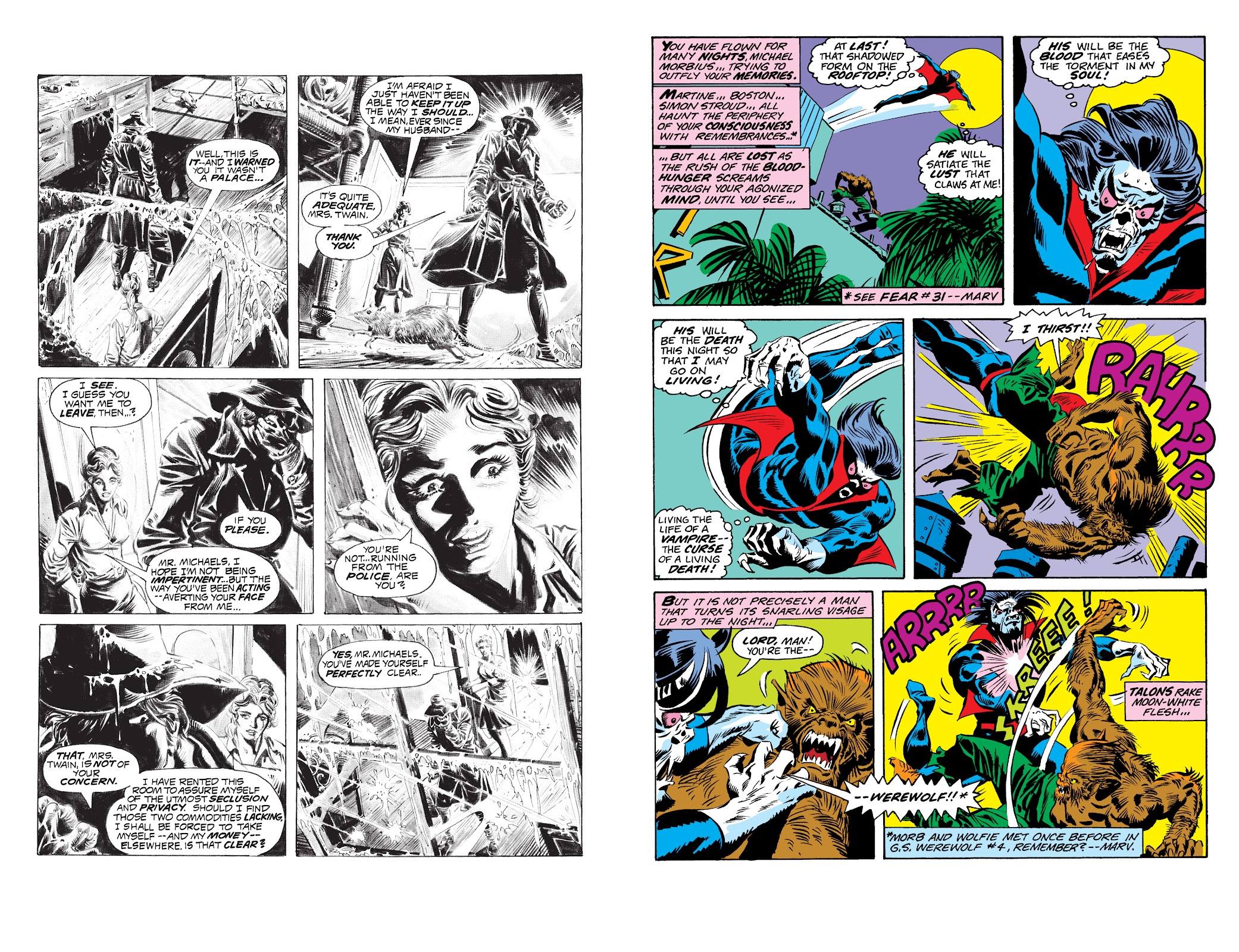 This oversized hardcover selection reprinting the 1970s appearances of Morbius the Living Vampire pre-dated the two paperback Epic Collections separating the same content, but in any form surely the mediocrity means there are better ways to spend your money. Constant creative changes and a lack of inspiration make it seem as if Morbius was the character no-one wanted to work on.

The content broadly separates into Morbius as guest star in other titles, his own colour series from 1974 to 1975 and the concurrent black and white stories running in Marvel’s magazines. These, crucially, aren’t limited by the watchful censors of the Comics Code Authority and in terms of writing, and largely art as well are the best to be found here. Don McGregor writes the first batch, most frequently drawn by Rich Bucker applying far more effort than he does on the colour material, actually considering the page and character designs. McGregor has ideas removing Morbius from his cycle of bloodlust and bitter remorse, and his stories frequently surprise, but to get at that requires wading through immense amounts of text and an annoying second person narrative format. Tom Sutton’s art is also notable for a thoroughly dissolute and emaciated Morbius.

Doug Moench and Sonny Trinidad (sample art left) supply the collection’s highlights with three moody gothic thrillers, the oversized pages displaying Trinidad’s accomplishments at their best. His pages are atmospheric and tell the story well, he draws beautiful portraits with a variety of expressions and he has a mastery of light and shade. Neither Moench nor Trinidad have any great idea of the UK, but that won’t matter to most readers.

Beyond that, the highlights are almost all artistic. Then youngsters Paul Gulacy and P. Craig Russell haven’t found their distinctive styles yet, but there’s effort and imagination on their pages beyond most other artists. Gil Kane draws the Morbius origin very nicely, but it’s part of the nuttiness of Spider-Man growing four extra arms, and not all Kane’s art reaches the same standard. When he’s on form, though, such as with a memorable X-Men sequence, he hits all the right notes. Page for page Frank Robbins draws more of the colour work than anyone else. The sample page is a better example of his mannered, all-movement style, which isn’t always well suited to the mood.

Very few writers have any idea what to do with Morbius, nor how to distinguish his science-based creation from the traditional vampire. Steve Gerber gives it the best shot in the colour comics, but that’s over a genre-hopping muddle, seemingly plotted on the fly. There’s undeniable imagination, but as so often with Morbius, the concept trumps the execution. Too many other writers don’t even manage that, with Bill Mantlo a frequent offender. Morbius facing off against Werewolf By Night should be a real savage thrill, but on three occasions the contest fails to ignite.

The final content is a four chapter She-Hulk story by David Anthony Kraft and Mike Vosburg, but it’s the third chapter before Morbius steps into the spotlight. He’s a different character here, almost wayward amid She-Hulk’s other circumstances. Again, there’s wackiness, but this is dragged down by too many forced surprises and a primitive, whiny version of Jennifer Walters/She-Hulk rather than the character who became popular.

If your budget is unlimited and your shelf space more so, Trinidad’s work would grace any library, but the merely curious are directed to paperbacks The Living Vampire and The End of a Living Vampire. It comes with the warning that mediocrity prevails. 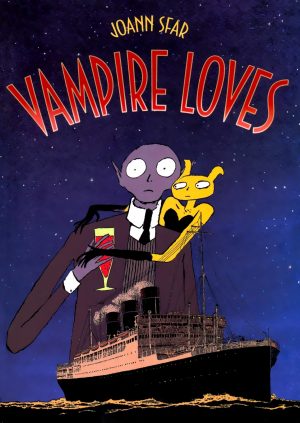