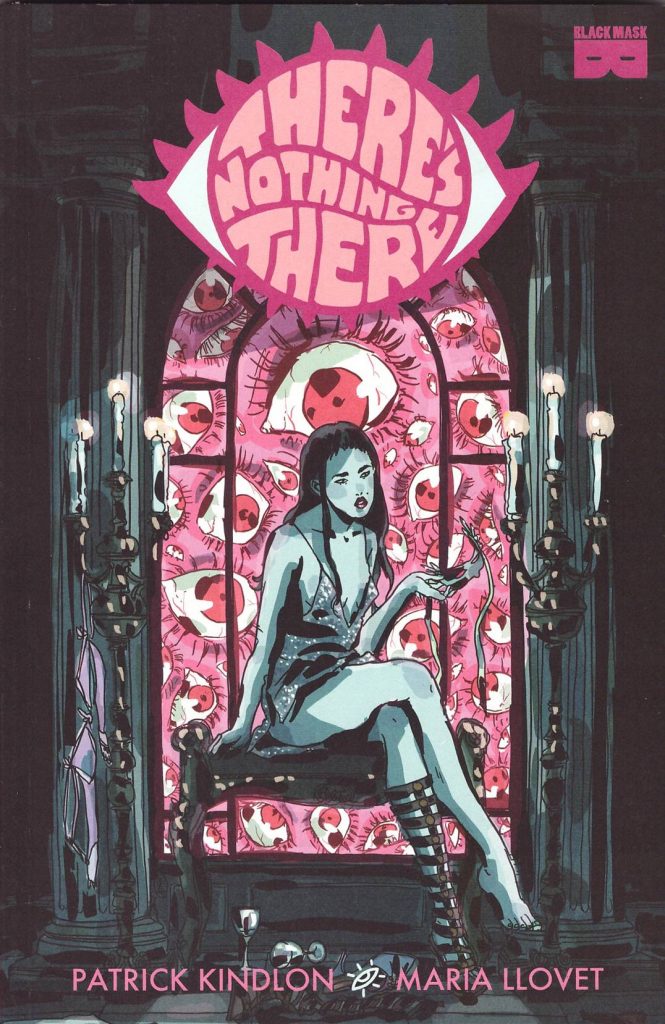 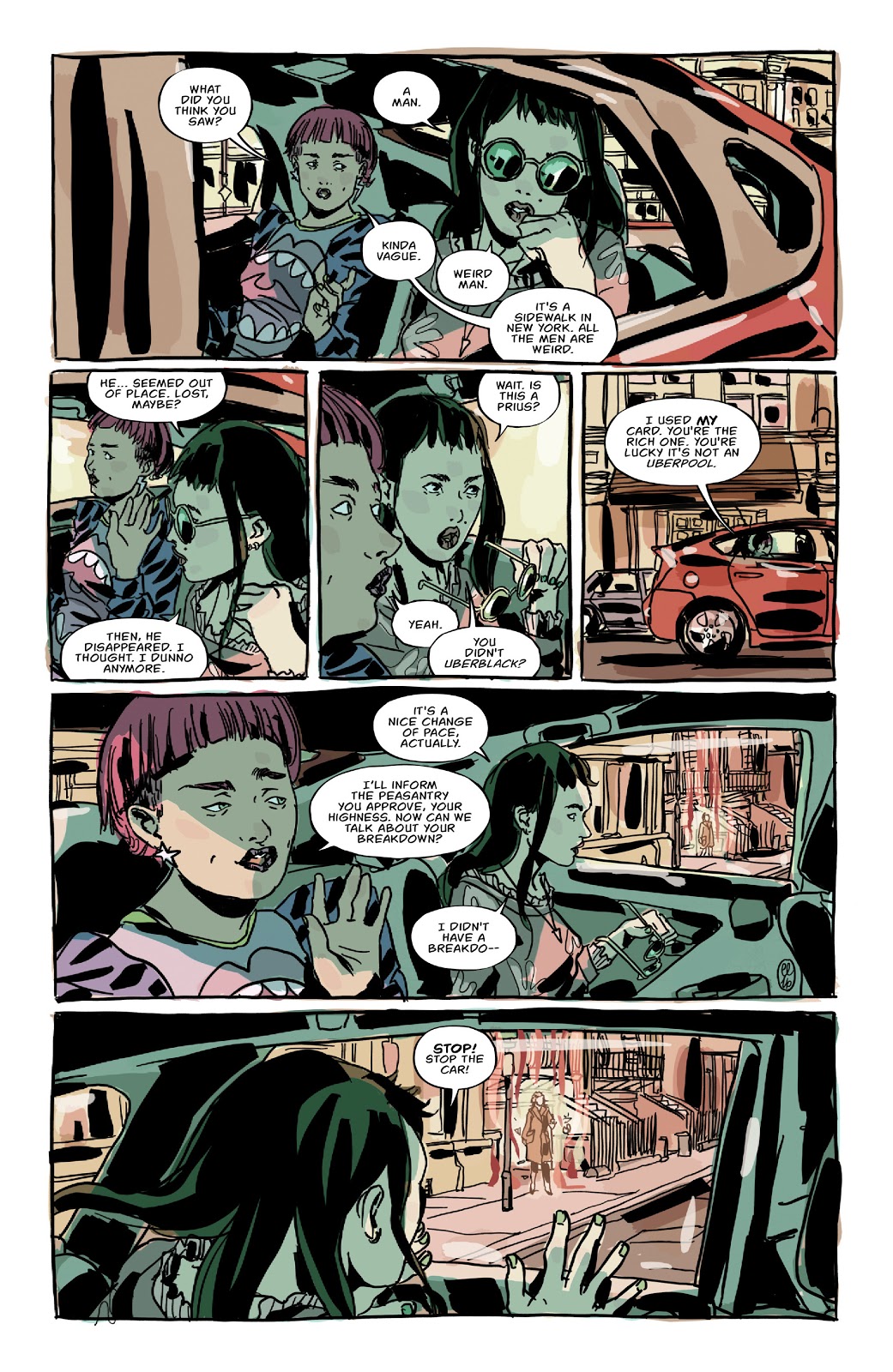 Patrick Kindlon provides his own introduction to There’s Nothing There. Perhaps more creators should do this. He writes about trying to produce a knowing, sassy, horror story of a type that wasn’t available in 2017, and comes up with neat comparison for the feeling he’s aiming for. He explains his father is getting on, and there’s a brief moment of terror whenever his mother calls after 9pm. It’s all endearing and enlightening, but then his story starts, and a few pages in we have an entirely gratuitous prolonged scene of hot girl on girl action, and Kindlon’s stock plummets.

Artist Maria Llovet is a real find, her style a hundred and eighty degrees reversed from the clean lines usually supplied to indicate wealth and status. Her linework has that definition, but she moves away from it via sketchier backgrounds and extremely effective colouring, colour splodges, most often black, providing a messier look to Reno’s disintegrating world. There’s more than a little of Warren Pleece about her work, and that’s an always welcome style.

Kindlon provides enough indications of supernatural jiggery pokery elsewhere to indicate early that Reno isn’t having some kind of personal breakdown, a mistake, as prolonging the option would blur more lines and lead us to wonder along with her if it is a breakdown. Also misguided is the consistent sitcom dialogue, which is smart and funny, but works against the intended tone. Believing someone’s despairing is difficult when they’re so capable of throwing out pithy one-liners. It also traps the cast in a single dimension. Around halfway Kindlon spills the beans as to what’s going on, and that’s a viable premise, although what he keeps under wraps is why Reno is involved. In the end the supernatural intrusions are vague, as is the finale. A terrible personal choice is made, yet because everything is kept elusive we don’t know exactly why, which is unsatisfying.

The good of There’s Nothing There ultimately raises it above average, but it reads awkwardly like two different ideas forced together, and Kindlon having to include every good line he’s ever come up with. Reno and her world would make the ideal background for a smart sitcom of a type rarely seen in comics, while the notions behind the ghostly intrusions would certainly propel a creepier horror piece. Llovet drawing either, or indeed anything else, would be just fine.