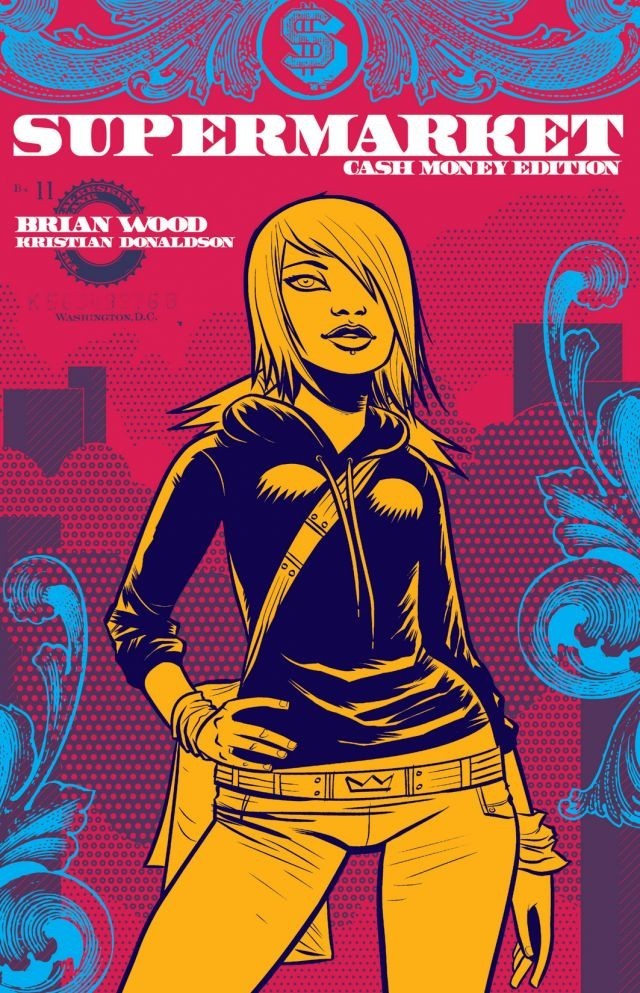 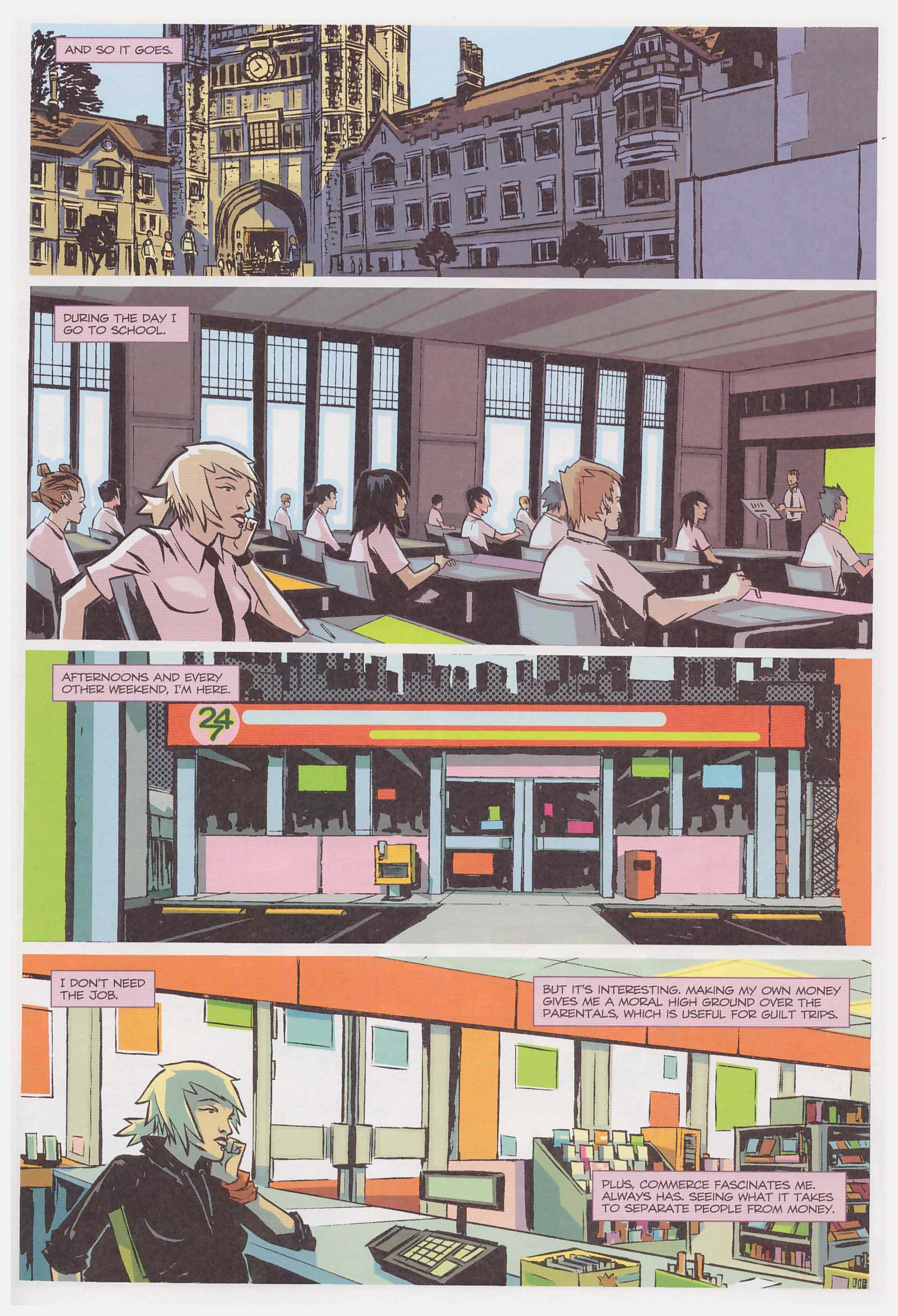 At the same time as he was beginning what became his career-defining series DMZ, Brian Wood was also writing the very different Supermarket. They share themes of occurring in the very near future, and of someone very ill-prepared for their circumstances, having to adapt in a hurry to the situation they find themselves in, isolated and in need of friends.

Like most teenagers Pella Suzuki rags on her boring parents. They’re exceedingly rich, yet she nags about social conscience, and works in the local over-priced convenience store to both annoy them and earn her own money. Yet one day she returns home to something unexpected, with all family bank accounts inaccessible. The supermarket of the title is name scathingly applied to the inner city by those who can afford to live in the gated and protected suburbs.

From the moment of her discovery, Pella’s life becomes one great chase, and the book becomes one great head rush. Pella has an inheritance she’s not previously known about, except she’s not the only person who believes they’re entitled to it. The Yakuza are involved, as are a group of Swedish women, guns and killings abound and you wouldn’t put odds on anyone surviving until the final pages.

Wood’s obviously influenced by Japanese gangster movies, and turns out a fine pastiche that’s all speed thrills and little else, which isn’t intended as a criticism. What thrusts it into life is Kristian Donaldson’s art, which takes its influences from Manga, but with a Western style of layouts applied. He further supplies a unique sense of colour design. Panels bleed out of borders that aren’t necessarily black and there’s a lot of loose brushwork. The result is pages as cinematic as the story’s influences.

This is a quick, easy and fun read occasionally bordering on farce, but never tipping totally over the edge. Based on his Vertigo work you’d not know Wood had it in him.