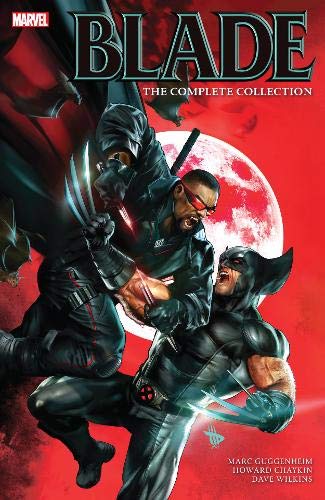 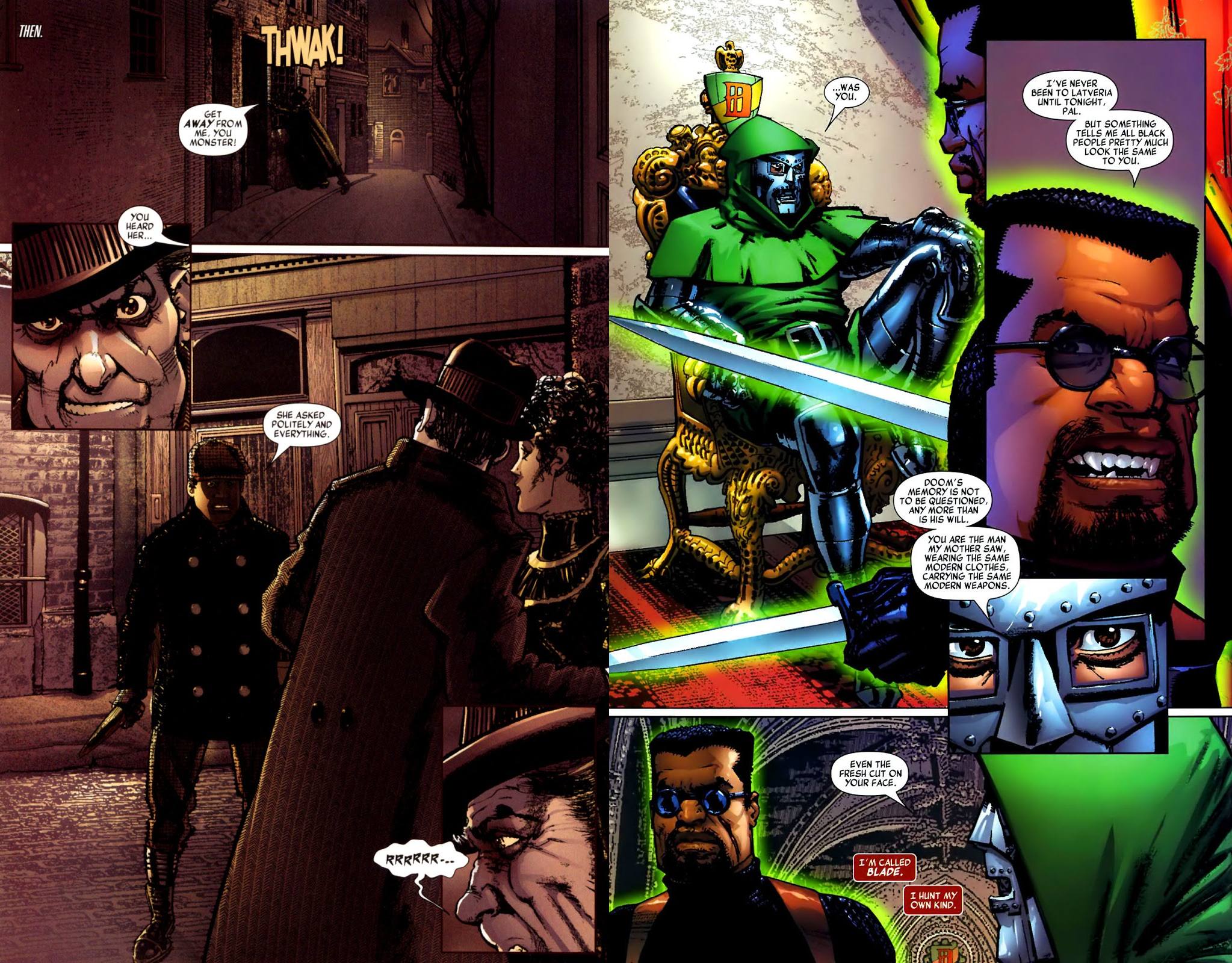 Considering how widely Blade has been spread across other media since the late 1990s, it’s strange that he’s never really caught on with comics readers. The proactive vampire hunter was a great supporting character when introduced in of Tomb of Dracula in the 1970s, and a nice nod to that is Gene Colan drawing the final few pages, showing how Blade adopted the identity of the man introduced then. Otherwise, it’s fair to say none of his comic appearances have been of the first rank, and this selection of stories by Marc Guggenheim and Howard Chaykin, produced in 2006-2007 were an attempt to set that right. To date they’re the best Blade on offer as a solo character.

The longer reading continues, the more it becomes apparent that Guggenheim is plotting a complete story over twelve chapters. This is far from obvious to start with as each episode seems to be self-contained, but slowly at first, then gathering pace, they begin to build a bigger picture, uniting information already provided as we see Blade’s development as a vampire hunter a century previously, and what he’s now up to. Guggenheim peppers the early chapters with guest stars – S.H.I.E.L.D., Spider-Man, and Doctor Doom – but all have a relevance to what emerges, which grows to encompass the mystery of Blade’s father. These are fast-paced, page-turners to an action movie template, with Wolverine’s appearance having a neat twist.

Chaykin’s art is inconsistent. When he’s on form he produces character-rich personalities and kinetic action, but much of the threat posed by villain Lucas Cross is diminished by Chaykin drawing him with an oblong shaped head rounded at the corners. The backgrounds aren’t quite as impressive as they’d have looked in 2006 in the infancy of digitally produced art, but there’s considerable effort applied to ensuring the cast occupy fully realised locations. A little more research might have prevented London being drawn to resemble Greenwich Village, but Guggenheim’s equally guilty of ignorance about the city, having Blade acquire a gun from behind a convenience store counter.

It’s only toward the end that this iteration of Blade dips slightly. Guggenheim’s revealed his mysteries and connections, and there’s some dead space in which Blade acts uncharacteristically hastily. This is in a puzzling way led more by how it’s convenient for the story rather than being logical behaviour, and it’s amid a leaden chapter of much chest-beating and tough guy dialogue that’s not as smart as intended. Pleasingly, Guggenheim recovers for a far better final chapter, surprising again and providing a smart ending.

If preferred, used copies of Undead Again and Sins of the Father are cheaper than this combination.