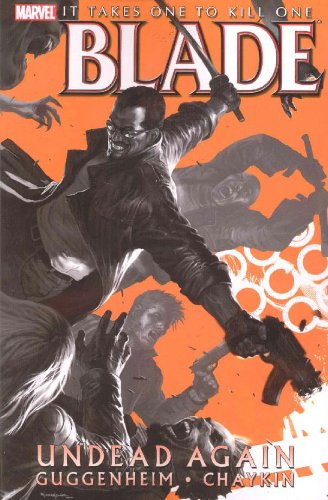 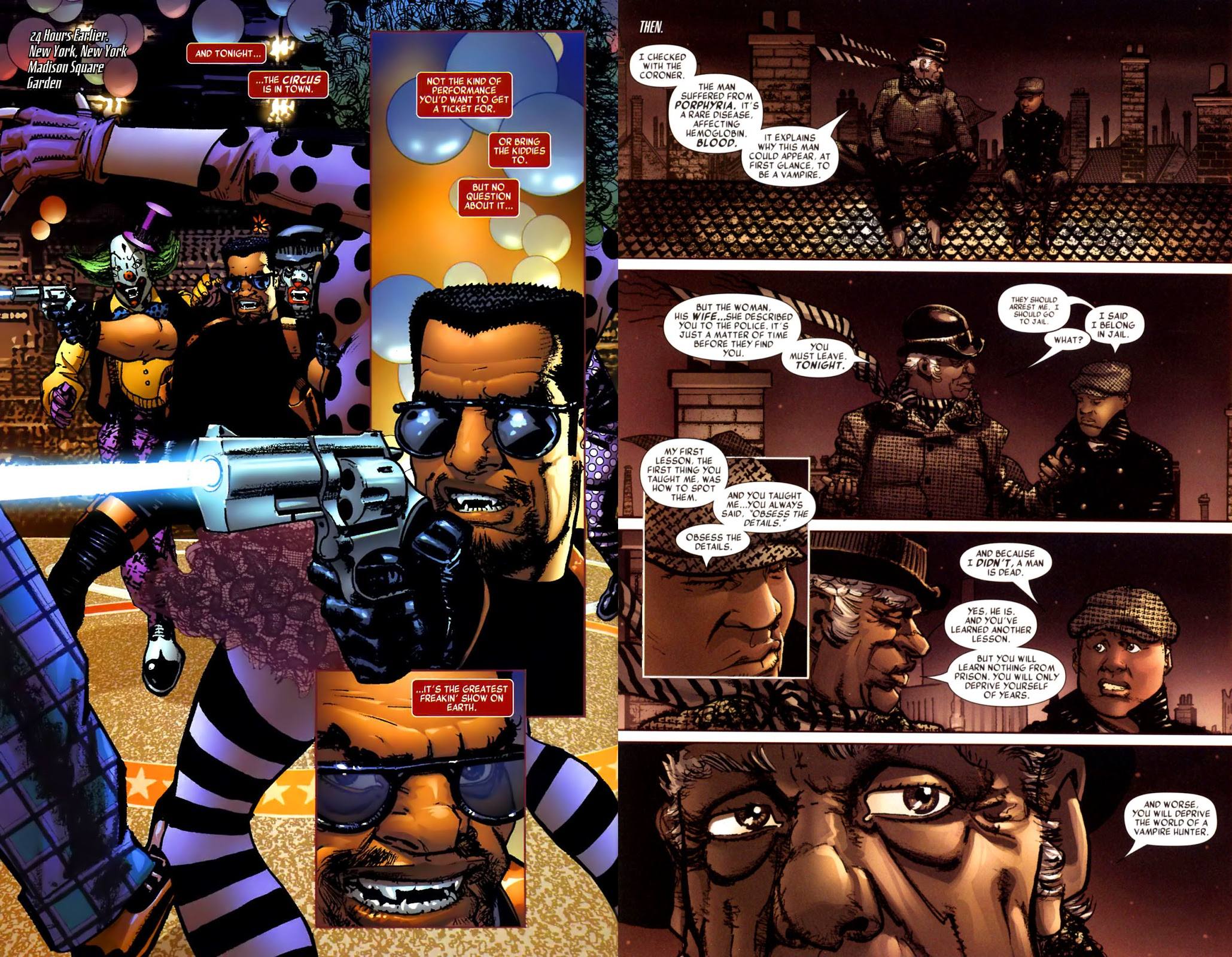 Vampire hunter Blade is an unusual character at Marvel, popular enough with a general audience to star in three feature films, yet the comic audience has never really cared enough for him to sustain a series for any length of time. With a TV series imminent in 2006 Marvel tried again, employing Marc Guggenheim as writer and Howard Chaykin as artist. Given both creators had considerable TV experience to back up their comics work, the intention was something more attuned to the needs of any new readers who’d pick up Blade via the TV show. That it only occupies two graphic novels, combined for a Complete Collection, indicates how the marketing department’s hope panned out. However, that’s not related to quality.

Guggenheim’s approach is to tell single stories, unrolling at one hell of a pace, with Blade’s character secondary to the action, which requires a lot from Chaykin, who’s inconsistent. It’s known he employs assistants, and whoever’s responsible for the backgrounds puts a lot of effort into decoration, although as it’s digitally rendered early in the age of digital art these now have a generic look. On some pages Chaykin creates evocative portraits and first rate action, and others look dashed off in comparison, never unprofessional, but without the same effort.

In addition to what’s happening in the present day Guggenheim sifts in views of the past, showing Blade from an early age, the mistakes made along with the triumphs, a century of experience forging the relentless vampire hunter of the present. Although it’s not obvious at first, in addition to entertaining in their own right, some have a relevance in the present day, more prominent in the subsequent Sins of the Father. The 21st century action involves several Marvel big hitters, and Guggenheim takes care to vary the tone. In the past Blade’s exclusively hunted vampires, but a broadened supernatural scope is no bad thing, and the Wolverine encounter is really nicely put together. These stories have the cinematic action movie quality often missing in Blade’s previous comic stories, and this is the collection to buy if you’re curious.