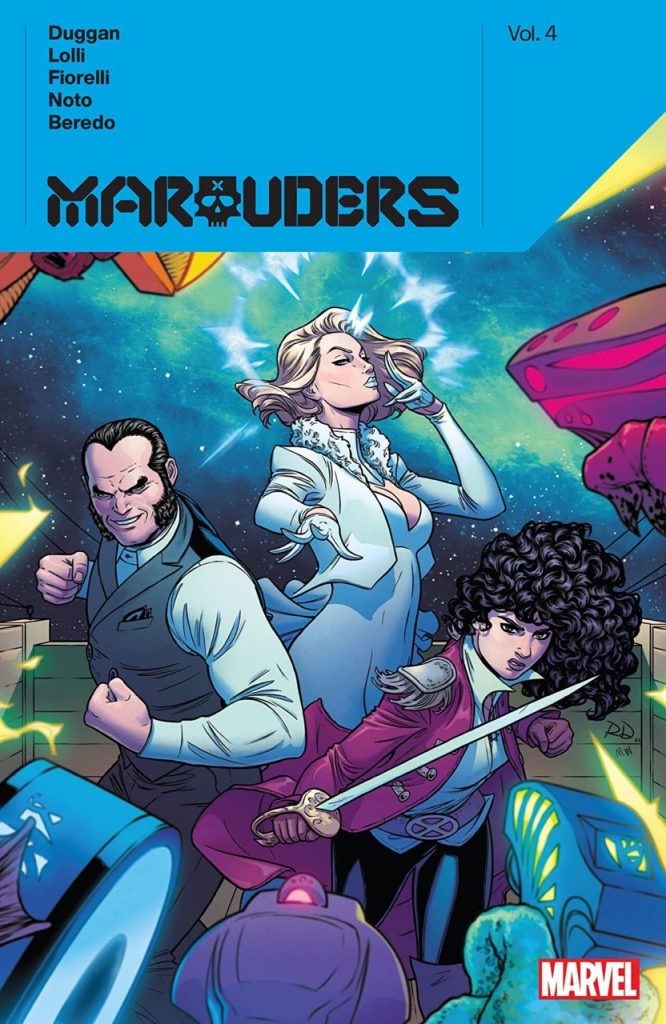 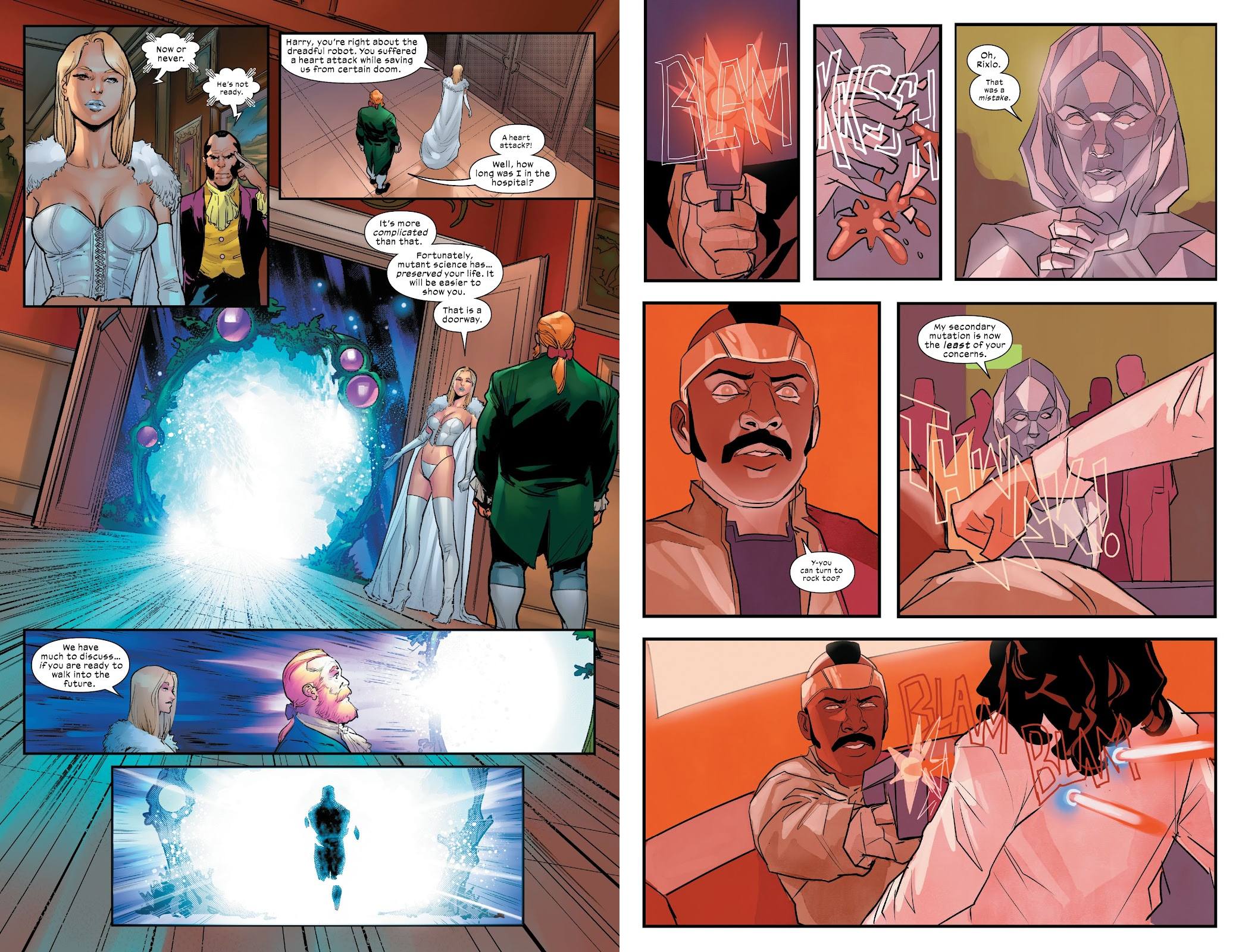 There’s a chapter of Maruaders missing between Vol. 3 and this collection, although to be fair only the ramifications of the entire Hellfire Gala story play out here, and the missing chapter is found in that collection, as is the 1987 reprint whose ramifications are also relevant here. Basically, the events of the Hellfire Gala, power play as a party, reset the balance of the mutant and human populations of Earth. At a stroke Mars was terraformed and claimed as an adjunct of Krakoa, enabling the Arakkii population to settle away from Earth. Various political deals were also done, and Gerry Duggan had a real life parallel to exploit regarding the UK and a shortage of goods in Northern Ireland.

That actually turns out to be the least impressive outing here by virtue of Ivan Fiorelli’s art being plain in comparison with the decorative pages supplied by primary artists Matteo Lolli and Phil Noto (sample spread). Their styles are very different, but because there’s only the single story extending beyond one chapter (drawn by Noto) that makes little difference overall. Klaus Janson’s contribution is a flashback sequence tying in the 1987 Hellfire Club Gala. Cleverly, Duggan repurposes several aspects of it based on Emma Frost’s ability to manipulate minds. The reprinted story was events as Sebastian Shaw experienced them. The truth is revealed in the opening chapter.

If there’s a connecting thread to the individual stories it is the old days of the Hellfire Club. True it doesn’t have much relevance to dealing with a rogue in space, or to the appearance of Fin Fang Foom in search of whisky, or the settling of an old score in London. However, the competitive relationship between Sebastian Shaw and Emma Frost has informed much of the series, and continues to do so here. Their sparring is joyously conducted under Duggan, and there are a couple of extras added to the mix, bringing different qualities and prompting different reactions.

Unfortunately, while Marauders continues, it’s without Duggan, who transfers to X-Men. His four volumes have been consistently entertaining superhero fun, and taken the cast places few might have thought they’d go, and that’s what you want from a superhero series, isn’t it?