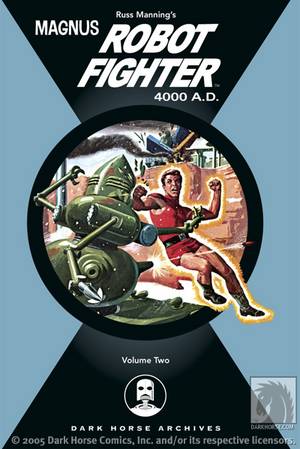 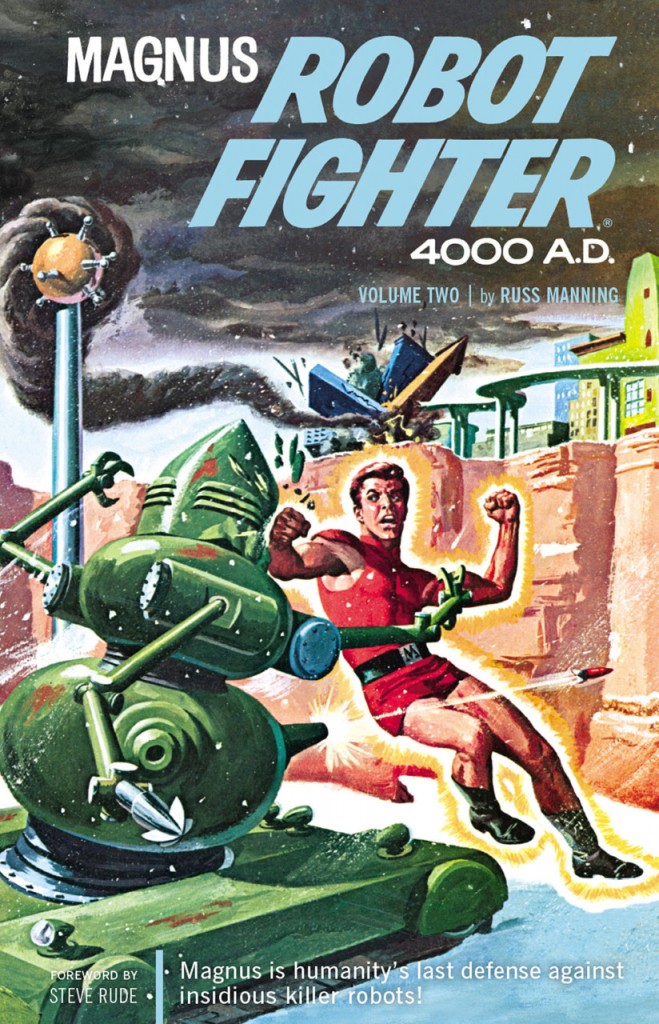 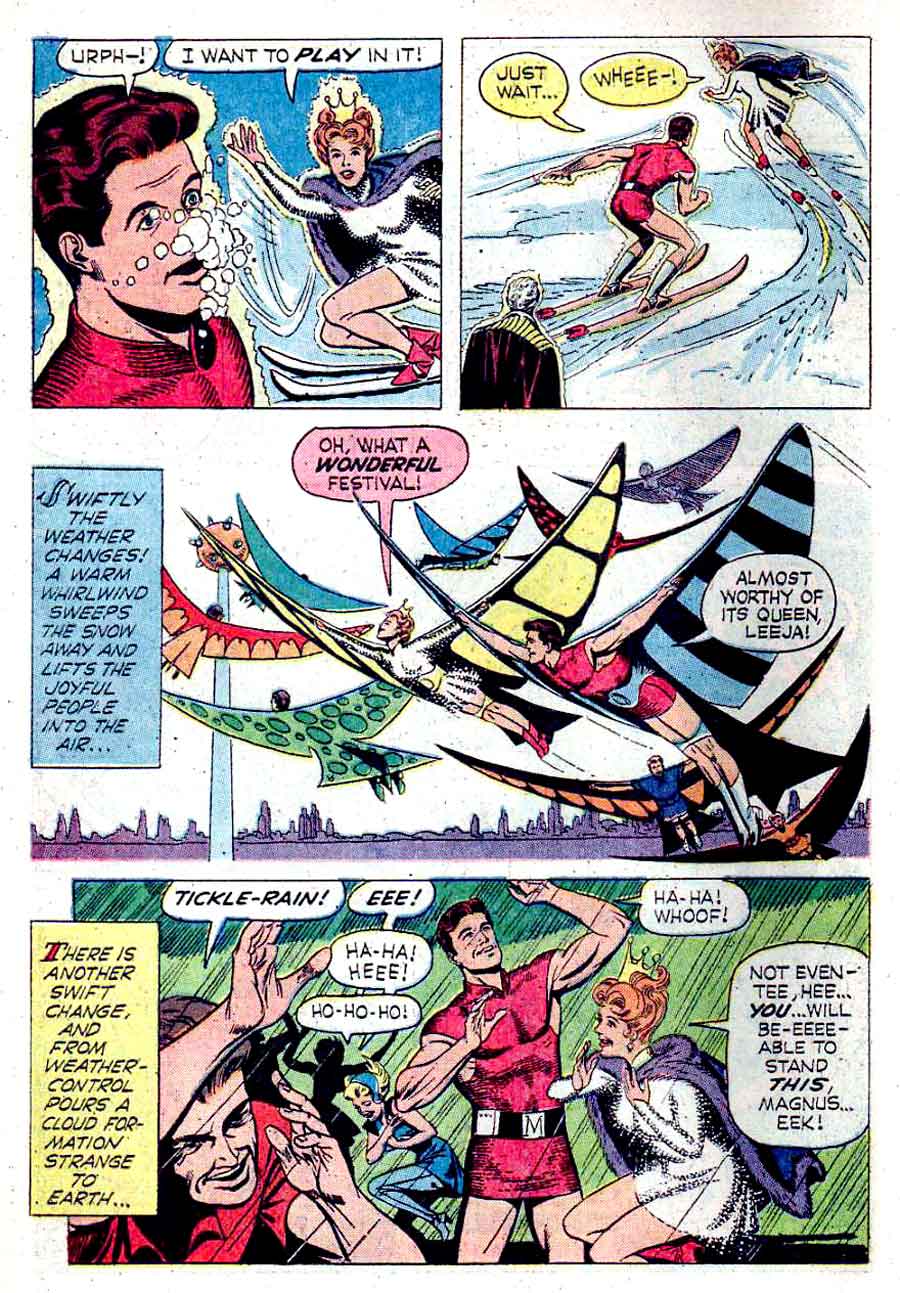 The second in a series of volumes collecting one of the premier works of Russ Manning’s career. Once again the titular character is waging a one-man war against dangerous robots in the gleaming world of 4000 AD, accompanied by the beautiful Leeja Clane.

With these stories, Magnus spends more time visiting other areas of 41st Century Earth (as well as parts of space), so the reader is shown Manning’s more cosmopolitan side as he works other cultures in relation to the gleaming environment of North Am, Manning’s continent-spanning city. To Manning’s way of thinking, the World State is easily in place in the time in which his stories are placed. Fortunately, however, he doesn’t entirely pave over cultural differences, and his idea of the future isn’t as lily white as some of his peers in the field would unconsciously (or consciously) paint it.

Magnus continues his fight, facing such adversaries as Nadmot, the “ghost robot” carrying the recorded memories of an insane scientist, and Dr. Noel, anti-robot extremist who would even risk the death of others in the hope of ridding the Earth of intelligent machines. This arc of stories also introduces The Outsiders, a modern and rather clean-cut teenage gang who espouse Magnus’ ideals in ferreting out and fighting those robots who threaten society.

As before, Manning’s lean prose style leaves no room for problematical grays, but illustrates everything in a specific black-and-white as clearly defined as a John Ford or George Miller film script. Good is good, Evil is evil and the boundaries are clearly drawn. Rather than being overly simple, however, Manning’s stories run without excessive baggage. It’s heroic action as bare boned as a Greek myth, but on these bones is painted with the singularly individual charm of Manning’s visual concepts. Severely sick and wounded people lie in bed with the upper halves of their heads encased in enormous and (so the reader fervently hopes) beneficial bubbles. The houses of the future would’ve seemed at home in Walt Disney’s Tomorrowland, or the 1964-65 New York World’s Fair. And, as always, a variety of humanoid robots stroll about attending to duties, some gazing into microscopes, or operating control panels with their hands. Manning set his stories in the year 4000, but his heart was clearly anchored in the science fiction of the 1930s and 1940s.

Of particular note in this volume are two stories: ‘Robot Ghost’ and ‘The Evil Ark of Doctor Noel’, both of which amply underline Manning’s skill at inserting mood and action with as little clutter as possible. Manning wasn’t immune to occasionally producing a clunker or two, but when he was on his game, his stories would ring as if struck with a steel robot fist.