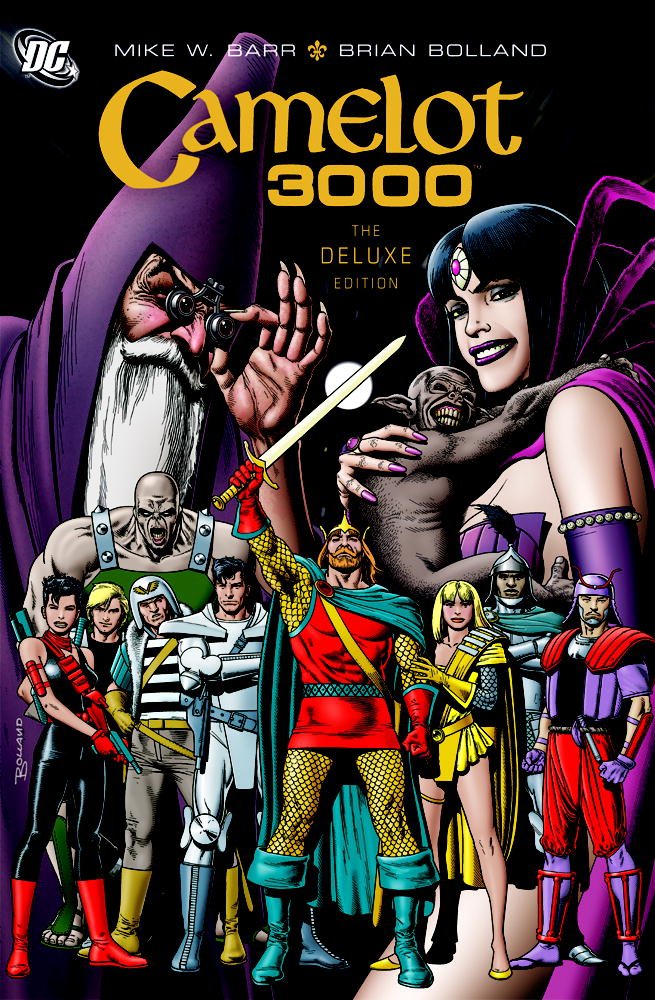 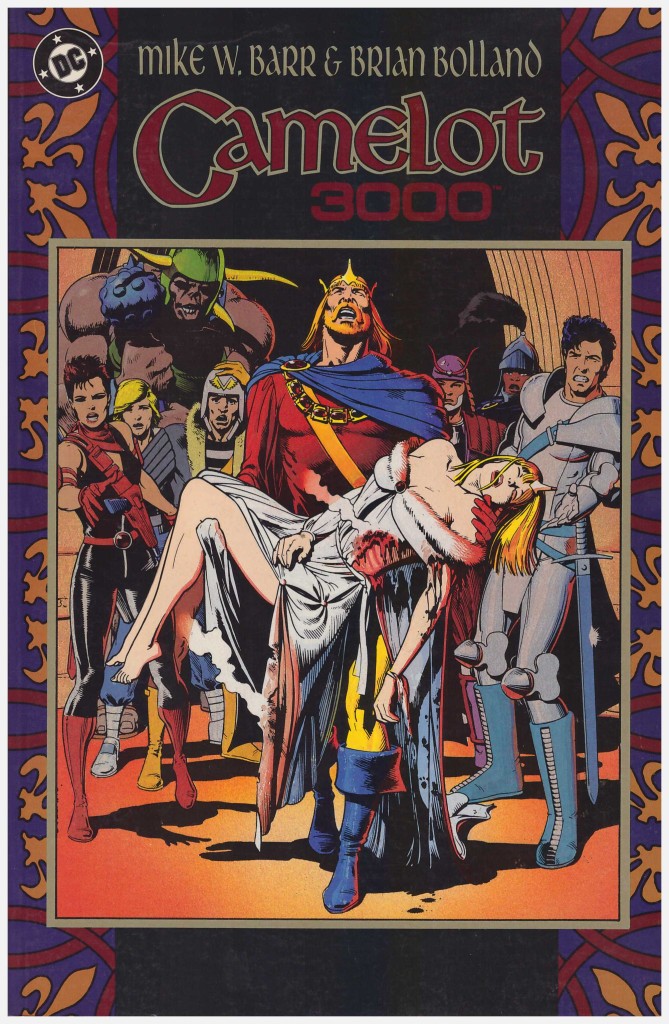 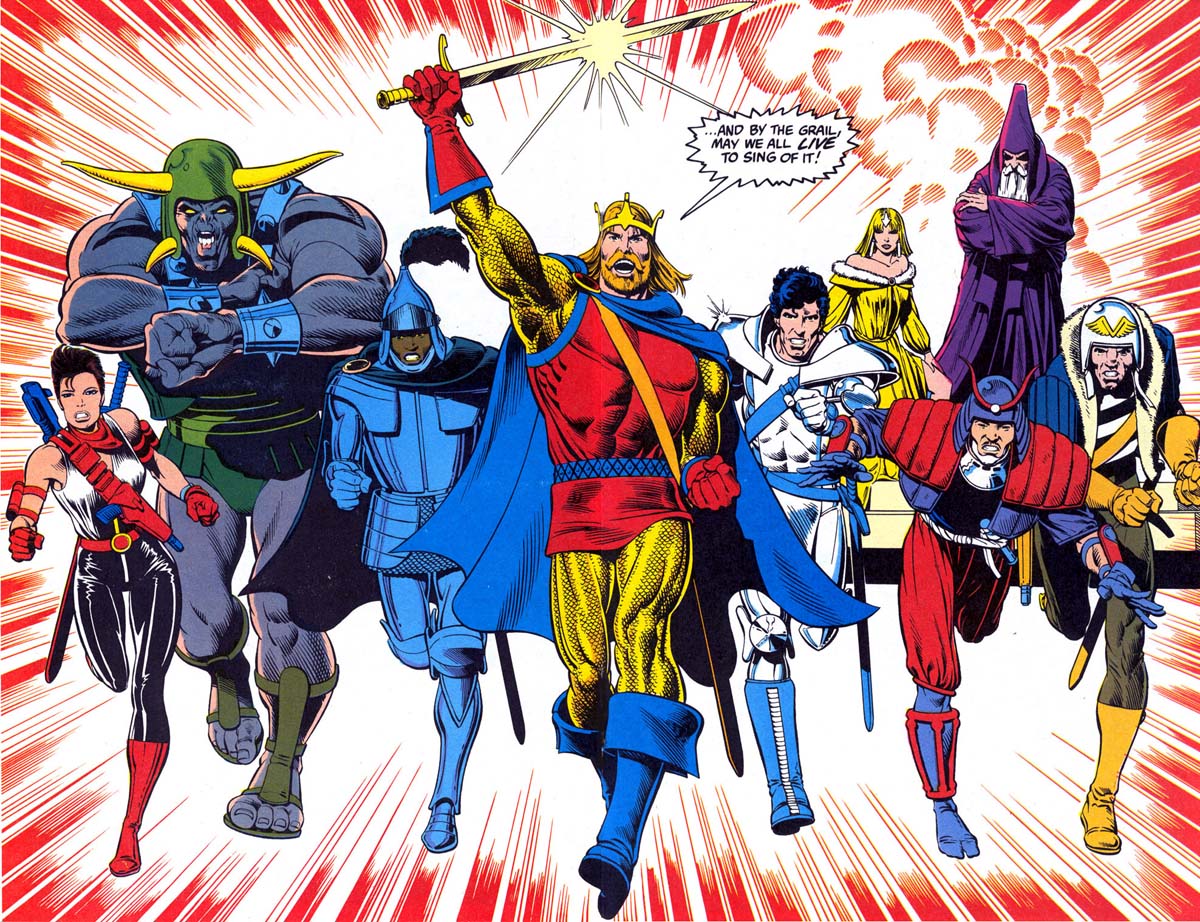 Yes kids, long ago in the dim and distant past, back in the times when mullets were king and Roseanne was queen, there was a period when Brian Bolland actually drew comics, not just the covers for them. And Mike W. Barr must surely be grateful, as despite a comic writing career reaching back to the 1970s there can’t have been many books from which royalties have accumulated to the same degree.

When the first issue of Camelot 3000 saw print in 1982 it was a dip their toes in the water experiment from DC. It was a comic with new characters, an acclaimed artist and a more mature outlook on quality paper at a premium price. Unfortunately, elements of what passed for mature in the mid 1980s now have a slightly seedy and exploitative quality to them. The foundation, though, is solid.

Barr’s idea spins from King Arthur being referred to as “England’s once and future King”, and the suggestion that he’ll return during the country’s greatest need. That didn’t occur during World War II, but the threat of aliens invading Earth with technology and forces beyond an ability to combat does the trick. As Thomas Prentice is chased beneath Glastonbury Tor he comes across an old tomb. On forcing it open King Arthur emerges in full regal regalia, now fully recovered from the injuries received at the conclusion of Thomas Malory’s legends. Once Merlin is also resurrected at Stonehenge several citizens of this new world discover themselves drawn to this new Arthur. It’s also only natural, of course, that if Arthur and his allies have re-emerged then his old enemies might also be renewed.

It’s a rollocking good adventure that Barr constructs, twisting here, turning there and slipping with the exploitative new nature of Tristan and Isolde’s relationship. Arthur and cohorts are soon efficient with laser pistols and spaceships, while retaining a fondness for chain mail and swords, and the old themes of lust and betrayal arise again. For all that, though, it’s Bolland’s precise linework that elevates Camelot 3000. It still looks spectacular, from the spacecraft whose design he based on segments of a sheep’s spinal cord to the pomp and formidable threat of the Knights of the Round Table in full glory as they’re recast as superheroes. The inking of Terry Austin over the second half of the story is marginally smoother than that of Bruce Patterson, but that’s splitting hairs.

The 2008 Deluxe edition is a dust-jacketed hardcover printed at a slightly larger than normal size to better showcase the artwork. It wasn’t bad value at list price, but as it’s been a few years since publication, it’s currently a snip at reduced prices. You’ll additionally be treated to plenty of Bolland’s sketches and promotional material along with Barr’s preparatory notes.