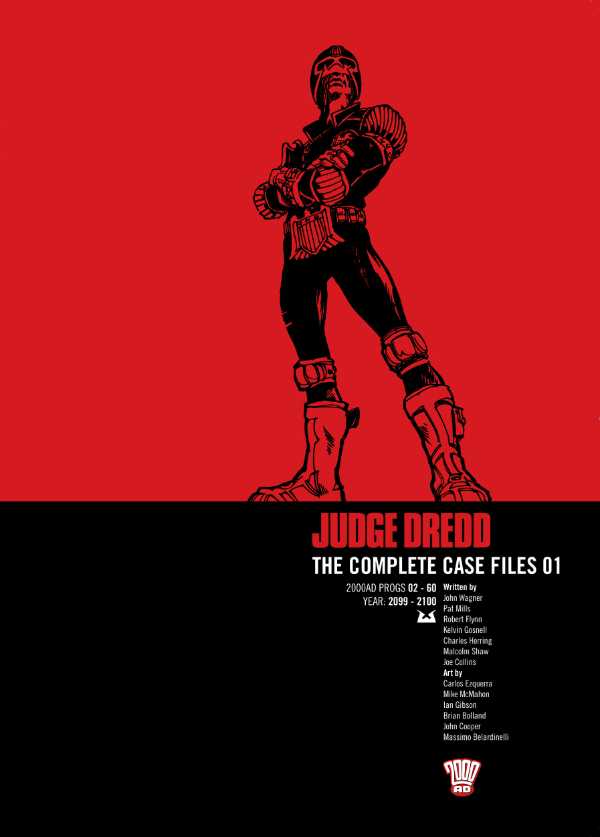 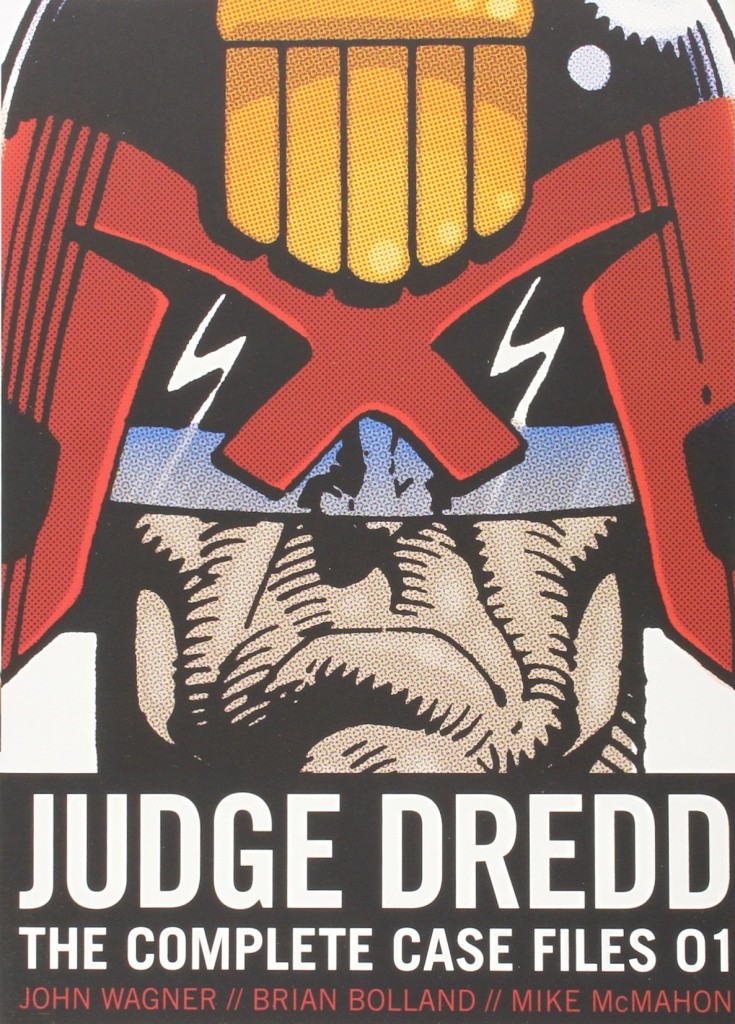 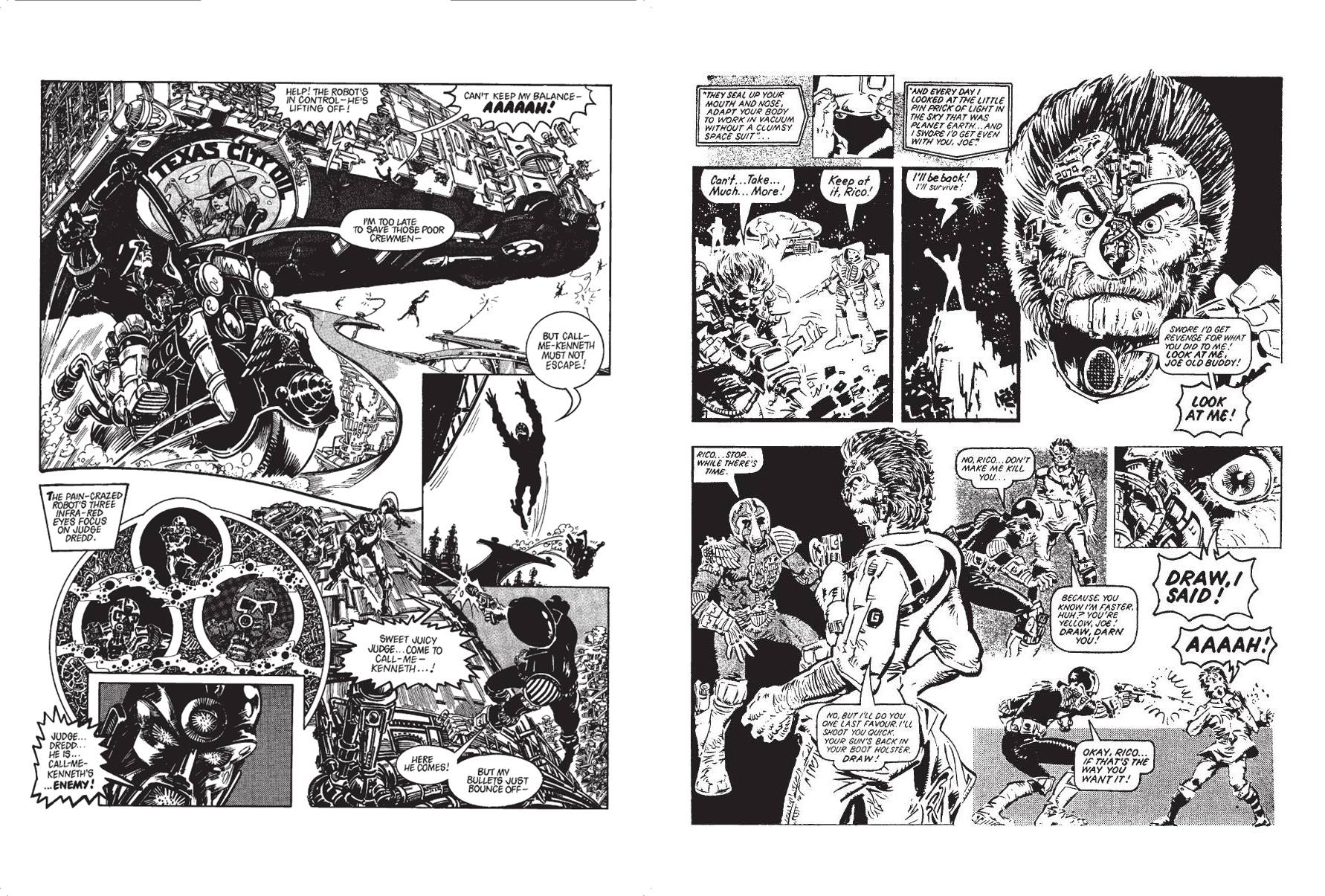 Judge Dredd is now comfortably among Britain’s greatest ever comics creations, so how do his earliest appearances hold up? This collection gathers 59 strips, covering his first 18 months in print, and while initially crude, some qualities delivering Dredd’s enduring success date from the early days.

Conceived by John Wagner, and designed by artist Carlos Ezquerra, neither worked on the first episode of Dredd to see print. It’s credited to Pete Harris, but subsequent interviews reveal significant contributions from editors Kelvin Gosnell and Pat Mills, who christened Dredd after a portly purveyor of risque reggae briefly popular in early 1970s Britain. Artist Mike McMahon was still developing his style, emulating Ezquerra’s work on what was intended as the first Dredd appearance. That’s presented as this collection’s final strip. Showing an altogether more violent Dredd with no qualms about summary street executions, it was submitted as another IPC publication was vilified over violent content. A toned-down Dredd saw print, and while resented by Wagner at the time, it was instrumental in transforming Dredd from a heavy-handed satire of American law enforcement into something with greater potential.

That wasn’t realised, though, until Wagner’s return to the strip, as Dredd thrashes around in unimaginative cramped stories, the tradition for British anthology comics being to pack in panels for maximum impact in limited pages. These strips do introduce some Dredd staples: the Mega-City, the Statue of Judgement, and Dredd’s face never being seen, an editorial accident after artist Massimo Belardinelli revealed his face, but delivering what the editors considered an inappropriate likeness. Their solution with a deadline imminent was to slap a ‘censored’ banner across the panel, so creating a legend.

Seven Dredd episodes appeared before a Wagner strip was published, delivering a leap in quality as Dredd’s character matures, albeit slightly, and his first continued story begins. By later standards, ‘The Rise of the Robots’ is nothing special, but Dredd would never again be an also-ran. It highlights a problem that became a strength, as five artists draw the nine segments. Mills’ editorial vision diverged from the uniformity of British comics, and this required new artists, but demanding five pages a week was unfeasible. Dredd and his world adapted to wildly differing artistic styles, from the reined-in precision of Brian Bolland to the elasticity of Ian Gibson to the constantly evolving Mike McMahon. It’s McMahon who drew Pat Mills’ dark script for ‘The Return of Rico’, featuring Dredd’s cloned brother and the basis for portions of the patchy 1990s Dredd movie.

Gibson draws the most strips here, under his own name and as Emberton, aliases being commonplace. Wagner scripts are credited to John Howard and T.B. Grover after a publisher’s instruction that too many Wagner strips were appearing in 2000AD. He believed this ensured no writer would become too popular and in a position to demand more money!

As Dredd continues his stories become more imaginative, and Wagner’s style was always playing comic moments off Dredd’s impassive and unwavering character. Bolland illustrates a bank raid by Charlie Chaplin accompanied by Laurel and Hardy, McMahon Mafia apes, and the many ridiculous activities of Mega-City citizens always raise a smile.

The bulk format on cheap paper leads to some reproduction problems, particularly with strips originally featuring colour. If you only want one representative sample of Dredd, this isn’t the volume, as most of the really memorable Dredd was still to come. Starting in Case Files 2, in fact. For a more detailed look at strips by Bolland, Ezquerra, Gibson and McMahon, follow the links.