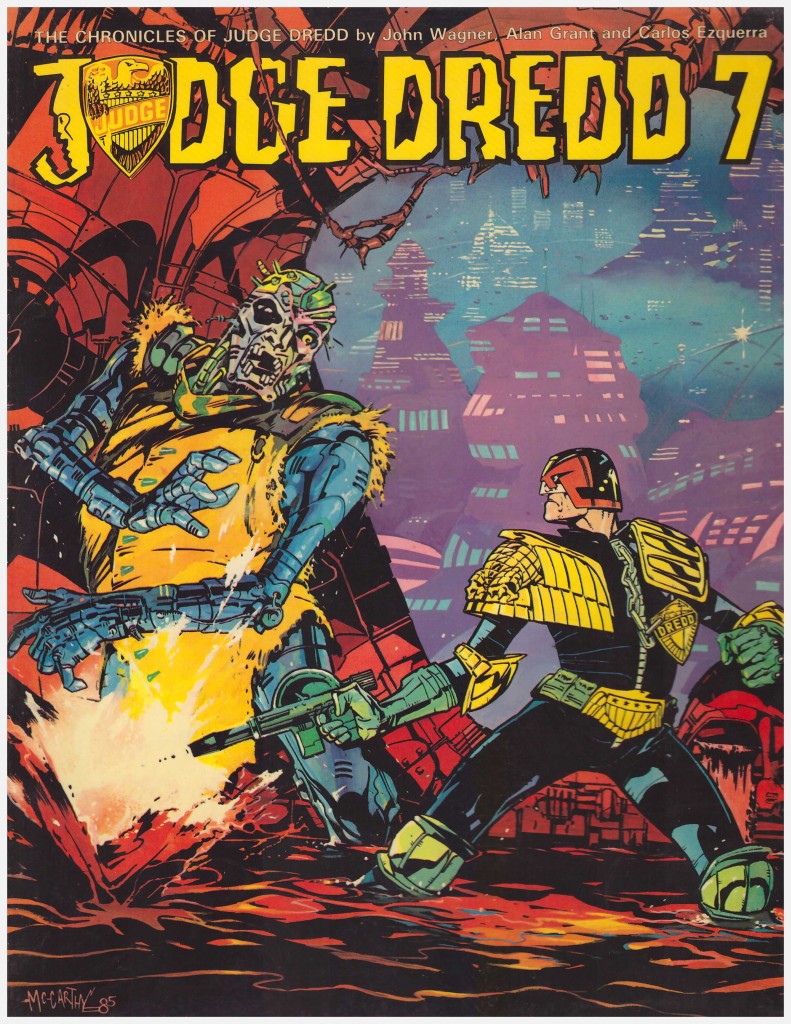 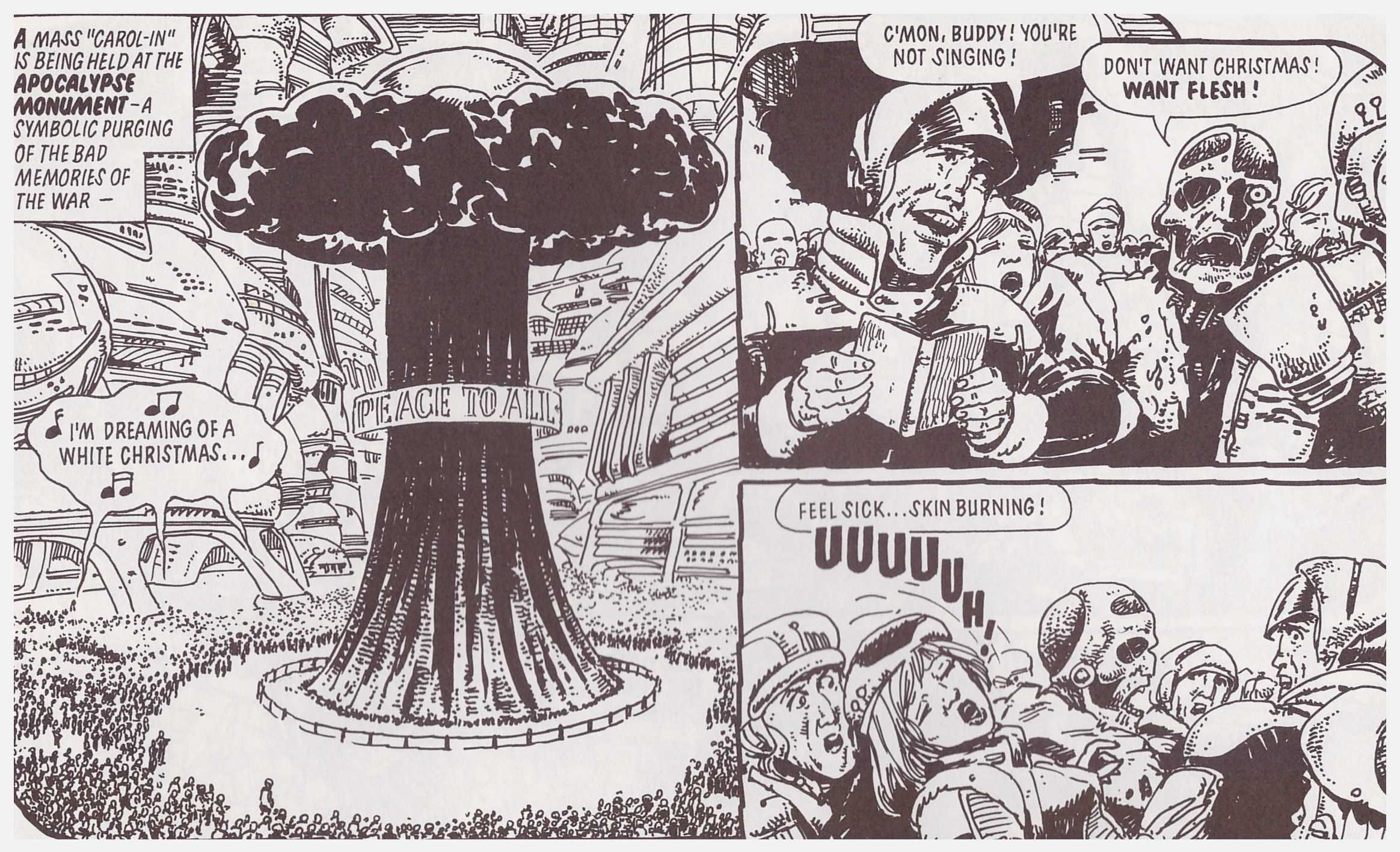 The second collection of Carlos Ezquerra’s Judge Dredd strips covers the gamut of Dredd with one action-adventure tale, one comedy and the lesser seen horror story. Other artists may have had problems with such diversity, but Ezquerra’s lumpy style is all-purpose. All writing is by the team of John Wagner and Alan Grant, then still credited as T.B. Grover.

‘Night of the Rad Beast’ details the unfortunate fate of Bizmo Klux, who’d been fitting himself with replacement body parts to prolong his life for seventy years. That life ends when he’s mugged and dropped into one of the radioactive sludge pits common in the city since the Apocalypse War. There’s enough of him that’s artificial and able to survive the pits and sustain a form of life, but in a rudimentary form that terrorises the citizens celebrating Christmas.

The impossibly overweight provide a consistent well of hilarity in Dredd’s world, with Wagner and Grant coming up with gag after gag. ‘Requiem for a Heavyweight’ starts with a guy overdosing after eating his bed, and continues with equally absurd situations leading up to features a food eating contest, illegal in Mega-City One, and the efforts of coach Charlie Bruno to prepare his guy Arnold Stodgeman for the big day. One inspirational throwaway is Stodgeman having to eat his way into his new quarters, but there are many more including two judges losing their lives to the charge of the heavy brigade. The belliwheels used to support vast amounts of stomach flab were created for a previous story, but the giant food funnels used for competition eating are new.

The concept of life in orbiting condominiums had previously been seen, and in ‘Condo’ too many accidents on the Gemini series raise suspicion. Dredd is sent to investigate. Of the three stories, this is the most ordinary, although nowhere near bad. 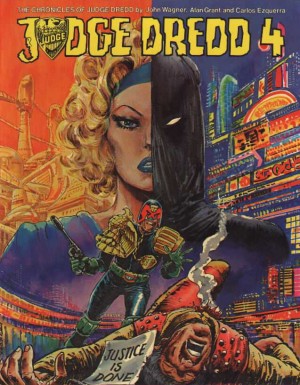