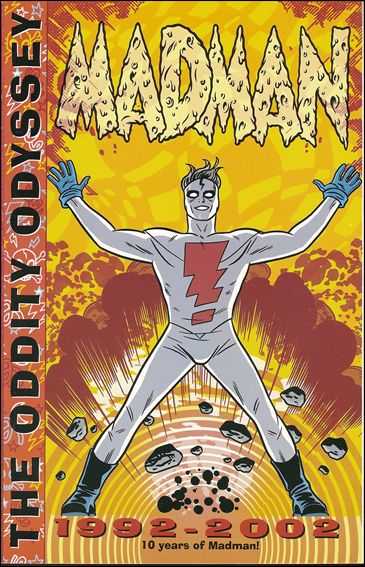 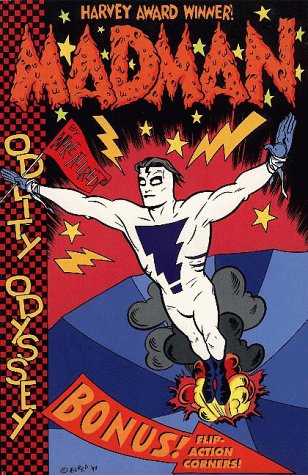 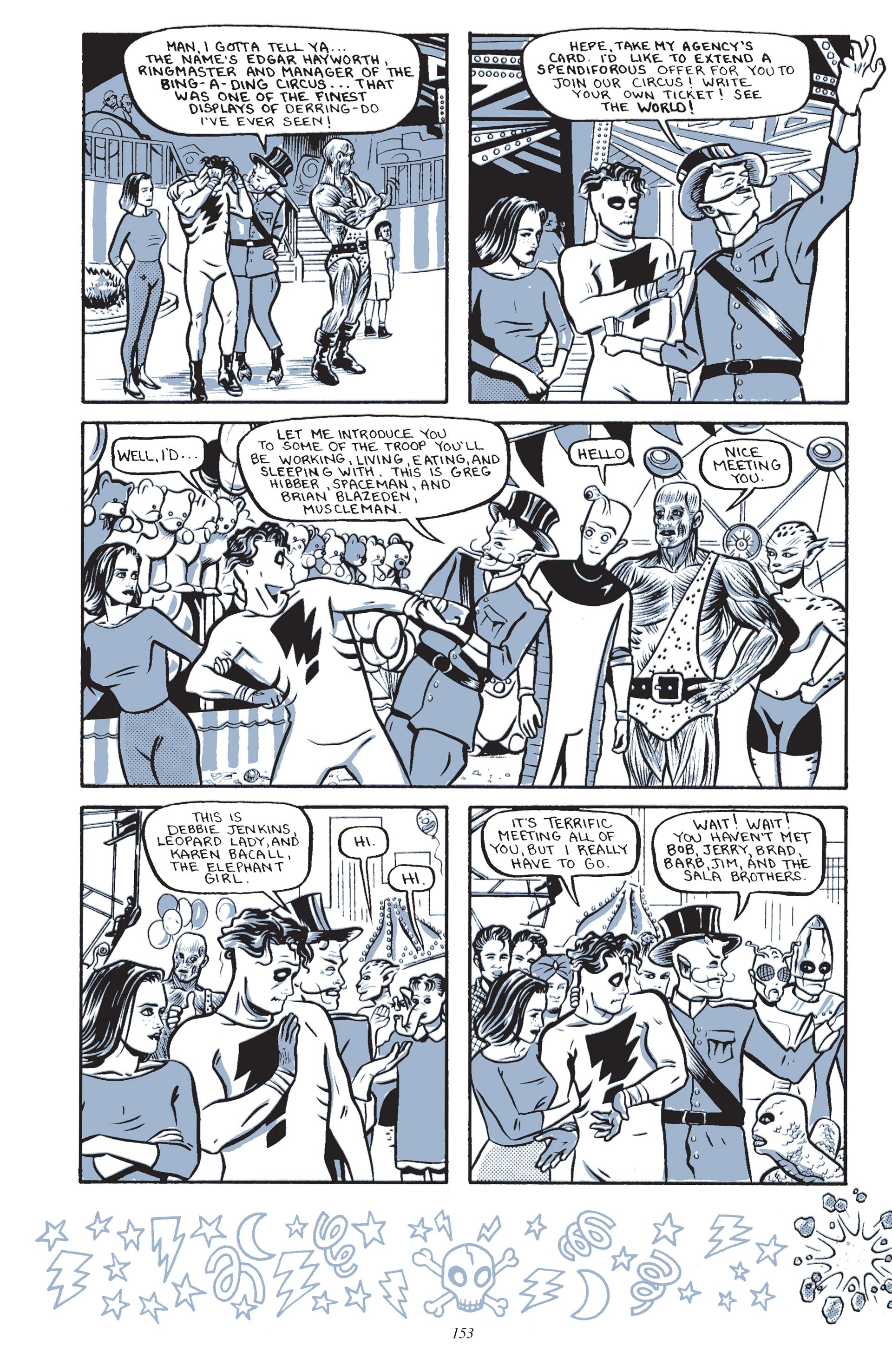 When Michael Allred débuted Madman in 1992 it was as a character deliberately out of step with the times. Contemporary superhero comics were largely grim and despondent, yet Madman was positive, lighthearted, frothy and inventive. Allred drew on the more innocent pop culture of the 1950s and 1960s, and while this opening shot hadn’t quite refined the formula – an early page has Madman removing a crook’s eyeball and putting it in his mouth – right from the start there’s an appealing quirkiness about the feature.

Allred’s art style was also out of tune with the times. Again, it’s not quite the full article here, but he’s already moving from the attempts at realism of his earlier work (Dead Air) toward the cartooning that would prove so influential. The defining touch would be the addition of colour in the following Madman Adventures, after which there was no looking back.

The Oddity Odyssey draws on the 1950s, but on its darker side. We have gangsters, monsters, and scientists with few qualms about safeguards for their testing. The costumed lead isn’t named for a long time, never mind as ‘Madman’, and has a quest to find an unorthodox scientist named Dr. Flem to revive another scientist on the verge of death, Dr. Boiffard. Each step along the way involves a new task, but they’re all astounding enough to entertain and push back any thoughts of the plot being artificially prolonged via a novice writer not yet too familiar with story structure.

Individuality in the best sense of the word shines through so often. This isn’t a story that could have been created by anyone other than Allred. How many other creators would have their superhero ride a bicycle though the countryside? Or distract a menace with a cardboard cutout of Marilyn Monroe? This trickles down to the triviality of a lab assistant in bunny slippers.

By the end of the book Allred has delivered a fun statement of intent that still holds up, introduced one of the most charming and uncomplicated romances in comics, and modified the costume to the more familiar version where the fine head of hair emerges from the top. This is fudged in story terms, occurring in vague fashion from one panel to the next, but Allred’s right about the better design, so it’s not worth picking too far.

This content has now been combined with Madman Adventures, and reissued in 2007 as Madman Volume 1 by Image Comics. It’s not to be confused with Complete Madman Comics Vol. 1, which is where Madman continuity heads after Madman Adventures. It’s also available in the massive, oversized, but expensive Madman Gargantua! 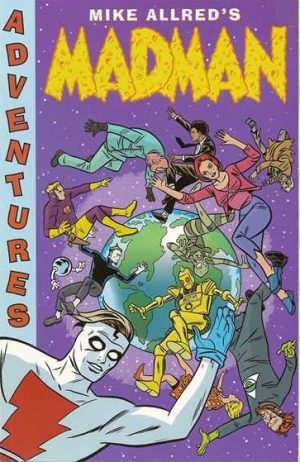