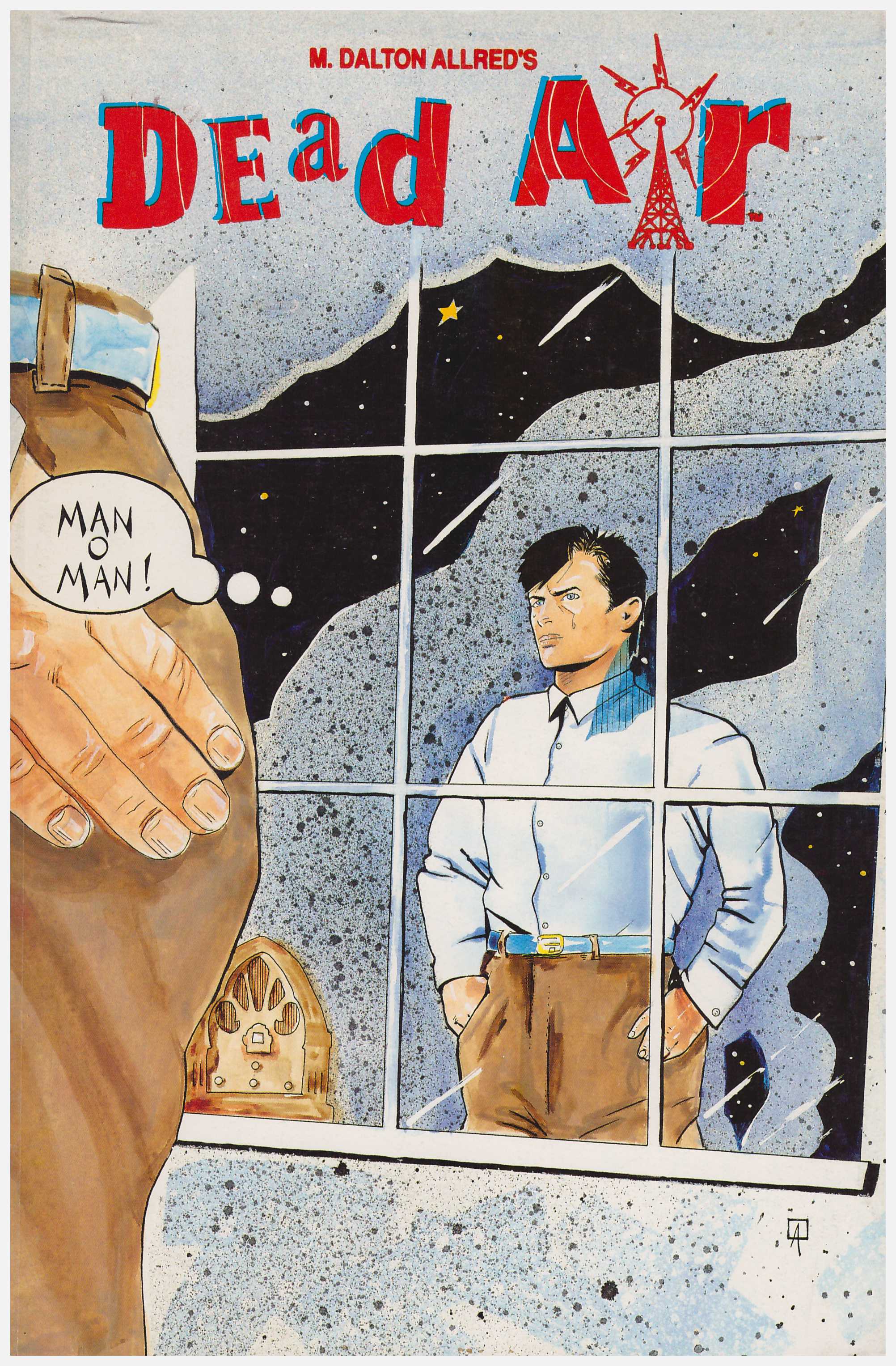 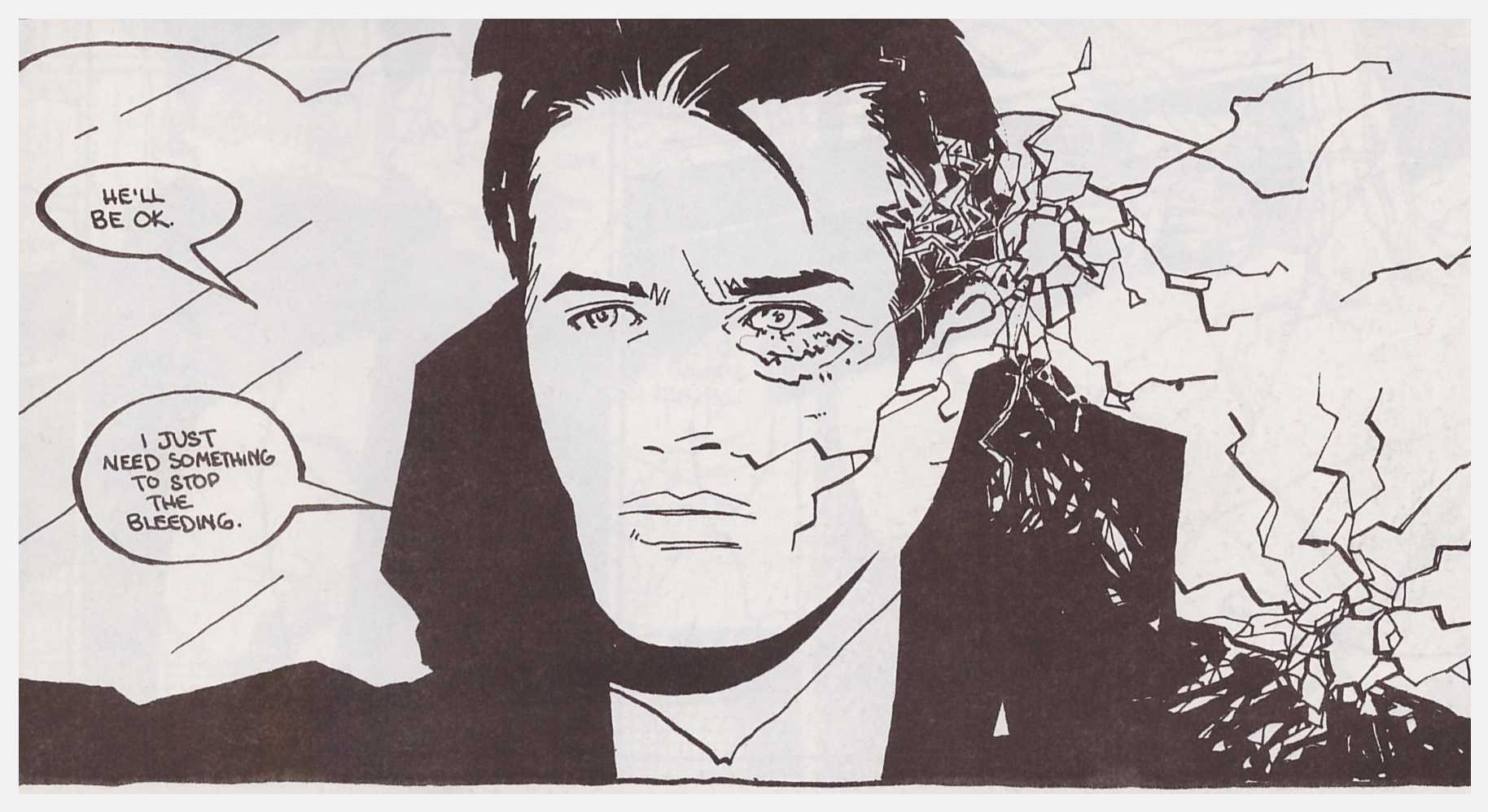 He’s credited as M. Dalton Allred, but Dead Air is the graphic novel debut of Michael Allred. Extremely impressive at the time, Allred’s later spectacular progress has somewhat eroded the gloss, and with much of that later work vividly coloured by Laura Allred, it’s odd seeing his art in spartan black and white.

Watching TV one evening in his Roseburg home Calvin Lennox is awaiting the return of his family from nearby Eugene. They never arrive, the TV signal dies, martial law is declared and no-one is permitted to leave the town once considered America’s safest in the event of nuclear attack. This is due to its sheltered valley location and prevailing climate conditions, and nuclear attack is what the inhabitants first presume to have occurred.

When official requests to leave and search for his family are rejected in a brutally violent manner, Lennox fashions his own escape accompanied by three friends. The disorienting and desolate isolation of what they discover brings The Road to mind, and Allred’s website reveals Dead Air was originally conceived as a screenplay.

Allred is reliant throughout on pop culture material as background. Lennox being a radio DJ explains the music, but we also have film posters and Andy Warhol as a thug. The lyrics and song titles never intrude to the point of distraction until an ill-advised spread near the end, but it does give the impression of a young Allred wondering if this is his only shot and emptying all the music he loves into it.

The four chapter sequence indicates this may have originally been planned for release as a four issue miniseries, which would explain the odd pacing. This is a spartan and on occasion ponderous story, but with an explanation few would have dared attempt, and Allred should receive some credit for this. His art, although impressive, is far from what it would become. He utilises a thinner line, probably a fair amount of photo reference, and hasn’t yet mastered the energetic movement that now characterises his work.

Difficult to locate, expensive when found and unlikely ever to be reprinted, Dead Air maintains an allure. Yet time has rendered what was a heartfelt musing on loss into the curiosity that the earliest work by acclaimed artists becomes.