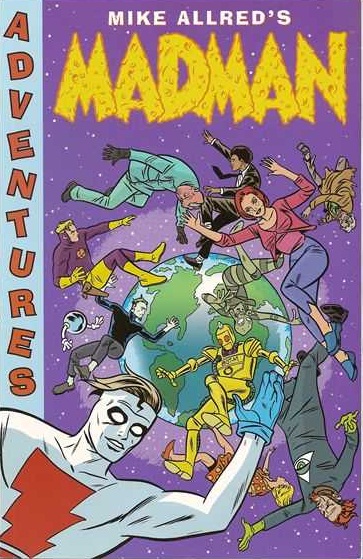 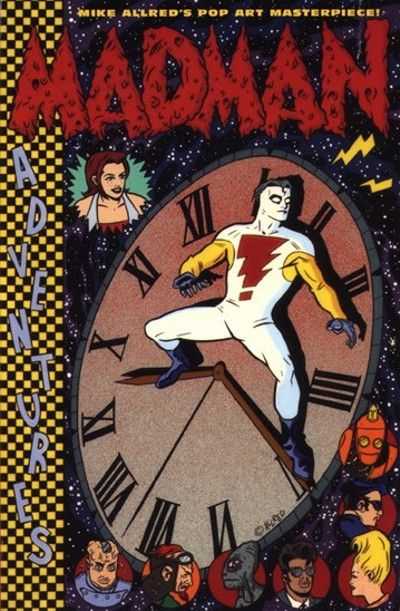 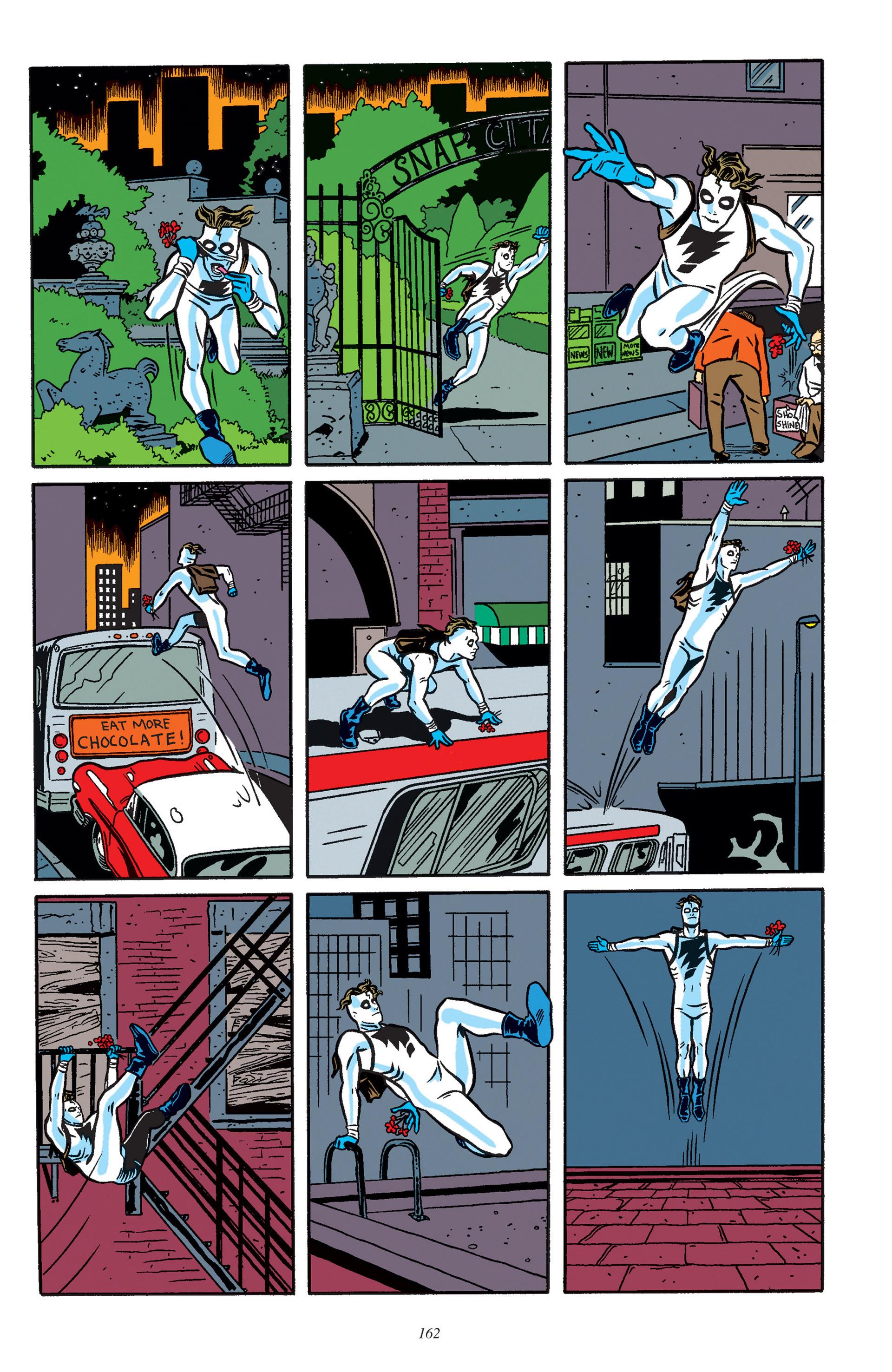 The first full Madman adventure was in black, grey and white, pictured the lead character in a full head mask, and was a smidge darker than the familiar feature. Consider The Oddity Odyssey a prototype that’s 90% there. This is the full monty. The vibrant colouring of Laura Allred has been added, and the opening pages show Madman dreaming of zipping through the sky, in fact dozing out on a park bench where he’s awoken by policeman on the beat. Grabbing some flowers, he jumps over the wall where he prevents some beatniks mugging an impeccably dressed young woman. He takes a stick of gum as thanks, athletically jumps across traffic on his way home, and just misses the house window he’s aiming for, pulling down the trellis as he falls. His girlfriend Josephine helps him up, and has designed a new red costume for him. It wouldn’t last beyond this graphic novel, but the remainder is an emphatic statement of intent as to what Madman is about. It’s bright, cheerful and engaging, a dose of pure zest.

Allred follows that up with mad scientists, an invisible woman, time travel, robots, and dinosaurs. Those first two episodes are fast paced, fun, fun, fun and more fun. Then we have a road trip, but the dream sequences and psychedelic experiences of this final chapter are a more acquired taste. They’re still beautifully drawn, every panel a mind-expanding pop-art masterpiece, but for anyone wanting a little more story with their trippy hallucinations and chase scenes it might leave a little to be desired. In time Allred would learn to parcel out the real weirdness in smaller doses, and the strip would be better for it.

Madman continuity can be tricky to follow and content has been issued in assorted editions. This has now been combined with The Oddity Odyssey and reissued in 2007 as Madman Volume 1 by Image Comics. Be careful, however, as other publishers have also issued graphic novels under similar titles, featuring different material. From here Madman can be followed chronologically into Image’s Madman Volume 2 or Dark Horse’s The Complete Madman Comics Vol. 1: Crash Course for the Ravers. Just to confuse matters further that was originally issued as Madman Yearbook ‘95. Alternatively, every page from the books mentioned in this paragraph is included along with much more in the oversize hardcover Madman Gargantua!.