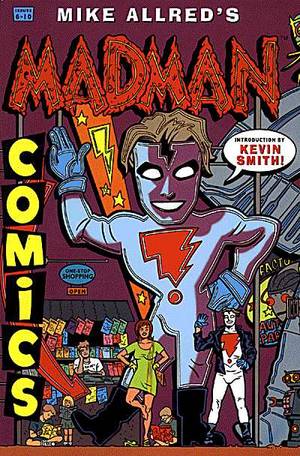 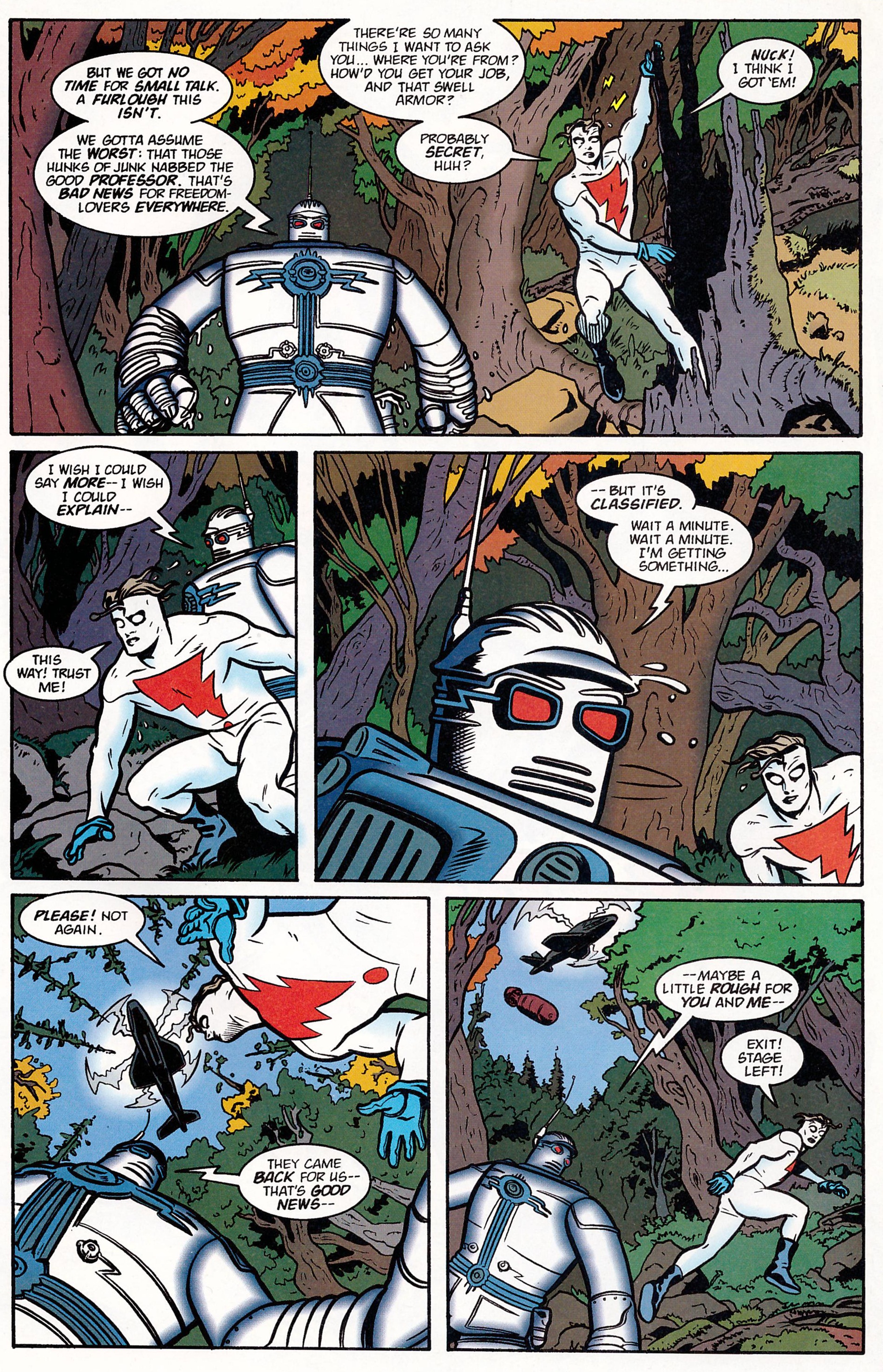 There’s a diversion for a shambling pile of puke, but the over-riding theme of this collection is robots, or creations that are as near as damn it.

He proved to be a passing notion on Frank Miller’s part, but in 1995 the Big Guy was big news before shooting off into an animated series. One of his few comics appearances for the soldier in a massive battlesuit opens this collection, with Miller providing the dialogue. Over two chapters he appears alongside Madman to prevent the abduction of Dr. Boiffard by anti-American forces. Boiffard’s increasingly mutated condition, now greater percentage squidgy brain than human, is a hangover from the earliest Madman appearances, when the feature was influenced by gruesome 1950s horror films.

As can be seen by the sample art, Allred’s now refined the busy cartoon style that set him well apart from other artists of the era. Looking back from a time when cartooning is common on all kinds of superhero comics, it’s difficult to imagine that Allred’s eye-catching style was considered by some fans somehow inferior to artists who disguised their lack of talent behind smudgy painting or hundreds of useless lines. Thankfully sanity prevailed and quality emerged victorious.

The other three stories collected here are equally engaging, even if the idea of Madman pitching up against that shambling pile of puke might not seem a story to be read before tea. That’s followed by Madman shrinking to around three inches tall, and the introduction of a whole platoon of ever more eccentric robots. The first of them is Myron, resembling the clunky 1960s battery operated walking robot toy, but given the personality of a Bronx wrestler. In addition to the self-contained stories, Allred drops in some inexplicable brief pointers toward future material as Madman receives a helping hand from one of the Nephites, characters who hint at Madman having a destiny.

It seems an inconvenient place has been selected to end the collection, but any of the next several issues reprinted in The Complete Madman Comics Vol. 3: The Exit of Doctor Boiffard! would be equally inconvenient. This selection has been combined with the first volume as Madman Volume 2 from Image Comics, and is also available within the massive Madman Gargantua!.