Luke Cage: Sins of the Father 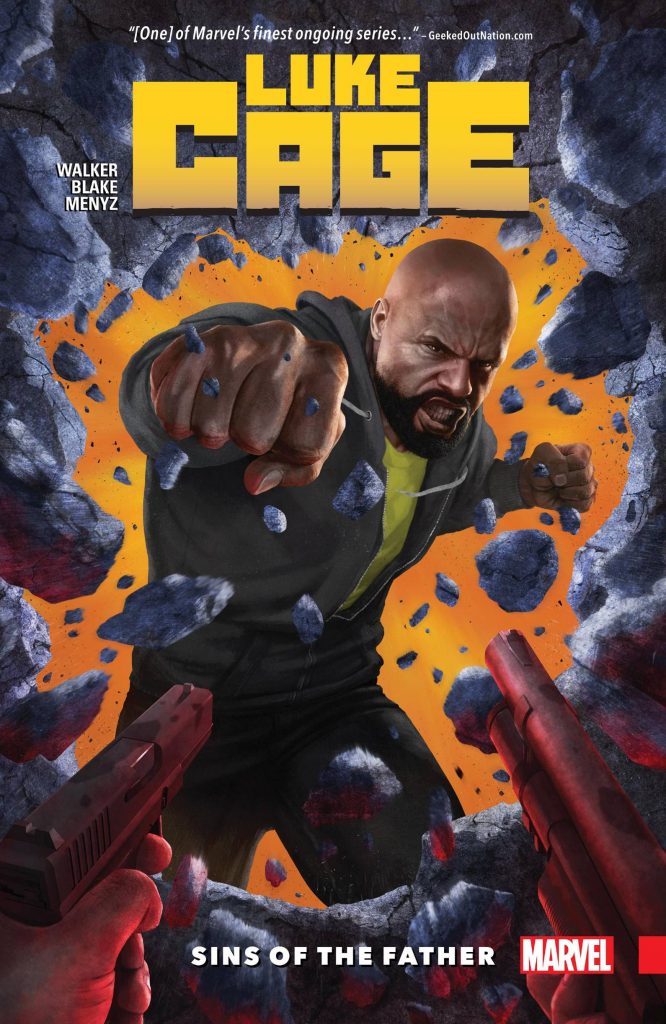 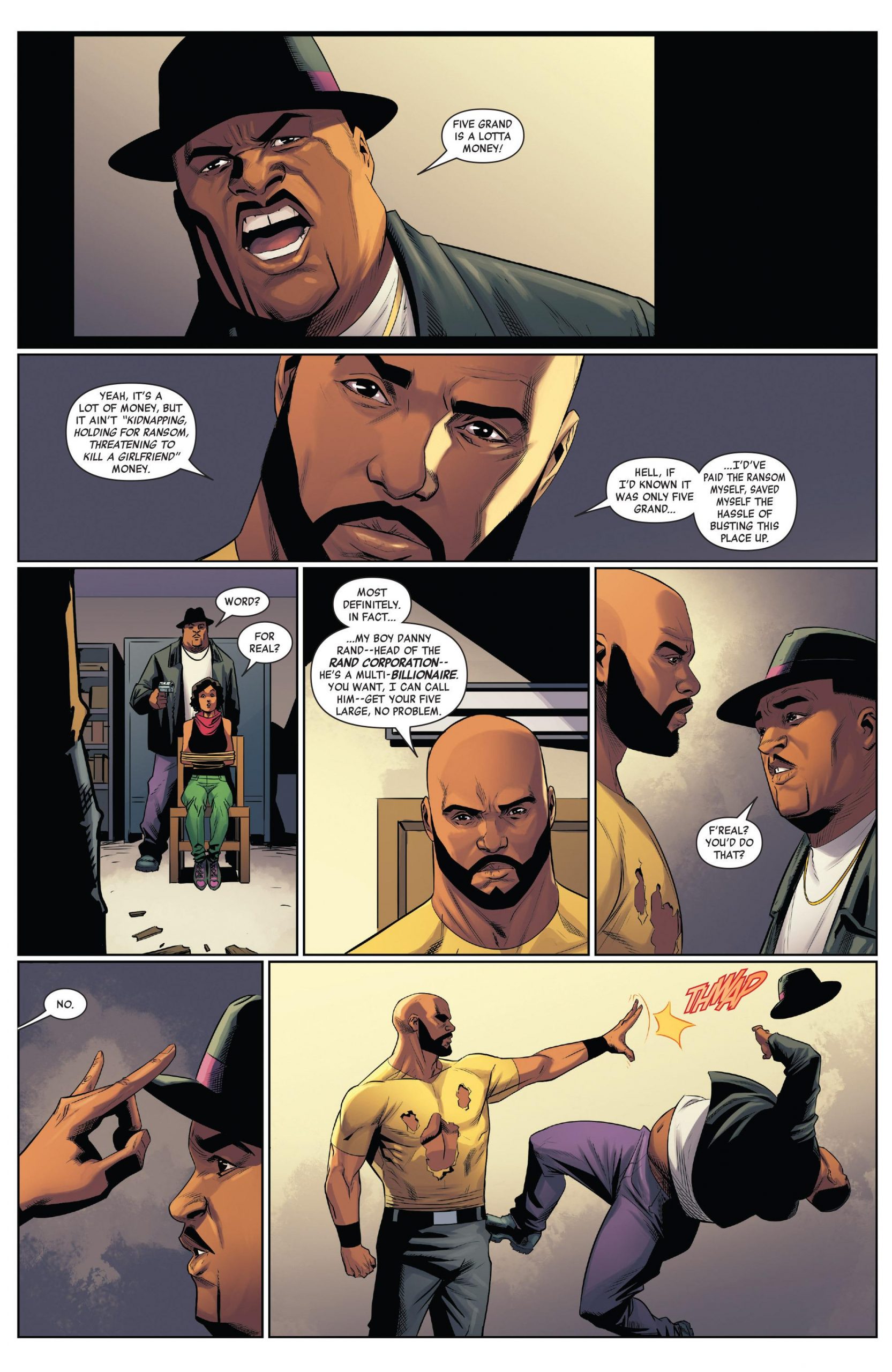 Every new series ought to start with a good establishing scene, something that reveals who the audience identification figure is, what they can do, and why we should identify with them or their mission. When you’re dealing with a likeable guy with steel hard skin and considerable strength, using his powers to help the community the job’s half done anyway, but it’s surprising how frequently introductory scenes don’t sell the character effectively. No such worries here. David F. Walker has Luke Cage rescuing a kidnapped girl, giving us his thoughts as he works his way to her: “When a slug from a nine millimeter rips through your shirt but bounces off your skin… well… that scares the hell outta the bad guys. I buy my shirts in bulk. At cost it’s worth the investment”. The sample art seals the deal with a witty ending to the opening scene.

However, Nelson Blake II’s art has drawbacks. Despite a superficially attractive style, the people are often very stiff, Luke at times resembling an action figure, and Blake’s not one for drawing any more than necessary. The only people ever seen in a panel are those required for the plot, while the same applies to cars driving down any street, and when Cage visits a grand home in the opening chapter it’s furnished as if a show home, with none of the flourishes indicating wealth.

Walker’s key plot goes right back to Luke’s earliest days, when his steel hard skin resulted from an experimental process taking place in prison. He was wrongly imprisoned, by the way. That Dr Noah Burstein experimented on inmates indicates a wonky moral compass despite his being portrayed as a kindly old gent over the years, and apparently he never stopped attempting to duplicate the conditions that created Luke. His research had benefits for some, but also created significant problems, and when Burstein dies these come home to roost. This ethical ambivalence has been part of Luke’s history since his introduction, but no-one’s picked up on it before Walker, and Sins of the Father is effectively built around that, and what Luke might have become.

Blake’s art constantly makes it seem as if Luke and whoever he’s with exist in a bubble where no-one else lives, but in locations where that’s actually the case his art supplies what’s needed. Walker explores the issues well, although for better or worse he also introduces a sword that can make Luke bleed, tampering with the USP of nothing being able to penetrate his skin. The blade is sparingly used here, but lesser writers are bound to pick up on it. For the most part Sins of the Father is an enjoyable noir read for which Blake could have made more effort, but sadly Walker’s stay is brief and concludes with Caged. 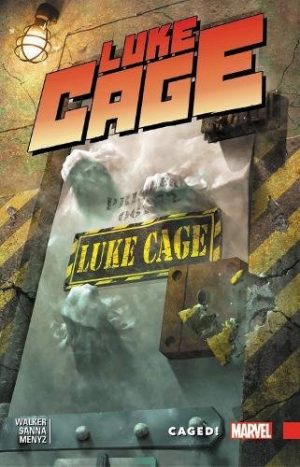 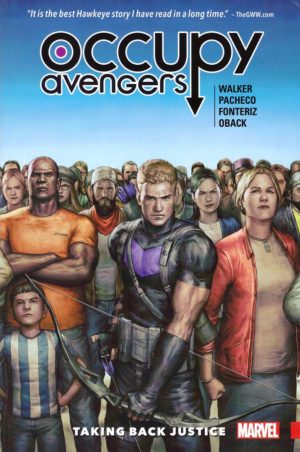