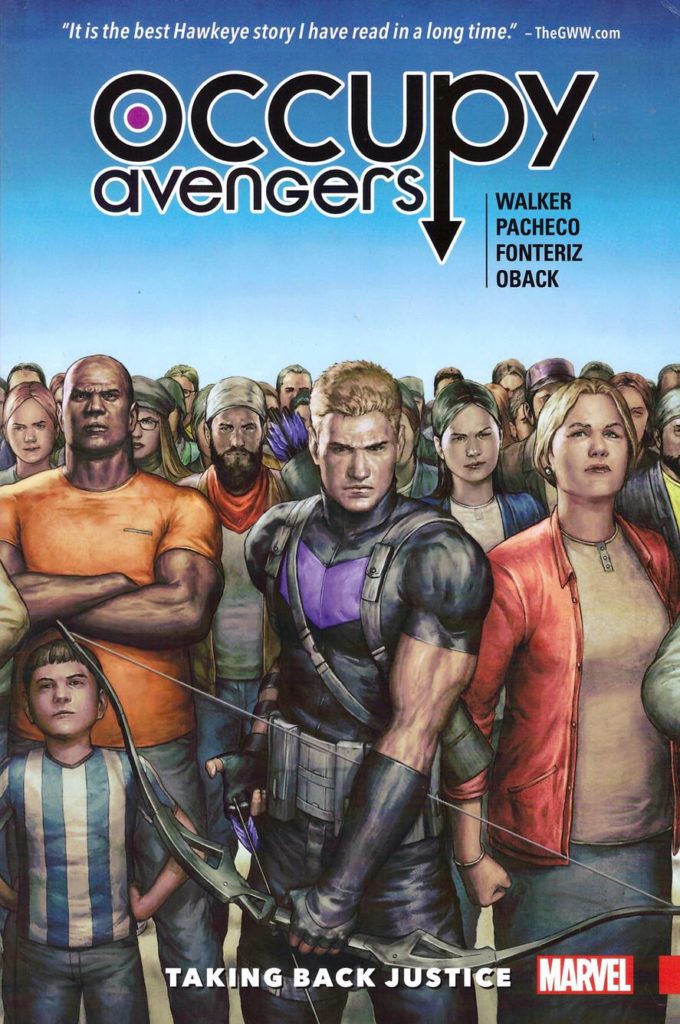 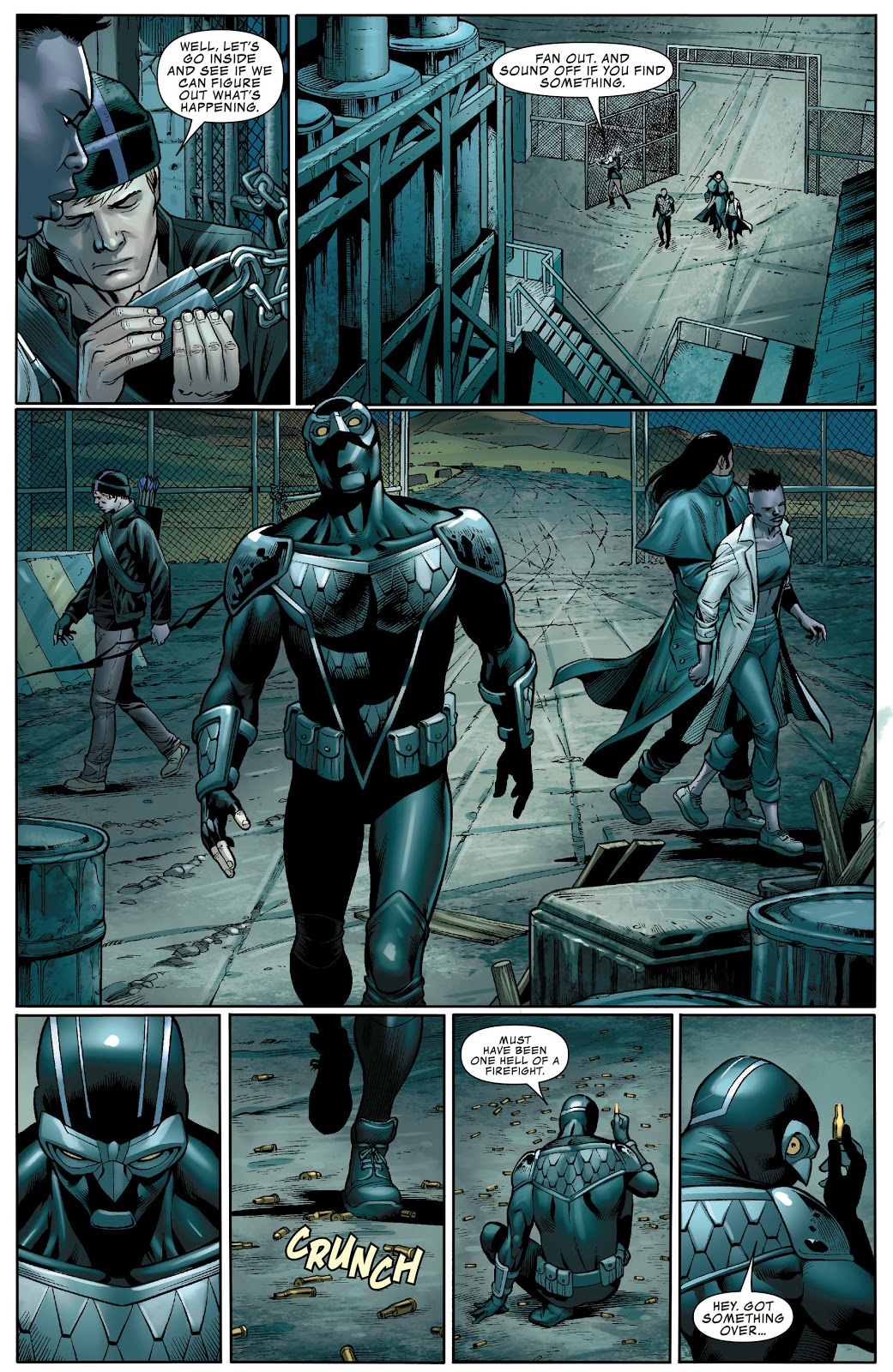 There’s more than a hint of opportunism about Occupy Avengers, a superhero title from a corporation-owned imprint piggybacking grass roots concerns. It’s equally true that an Avengers graphic novel about those concerns will reach a wide market of people who perhaps hadn’t considered the issues raised. That is if it actually raised real world concerns. The back cover blurb mentions the ordinary people who suffer in areas other than New York, who have no superheroes to stand up for them. Inside, most of what’s connected with that only occurs in brief panel recaps, while the only known Avenger who features is Hawkeye.

He teams with Red Wolf, an enigmatic figure defined by unexplained super strength, a native American heritage and unusually formal dialogue, initially on a reservation where the water has been poisoned. It’s the same character from the 2016 Red Wolf graphic novel, but the interesting idea of someone transported through time is swept under the carpet, replaced by an aloof eccentricity. An intriguing enough opening chapter soon descends into formula with the arrival of a super villain, and the included early 1970s story starring Red Wolf displays very similar concerns. This Hawkeye is more earnest and self-reflective than the version from a few years earlier by Matt Fraction that all subsequent creators should aspire to. Even acknowledging what Hawkeye’s done in the meantime, David F. Walker’s attempts at the chaotic personality are wide of the mark, straining credulity in what’s meant to be a more serious superhero title. Underlining that is the psychotic Nighthawk featuring in the second story, where Hawkeye and Red Wolf need the robotics expertise of his partner Nightshade. Maybe Nighthawk has good reason to dislike Hawkeye, but the battering over the opening pages is distasteful.

With prime art from John Buscema on the older material only slightly let down by period colouring, and Carlos Pacheco on the 2017 stories, there are no concerns about the art, but Marvel’s production department could have done better. All too often the book’s spine needs cracked to read pages that have disappeared into it.

Taking Back Justice is at the very least a wasted opportunity, and at worst cynical and deceitful piggybacking. If you don’t care about the marketing and just want a superhero story, this is solid enough, and the premise continues with In Plain Sight. 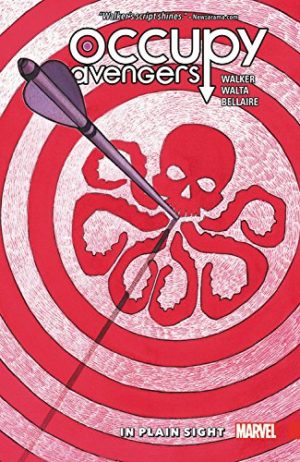