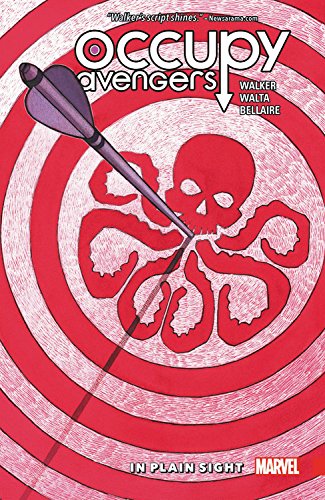 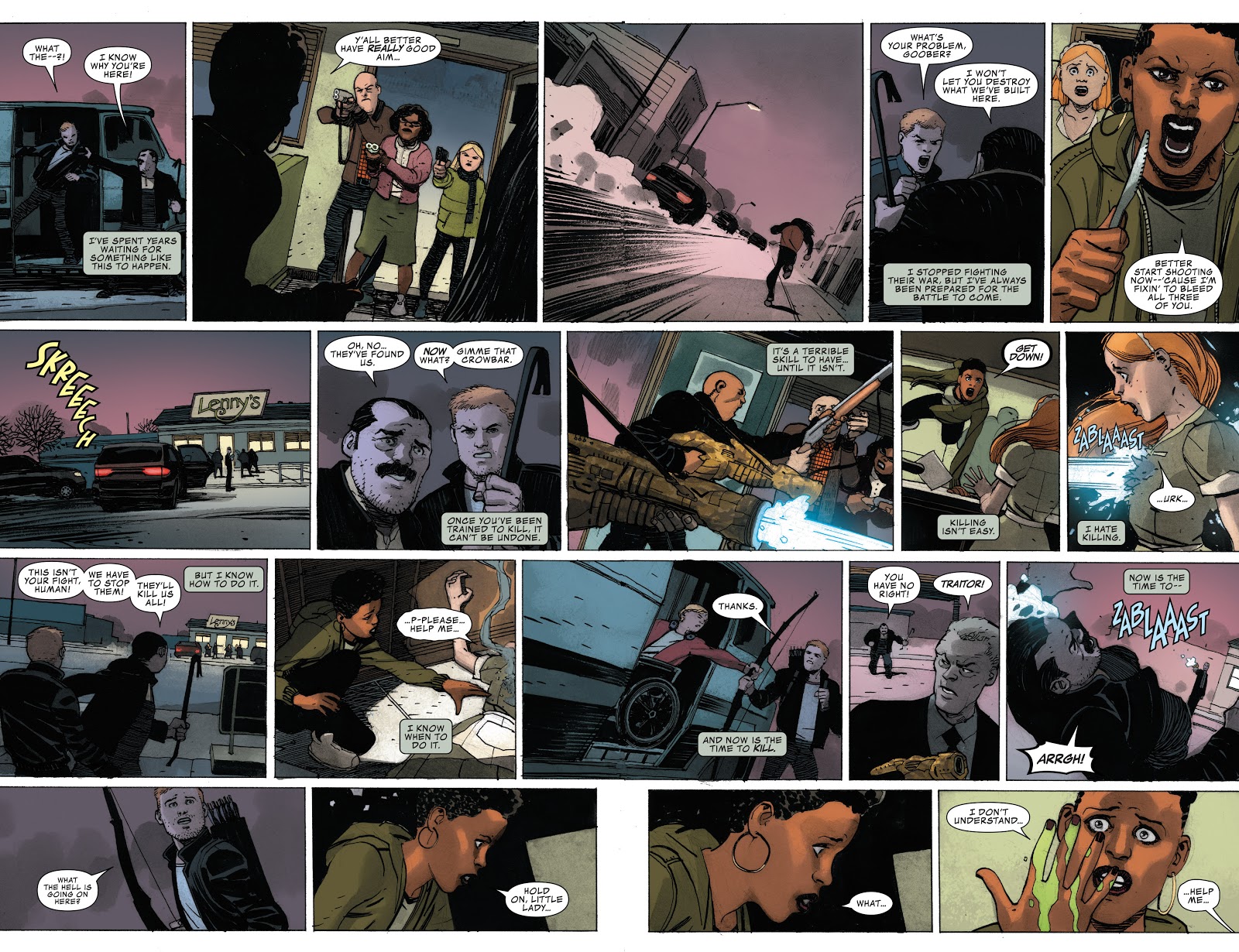 Overlook that, and the three chapter opening story is great. David F. Walker’s narrative captions hit all the right notes as Hawkeye, Red Wolf and Tilda Johnson, no longer Nightshade, break down just outside Dungston in Iowa, the manure capital of the USA. That sounds like the introduction to a series of obvious jokes, but isn’t. It then appears to be a diversion into small town paranoia and suspicion of strangers, which it is briefly, but rapidly moves into completely different territory. That’s best discovered by reading the story, but an indication of the neatness supplied is the cast’s new van, discovered among the forgotten S.H.I.E.L.D. equipment located during Taking Back Justice. From the outside it’s a normal black van. Inside it’s larger, is controlled by a temperamental artificial intelligence, and the way Walker works its capabilities into events is smart, funny and instrumental.

A slightly off-centre look supplied by Gabriel Hernandez Walta’s art is ideally suited to the strangeness of a place where little is what it seems, and he really impresses with the panel heavy spreads. He uses one per episode, breaking down events into a series of small detailed moments, and the sample spread also shows how good he is at drawing people who can be distinguished from one another.

The first story eventually works its way into some allegorical comments about asylum-seekers, but that’s kind of tacked on, and by the second story the events of Secret Empire are infesting all Marvel titles. Including it removes any kind of legitimacy from Occupy Avengers, now sidetracked into the guerilla resistance to Hydra controlling the USA. That has some interesting moments, not least what Tilda’s doing, but it’s largely going through the motions. Walker throws in some new characters, ensures we see what’s happened to everyone featured beforehand as the series ends, and reinforces the point of standing up to intimidation being essential. It’s still ordinary, and hardly helped by some very rushed and basic pages drawn by Jorge Coelho. Martín Morazzo’s work looks better earlier on the chapter, but the art appears commissioned in a hurry, and even Walta returning for the final chapter can’t save it. The final few pages read as if Walker’s desperate to move on and can’t wrap things up quick enough, and so he doesn’t really bother.

Ignore that the ‘Occupy’ aspect of the title has been falsely exploited throughout, and the three chapters of the Dungston story are the best of the series, good enough to ensure In Plain Sight still ranks above average despite what follows.