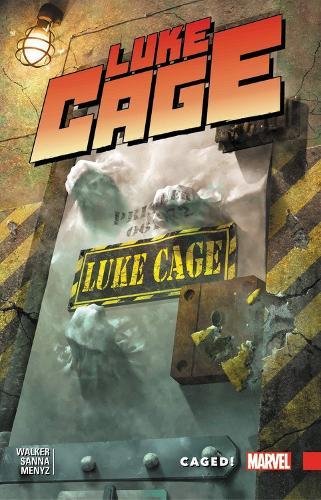 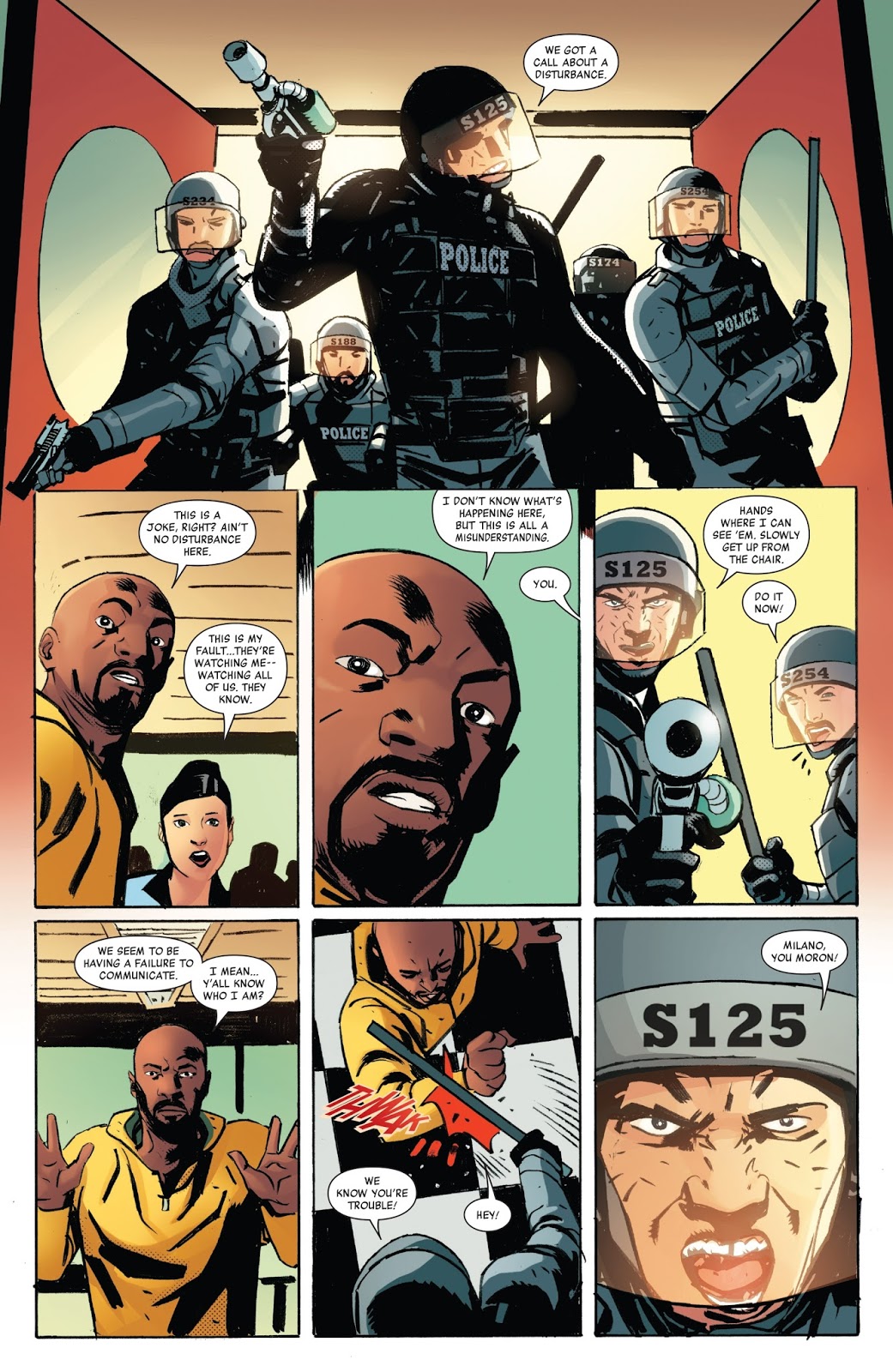 David F. Walker found an interesting hook to plague Luke Cage in Sins of the Father, and he’s managed it again for Caged. Instead of the threat coming from Luke’s early days, this time it originates from the earliest days of the Marvel universe, someone who’s always been visually interesting, but as heroes have become more powerful and complex, this villain’s power set has been left behind. Not any more.

Although the cause is revealed early, it’s best discovered by the reader, but the consequence is Luke once again jailed, another aspect of his earliest days. There’s a credible method of keeping him there, but in essence Walker’s presenting a second consecutive story dealing with events spinning from a form of drug dependency. Looking at it from the addict’s view, Walker sets an interesting problem. What they need is buried deep and a jail has been built on top, and the solution keeps escalating.

Guillermo Sanna is a more satisfactory artist than Nelson Blake II, with sketchier methods, but willing to put the work into making it seem as if other people share the planet with Luke and whoever he’s talking with. He’s great with the fight scenes, here taking a leaf from Blake by including an action sequence per chapter reading across an entire spread, despite the work involved over multiple small panels. Sanna’s Luke is angry when needed, yet also has the necessary softness and adaptability required for the final story.

Until that final chapter Walker has kept Luke away from wife Jessica Jones and daughter Danielle over the entirety of both Luke Cage graphic novels he’s written. It’s a wise move. While progressing Luke’s character into that situation was viable, too much cosy domesticity tends to neuter him, so his family life is best experienced in short doses. One chapter in ten is about right, and here he has to cope with Danielle’s demands for a story. “I’ll tell you about the time I beat up Dr. Doom because he owed me money”, begins a proud Luke. “Not that story”, replies Danielle, “you tell that one all the time”. What follows has the voice of authenticity, as if Walker’s taken a leaf from Axe Cop, and consulted a child about the super powers they’d want. Or maybe there’s a part of his brain retaining a child’s impressive creativity. You’d guess at The Princess Bride also being an influence as Walker subverts the outdated attitudes of fairy tales, making us forget how the story began, then delivers a punch to the gut. It’s sentimental without being cloying, and makes a point. It not only elevates the entire collection by being the best Luke Cage story of Walker’s run. One day when Marvel issue a Best Of compilation it’ll be in there. And that’s the way to end a series.