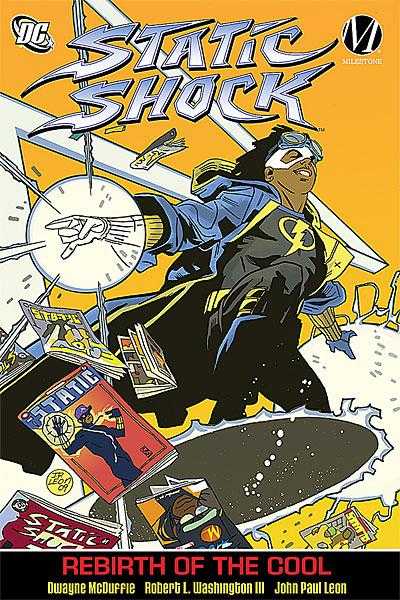 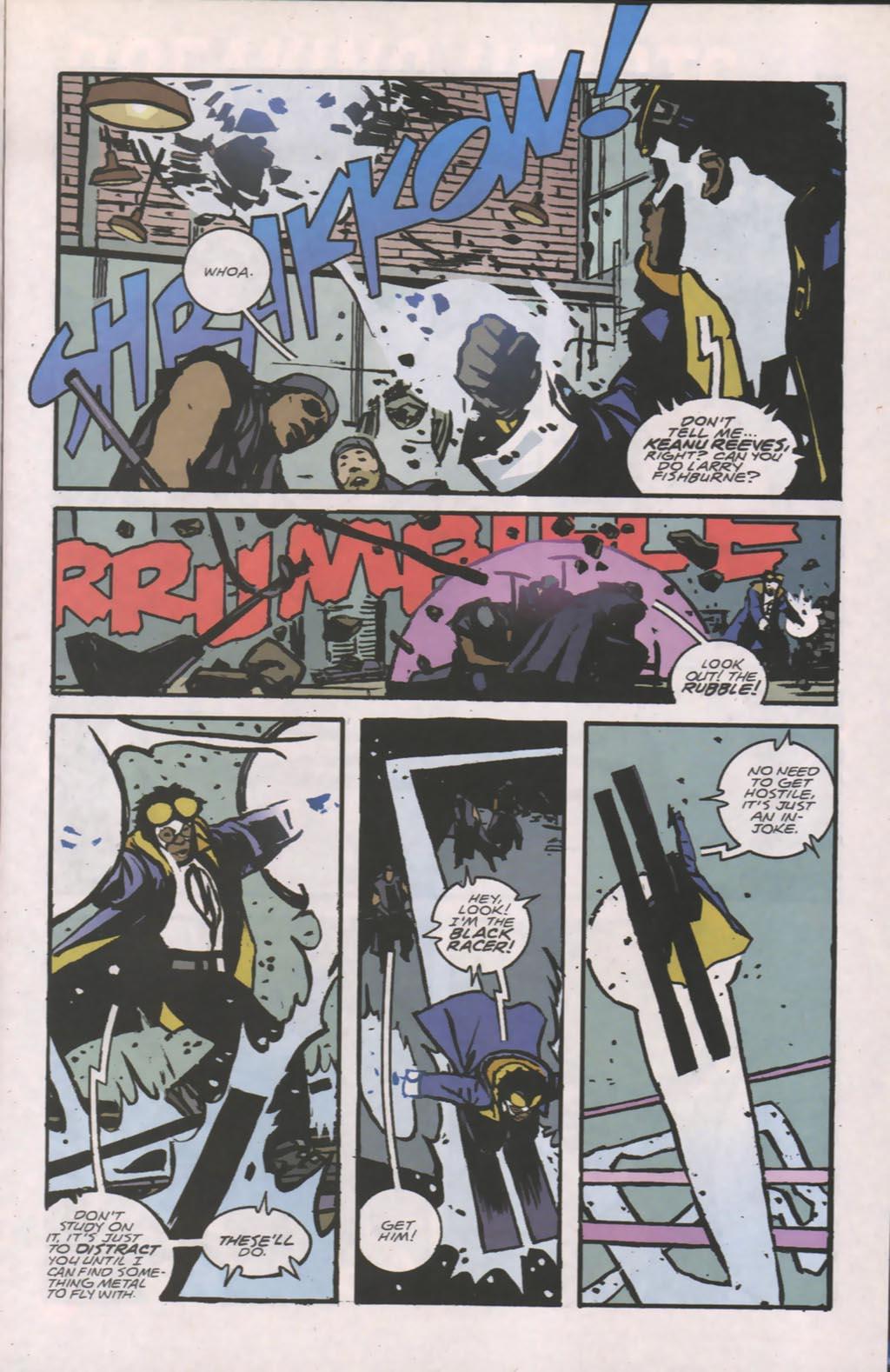 Of all the 1990s African-American characters created by Milestone Comics, Static was the one who really hits the spot. Dwayne McDuffie’s optimistic mix of Virgil Hawkins’ personal life given equal time to superheroics produced a thoroughly engaging comic, and it’s mystifying how little of the series was issued as graphic novels, especially given it spawned an animated TV show. In fact there was only one previous graphic novel, Trial By Fire, reprinted here in its entirety.

It’s a tidy introduction for a likeable character, establishing his powers and personality in the opening pages, then going on to explore the home life and supporting cast that give the feature some depth. By the title story time has moved on several months since Static’s first series ended, and a more contemplative Virgil has concluded being a superhero’s not for him. However, since someone’s abducting all those who received their super powers at the same time as Virgil, he’s forced to a point where he has no choice but to put on the costume again.

McDuffie’s fine flowing dialogue and quips are a joy to read, capturing a character precisely, and he knows well enough to feature some highlights from Static’s past. He rounds off old home week by featuring several other Milestone superheroes in cameo roles, and Hardware in slightly more than that. When the major menace is revealed they come as a surprise, and would appear to be well beyond Static’s power to deal with. Such is the thrill of superhero comics. McDuffie knows how to build to a punch the air moment, and there’s a naturalistic feel to Virgil’s cycle during Rebirth of the Cool.

As he designed the character and drew Static’s earliest outings it makes sense that John Paul Leon draws this, but as can be seen from the earlier material, his approach had evolved considerably in the intervening years. While he’d become a fantastic artist, he’d also become more stylised, and his shadowy dark figures and locations aren’t the first that come to mind when considering a bright superhero adventure. The feeling throughout is that the story could have been laid out differently for greater impact. Leon does provide a great pin-up spread of the massed Milestone superheroes, but what should be widescreen rarely leaps into that artistically.

Still, things could be much worse. This could be Static Shock: Supercharged.