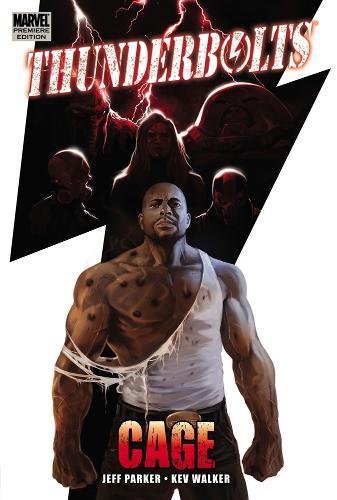 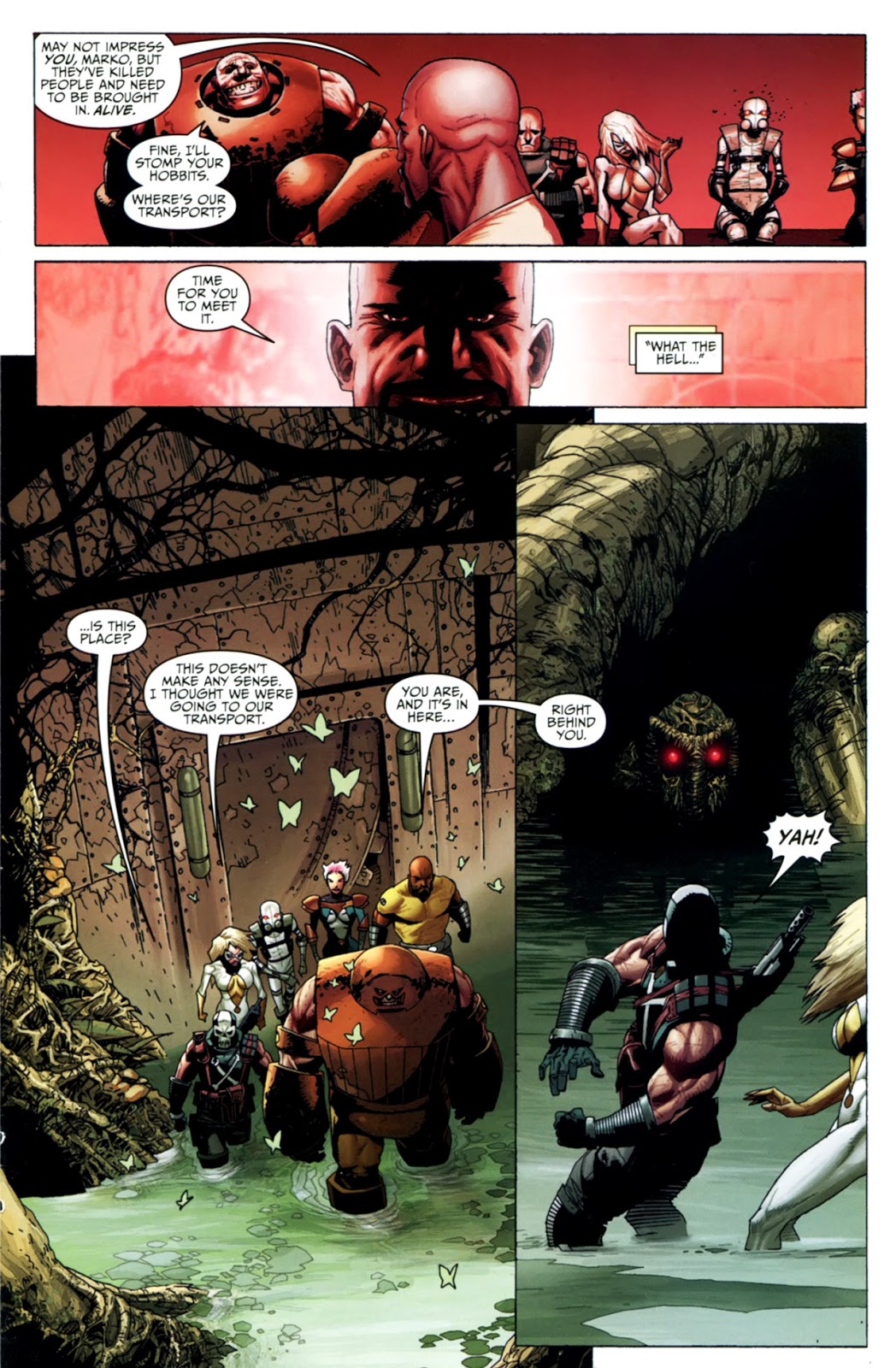 Norman Osborn’s era of running the Thunderbolts, a team of criminals and mercenaries sent on covert missions, ended when pretty much everything collapsed around his ears in Siege. This occurred in the main volume, not Thunderbolts: Siege, in which almost all the previous team took the exit door. Jeff Parker’s choice is to return some previous Thunderbolts, a fair percentage of the introductory team in fact, and add some other classic villains, with redemption again the primary purpose. Luke Cage has been chosen by Captain America to run the team from the Raft prison on the basis that he’ll have some understanding as he’s been through the prison system himself.

The psychological reasoning behind the team is logical, and having redefined the line-up, Parker introduces several intriguing innovations, starting with the introduction of Man-Thing as a method of transportation. It sounds nutty, but the way it’s explained makes sense, and it’s new way of looking at the character and what it’s capable of.

A new approach requires a new artist, and Kevin Walker is very good. He redesigns almost everyone, some simply, like giving Songbird spiky hair, and others more thoroughly, based on the designs used over the years, but now somehow worn and frayed around the edges. This is especially true when we see villains like Ghost or Juggernaut out of costume. Man-Thing’s always been a character lending itself to strong visual interpretation, and Walker amplifies its awkwardness. It fits in with the theme of monsters being used throughout most of this collection, and Walker’s designs for those hit the spot as well, snarly or gloppy as required.

Of course, as has often been the case with the Thunderbolts, the biggest monsters of all are actually human, or not too far removed, and Parker uses that idea several times. He also pokes gentle fun at the domesticated Luke Cage being seen in the Avengers around the same time, responding to a ringing phone with “my wife doesn’t tolerate me not answering unless Ultron is killing me. Even then.” Don’t get the wrong idea, though, this isn’t ridicule and Cage gets a great redemptive moment near the end, at least if you know the past between him and the person he faces. This is all amid a constantly moving plot shifting the Thunderbolts from one location to the next. Cage is a slim collection, but it’s packed with energy. Shadowland: Thunderbolts follows. 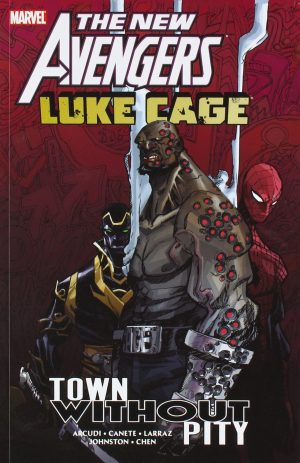