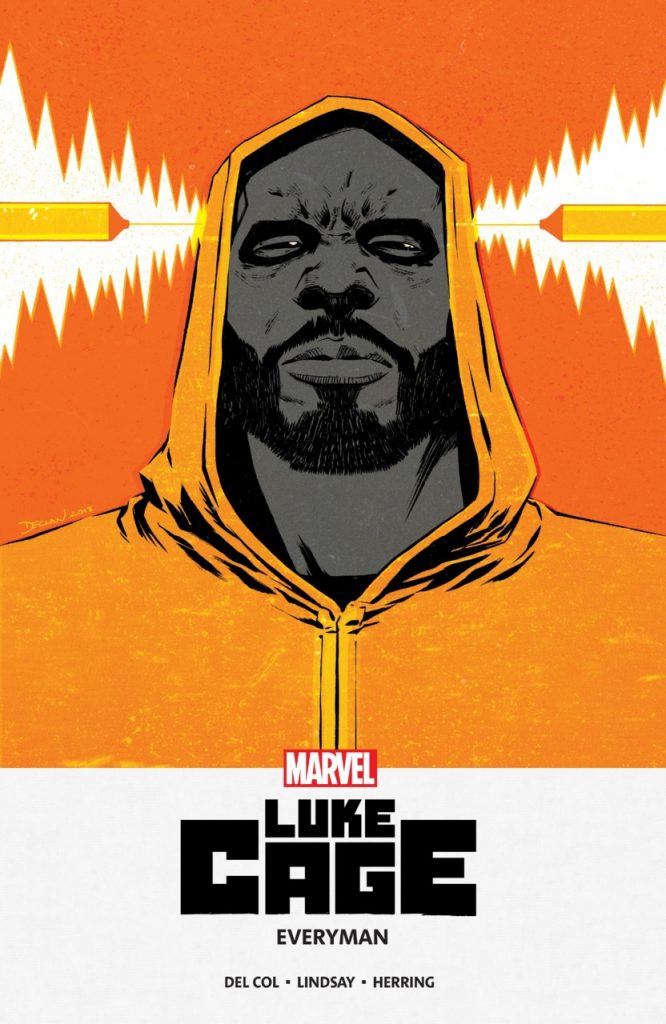 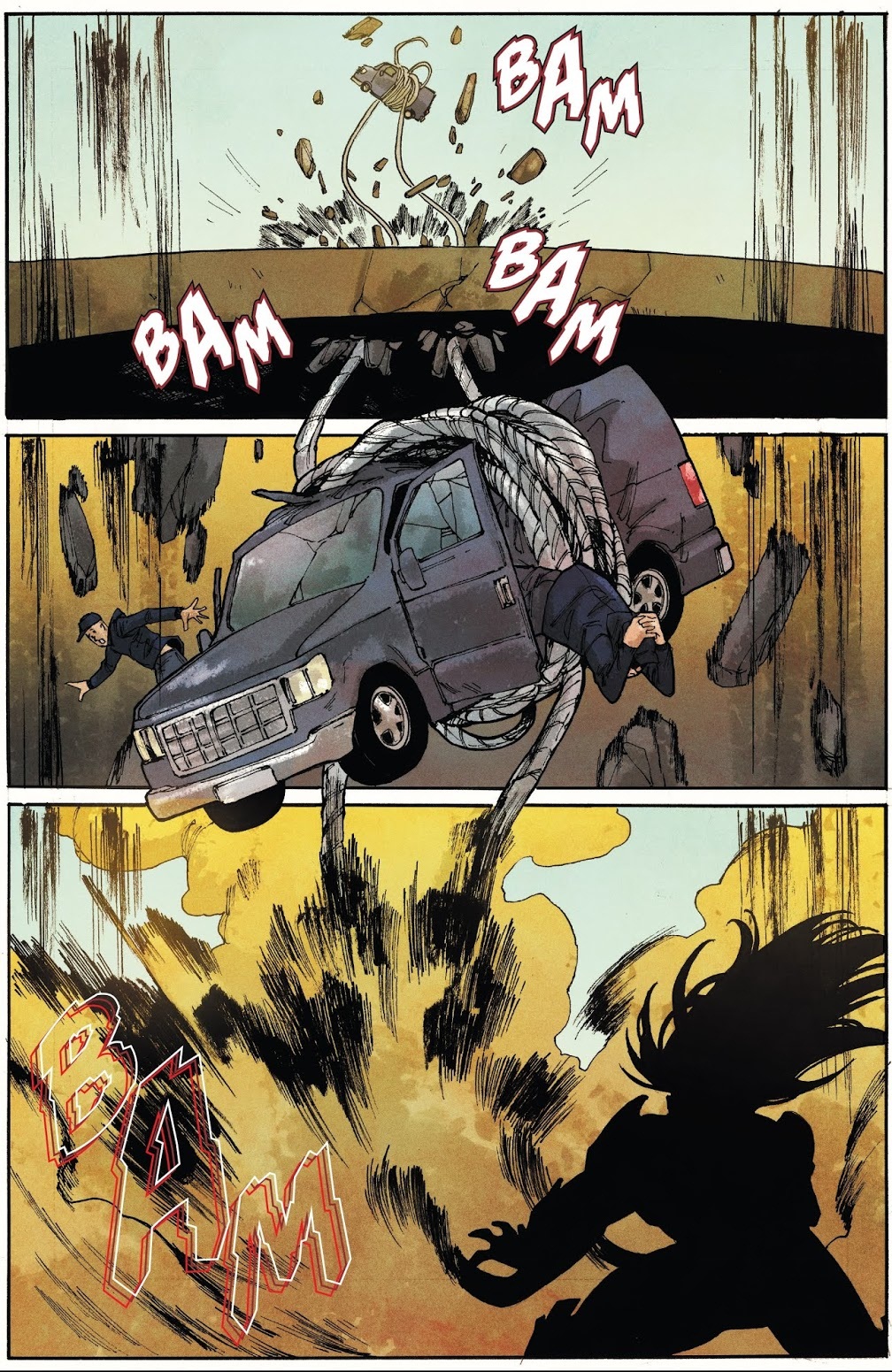 Two intriguing plot threads unite in Everyman, but without ever gripping as they should. The format scuppers the otherwise viable idea of Luke Cage having possible brain damage from repeated blows to the head over a long superhero career. It’s an interesting idea, and were it introduced in the course of an ongoing series it might work, but thrown into a one-off graphic novel by Anthony Del Col, the cynical voice of experience whispers that it can be discounted as it will have to be resolved by the end of the story. The other plot is a mystery. People in Harlem are being targeted for past misdeeds, although in a rather arch fashion, being anonymously served with a dollar bill on which a note is scrawled calling them out for past crimes. The complication is that Luke, who’s usually able to control his anger, is blowing up in public and briefly attacks the wrong people.

Plot inconsistency is reflected by Jahnoy Lindsay’s art. There are times when he nails a mood, or lays out a page imaginatively, making good use of long panels, and there are equally pages where there are problems with perspective and keeping his characters in scale. Some pages present great portraits of Luke Cage, and others look as if Lindsay’s headed off to the pub and had a mate help out.

Everyman was one of a series of one-shot graphic novels released featuring characters seen on Marvel’s TV shows at the time, and Del Col is successful with instituting the mood and pacing of the TV show, with Iron Fist given a secondary role. Much of the action revolves around a Harlem healthcare centre, and the mystery broadens to encompass the title. The Everyman sends out a super villain to create chaos, while sowing social discord, but the ultimate revelation is disappointing, too fictional if you will. Yet another person has harboured a grudge for decades about the way a parent was mistreated, studied hard, formulated a deadly virus and set it loose. Within this there are some nice scenes, with Luke being put at a disadvantage well thought out, but Del Col fails to convince regarding the easy way in which a community is agitated and turned to violence, nor with the simple turnabout at the end.

In the way that the Luke Cage TV show didn’t thrill as it should have done, neither does Everyman. The ideas are good, but never gel, and the art lacks consistency.