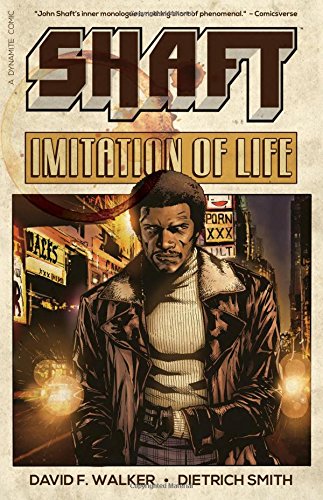 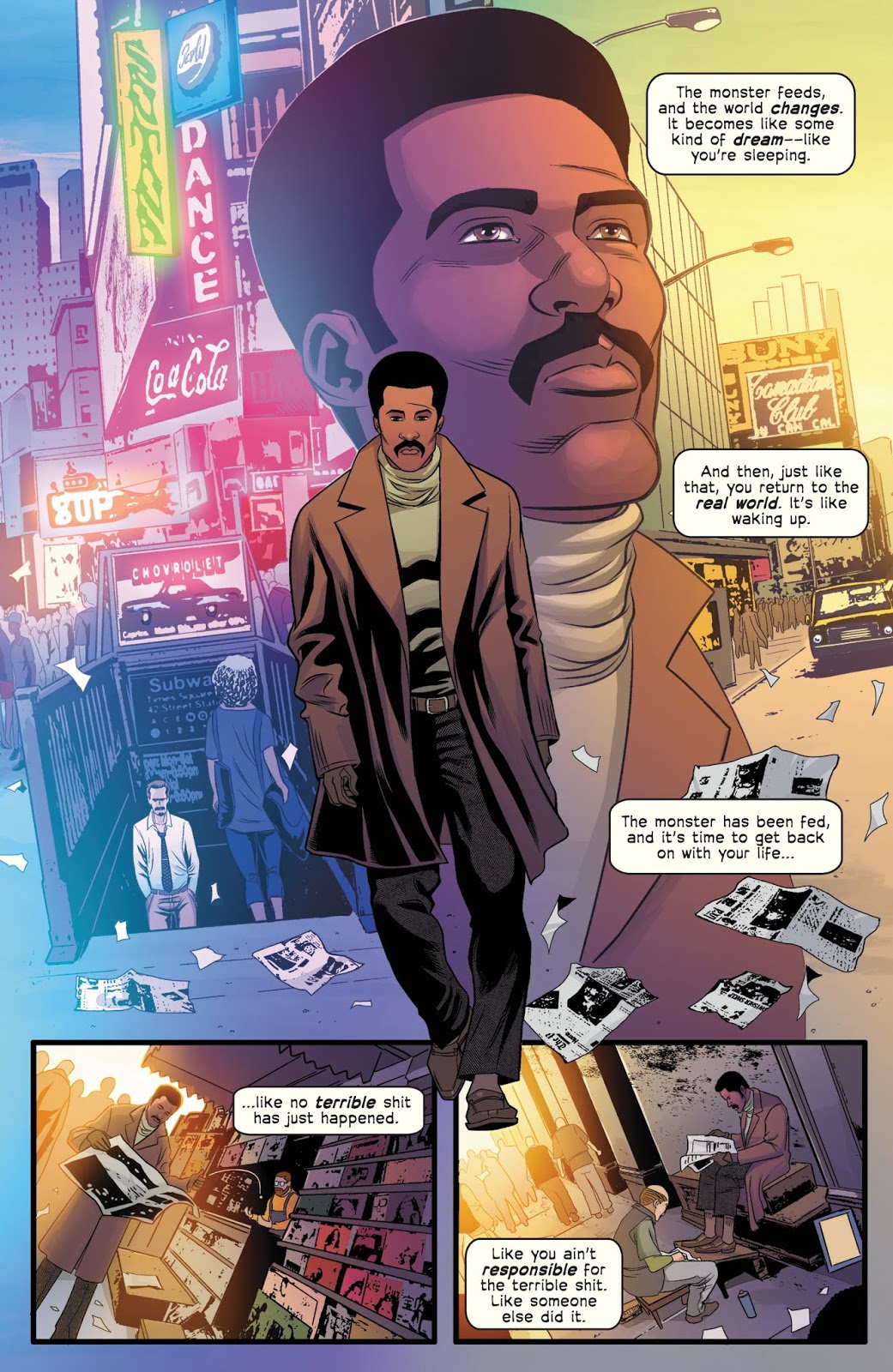 Perhaps it was the eccentric name, but Harlem crimelord Knocks Persons didn’t make the 1971 Shaft film. He was, however, a dangerously brooding presence in Ernest Tidyman’s first Shaft novel, and later appeared in another, so a fine choice for David F. Walker to transfer to this second Shaft graphic novel. Unfortunately, however, his is just a fleeting presence, and that’s a wasted opportunity indicative of Imitation of Life not being as compelling as A Complicated Man.

Very definitely contributing to A Complicated Man being so successful was the art of Bilquis Evely, and while also good and with a clean style, Dietrich Smith isn’t as accomplished in evoking the characters or the period. His layouts are fine, and he tends more to cartooning with some shopped in backgrounds, but his figures are posed with little sense of weight to them, often with fixed expressions, and there’s a lack of sensitivity. Instead of a gritty private eye in his dark world, Smith’s art presents almost a pastiche, a movie exaggeration perhaps being the intention. Part of that is definitely on the agenda in Walker’s script, which deals with the plastic and diminishing aspects of blaxploitation movies, but crucially, Smith doesn’t vary his style between environments.

Having in effect produced a year zero for Shaft, Walker now concentrates on the man in his early 1970s prime, with a reputation, the tools of his trade refined, his instincts honed. Rather than being a linear trail through a single case, Walker’s script is complicated, switching between concurrent investigations while Shaft’s also employed as the consultant on a movie set. As he did in A Complicated Life, Walker provides Shaft with an engaging narrative voice, pondering on his trade and life in general, and incorporates a few jokes on the sly. As previously, Shaft’s world isn’t one of political correctness, and the bigoted terminology of the 1970s flows freely.

Walker’s plot works, but is rendered more as pastiche, with the unsuitable art emphasising the opinion. While a perfectly acceptable take on Shaft, it’s a disappointment considering the standards that had been set.