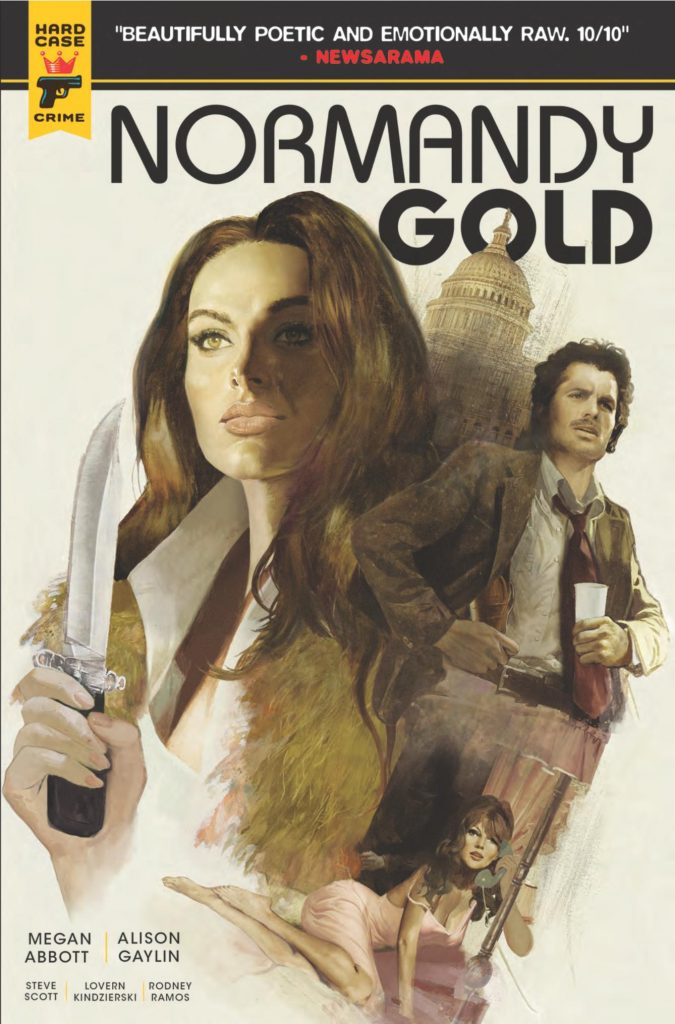 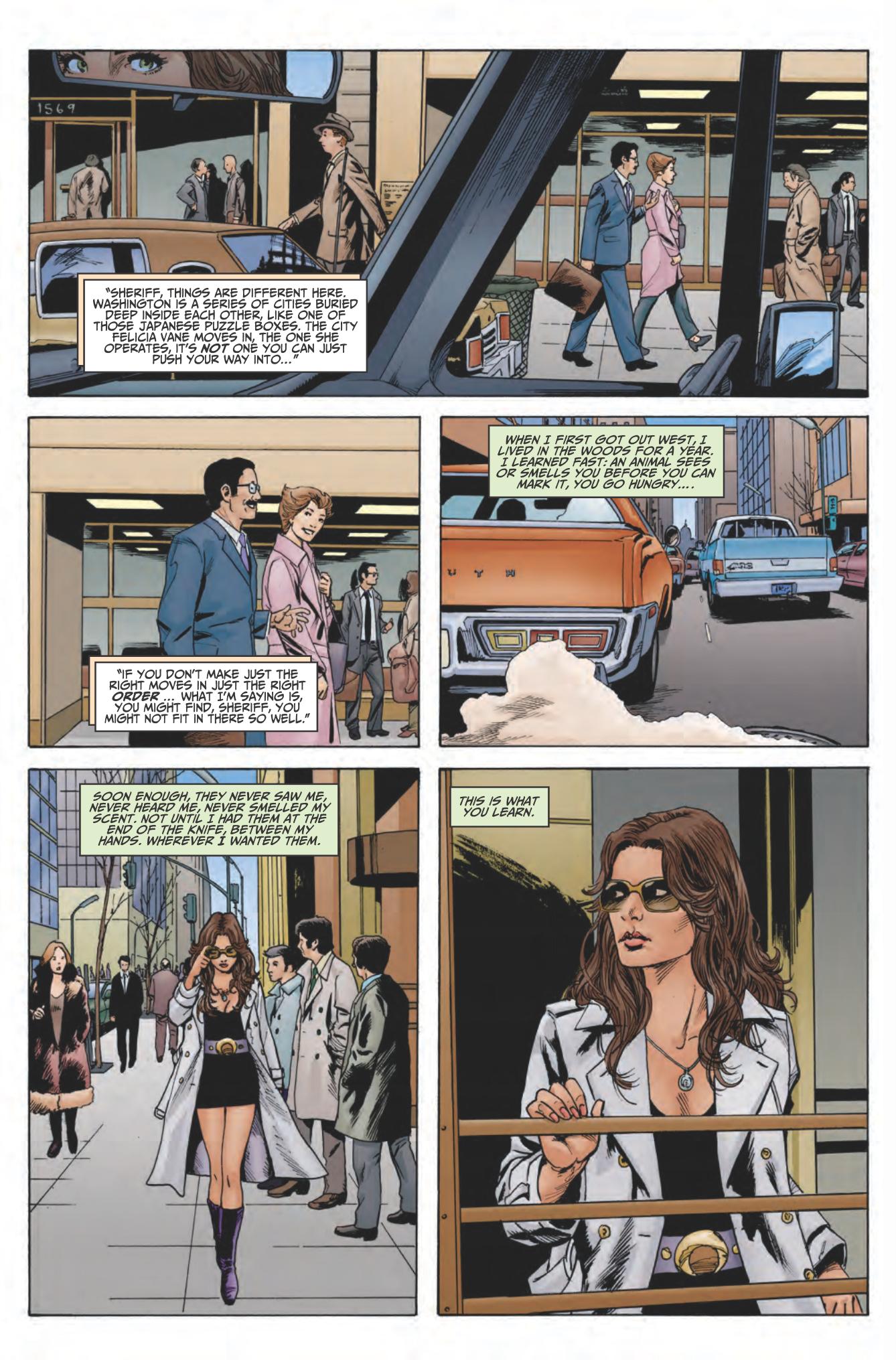 When the sister she’s not seen for years is murdered, Portland Sheriff Normandy Gold travels to Washington to discover how. In 1972 it’s a seedy city, but Normandy has no problem in wallowing in the filth to get to the truth, staring with joining the prostitution service that employed her sister.

Megan Abbott and Alison Gaylin both have plenty of experience writing crime novels, including Edgar Award wins, and an interview in the back of the book reveals their starting point was a love of 1970s crime movies, none of which ever starred a woman. Their professionalism is transmitted via first person narrative captions in which Normandy unravels her past as she goes about her business in the present. It’s a clever device, dealing not only with her improbable name, but also with how she’s equipped to undertake tasks a lot of women would find entirely unpalatable.

An appropriate world of tainted glamour is created by Steve Scott, an excellent storyteller who relies  heavily on visual references, pulled from a variety of sources as every supporting character is actually cast from real actors and actresses. You’ll spot some as you read through, and the others are revealed when the story’s finished. Normandy herself, however, is problematical. She was also cast, but images of Normandy can be pulled from three different pages and reveal three different women. Jaclyn Smith, Sophia Loren appear to have been used among others. They’re all well drawn, but the inconsistency is irritating. Some visual clues need highlighting, and Scott draws attention to these in inset panels, an interesting touch, which works well as it’s not a matter of underlining.

Normandy herself is an act first and think later person, and her taciturn, sometimes surly, personality is mirrored on the male movie heroes the writers cite as influences. Where the writing isn’t as convincing is that once ingratiated in the community, Normandy has a sledgehammer method of extracting information. She’s dealing with people used to living on their wits, so it’s too convenient that it takes so long before this directly confrontational policy draws attention. When the full plot is revealed, however, that becomes minor potatoes, because after a good twist halfway through, a further reason for the early 1970s setting is clarified as events feed into the political confidence of the era.

While the crime aspect is a well told and compelling story, this is a real having your cake and eating it project, as while highlighting the unfortunate life of a 1970s prostitute, the pages are filled with gratuitously titillating illustrations of naked women. 1970s crime movies may have been the inspiration, but none of them featured Gene Hackman or Clint Eastwood turning tricks. It’s as sleazy as some of the featured characters.