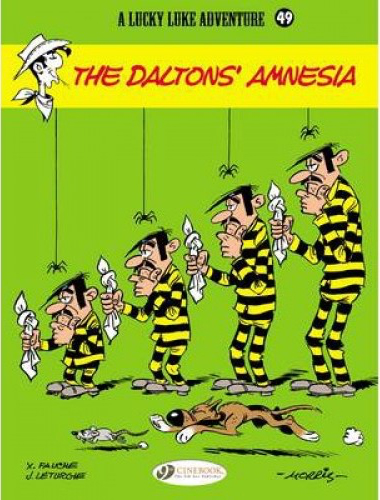 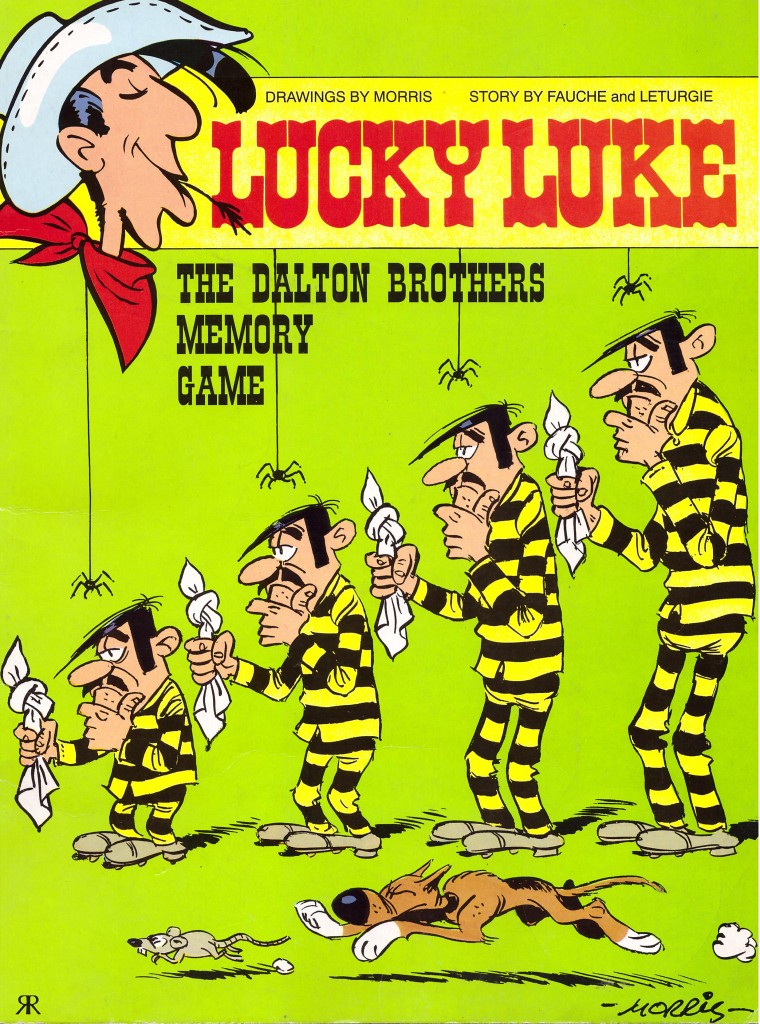 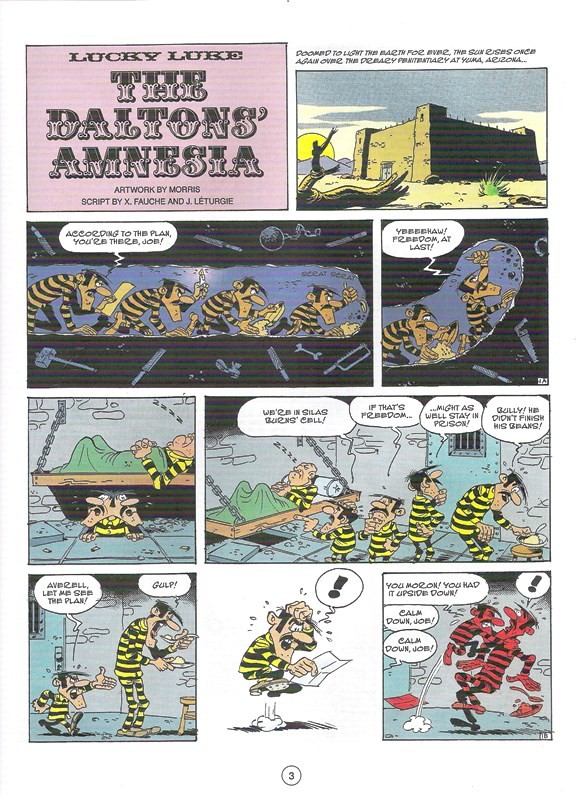 Those Dalton Brothers – Joe, William, Jack and Averell – spend a lot of time trying to break out of Yuma Penitentiary. It’s mostly Joe who eggs them on, Averell is quite happy wherever he is as long as he’s fed. When Joe hears another prisoner is being released due to an amnesia-inducing injury, on the grounds he is no longer the same man and can’t be held accountable for past crimes, Joe hits on a bright idea. All they have to do is “acquire” amnesia, but pretending to have amnesia is one thing, remembering to forget is another matter entirely. And how long can they keep it together when Lucky Luke is asked by Governor Blunder to ensure the Daltons’ state of amnesia is authentic?

Xavier Fauche and Jean Léturgie had previously worked with Morris on The Pony Express, and for The Daltons’ Amnesia they employ gags as old as Lucky Luke: acquiring amnesia, pretending to have amnesia, contrived plot devices used in comedies and soap operas for a long, long time. Frankly, they’ve been done to death and this part of the storyline quickly loses its charm. Nothing can rejuvenate it, not even a sub-plot involving an amnesiac Rantanplan (the mongrel dog that features regularly in Lucky Luke). The tale does come to life near the end when the Daltons have the upper hand over Luke, cunningly placing themselves into a position of power in order to put Luke on trial. What amuses is how Fauche and Léturgie poke fun at authority being used to justify wrong doing in the guise of the greater good, a theme they employ from the beginning, but doesn’t really predominate until the last quarter.

Morris is not on his best form, just keeping the story going from frame to frame with very few of his characteristic artistic flourishes. There is simply not the energy of his earlier work present here, his usual gorgeous silhouettes of the Western landscape sparse, and an abnormal amount of frames filled with less elegant detail than he usually produced. Unfortunately the old Morris spark is more of a dull glimmer here. It’s mostly just functional, references to Lucky Luke’s previous smoking habit presumably a wink to an older generation of fans, but not coming across very well.

On the face of it this is still Lucky Luke, although there is a nagging feeling that something is missing. The Dalton’s Amnesia is not exactly a chore to read, but it’s far from satisfying. In Cinebook chronology Seven Stories is the next album in the series. This was previously issued with a different translation by Ravette Books as The Dalton Brothers Memory Game, in 1991, coinciding with the European release, but proved a stillborn experiment in introducing Lucky Luke to British readers. 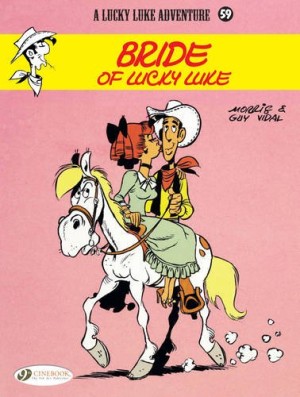